Auckland is located on the North Island of New Zealand. It is a quiet little city compared to most busy cities in the world. However, if you have not been to Auckland before, you will be surprised at how many things you can do in downtown Auckland itself. There are more attractions outside the CBD area and most places are within half an hour's drive. You can do sight-seeing, family activities, adventure touring and shopping all in one day, without having to spend hours travelling on the road.

Places to visit in Auckland

The Viaduct Harbour located at the waterfront has plenty of bars and restaurants that open from breakfast till late at night. A leisurely stroll along the waterfront at any time of the day is just so relaxing.

Sky City has a casino, shops, restaurants, cinemas, hotels and the Sky Tower which is the tallest man-made structure in New Zealand. Spectacular views of Auckland and its surrounding area of land and sea can be seen from the viewing deck of the Sky Tower. Those who are looking for some excitement can try Sky Walking at 192 metres above the ground or do the bungy Sky Jump off the Sky Tower.

View of Auckland from Sky Tower

There are plenty of great places for shopping with great bargains in downtown Auckland. Check out the Westfield Shopping Mall, Queen Street and the famous Karangahape Road (K'road) in the city.

Auckland has numerous markets in the city area. There are flea markets, craft markets and farmers' markets. The markets are open on different days of the week. Some of the markets are City Farmers’ Market at Britomart, Auckland City Market, Victoria Park Market, Devonport Craft Market, Karangahape Road Street Market, Parnell Market and Auckland Fish Market.

DressSmart in Onehunga offers shopping at factory outlet prices. There is a free shuttle bus from the city to DressSmart from Monday to Friday. Timetable is available from Tourist Information Kiosks and most hotels.

Get the kids to identify all the animals at the Auckland Zoo. Hunt down New Zealand's nocturnal icon, the adorable little brown kiwi.

If you would like to do some skiing or ice-skating, Snowplanet is an indoor snow resort for children and adults to have snow experience the whole year round. Bring your own warm clothings and gloves.

Interesting places to see in Auckland

Auckland has excellent ferry services to the Hauraki Gulf and Barrier Islands. Take a short cruise by ferry and spend a day exploring the streets and shops in beautiful Devonport. Climb up the volcanic cone and admire the view from North Head.

The most famous volcanic island should be included in your holiday itinerary. Take a ferry to volcanic Rangitoto Island and spend half a day exploring the beach, volcanic rocks, caves and walk along the crater rim on Rangitoto. A climb to the summit of the cone takes less than 30 minutes.

Another island worth visiting is Waiheke Island, 40 minutes cruise by ferry. Visit some of the vineyards on Waiheke Island with wine tasting on the menu or spend the rest of the day at the beach.

Watch some marine animals in the Hauraki Gulf. Book a Whale and Dolphin Safari to the gulf and watch the whales expel a spray of water though their blowholes. There will be a school of dolphins waiting in the gulf to greet you.

If you want to travel a little bit further, take a half day tour to the Waitomo Caves to see the famous glowworms. Visitors are not allowed to take photos in the caves but you can get yourself a stuffed glowworm from the souvenir shop. Stop by the Big Apple Cafe in Otorohanga for a scrumptious lunch, hokey pokey ice-cream and pick up some fresh fruits on the way back to the city. 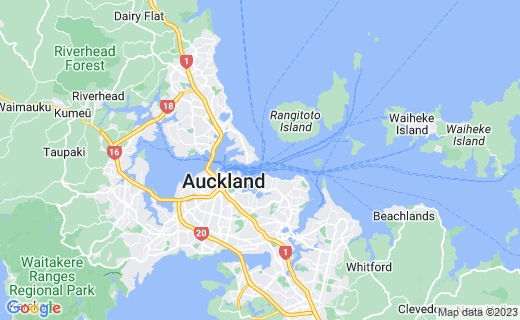 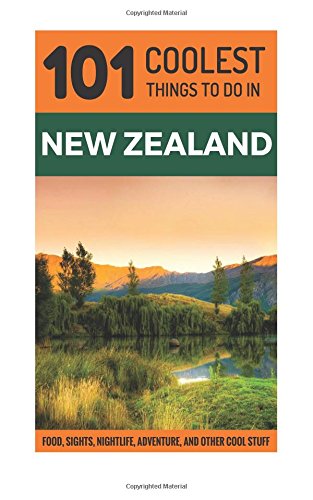