Stephanie Launiu is a Native Hawaiian lifestyle and cultural writer. She has a degree in Hawaiian Pacific Studies. She lives in Hilo.

Many people are unaware that Hawai'i is the only one of the American states that cannot be reached by land. Although it's a long challenging drive, even Alaska can be reached by car from the "Lower 48".

On top of that, residents of the Hawaiian Islands can only get between the eight populated islands by airplane. The islands have dangerous currents running between them and travel by boat between the major islands is uncommon. Cruise ships have regular routes between the islands, but the cost is prohibitive for most people living in Hawai'i. 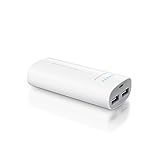 The Need for Green Travel

With all of the energy expended bringing people to and from Hawai'i and between the islands, it is crucial to the future of the Hawaiian Islands that serious efforts be made by the transportation and tourism industry to offset the carbon emissions that belch out into the air now.

A commercial airliner is typically a 200-ton flying machine that guzzles 36,000 gallons of gasoline. On a roundtrip flight from San Francisco to New York, an airplane emits carbon dioxide equal to two or three tons per person. That's one helluva big carbon footprint!

And carbon dioxide is one of the main gases responsible for climate change.

There are dozens of major airlines that fly in and out of Honolulu International Airport. Flights originate and depart to and from points all over the world. The airport averages more than 50,000 passengers daily who arrive and depart by air.

Three popular airlines for flying people to and from Hawai'i to Mainland America are Delta, Alaska Airlines and Hawaiian Airlines. Although all major airlines worldwide are initiating efforts to make their airplanes and company operations more environmentally friendly, here is what the three airlines mentioned above are doing to be more responsible corporate citizens.

When you are making future travel plans, why not take into consideration how "green" the airline is that you will be flying with?

Delta Airlines, with its fleet of over 700 aircraft, flies to and from destinations all over the globe. Just think what an environmental difference even a small change in practices by Delta can have over time.

Delta's carbon offset contribution has been responsible for the planting of over 275,000 trees by the Conservation Fund and Nature Conservancy. These trees will trap millions of tons of carbon dioxide over their lifetime.

To conserve fuel, Delta is making a host of changes including replacing its cargo containers with lighter models. This will save at least 1.3 million gallons of fuel annually. In 2008 alone, Delta used 1.4 billion fewer gallons of fuel than they did in 2000. This is equivalent to taking more than 2.5 million cars off of the road for an entire year.

Since 2004, Alaska Air has decreased its carbon footprint by more than 30% by using several creative innovations:

Hawaiian Airlines, founded in 1929, is Hawai'i's premier "hometown" airline. Since Hawai'i residents are dependent on air travel to visit relatives on other islands, receive specialty medical care not available on the island they live on, or to leave the state, it has become culturally important to many residents that we have an airline that we feel is based in Hawai'i and participates in our communities.

Unlike other major airlines, Hawaiian is licensed to fly between individual islands and on domestic flights between Hawaii and mainland cities such as New York, Seattle, Los Angeles, San Diego, Portland, San Francisco, etc. Hawaiian also flies between Honolulu and international destinations in Australia, Japan, American Samoa, Taiwan,Tahiti, Korea and the Philippines.

Hawaiian Airlines flies about 8 million customers a year and in North America, it provides daily service to Hawai'i from more cities than any other airline. Hawaiian continues to pride itself on its commitment to on-time service, safety and the spirit of aloha. It has also pledged to continue providing a free meal on its trans-Pacific flights even though that seems to be a dwindling benefit of air travel these days.

Hawaiian Airlines was the first airline in the world to earn aviation-based carbon credits. These are credits, earned one flight at a time, that help the environment.Just as a clean car engine helps you get better gas mileage, the eco-friendly system it's been using to clean their plane's engines has helped reduce the company's carbon footprint in the air.The jet engines are pressure washed with pure water two to three times a year with water that is recycled. This helps the planes to fly cleaner and use less fuel.

Since using the Eco-Power engine-washing system on all of its 750+ jets, Hawaiian Airlines has saved more than 2.5 million gallons of fuel and lessened its carbon dioxide emissions by nearly 22,000 metric tons over six years.That's a lot considering that the average car driver emits 8 to 10 metric tons of CO2 in one year. It's that emission reduction that's earned Hawaiian the carbon credits, a first in the aviation industry.

The airline has been making other efforts to save fuel, such as acquiring a fleet of more fuel-efficient aircraft and using lighter passenger seats and service carts. Every pound of weight they can cut off of their planes saves fuel, money and makes the air a little cleaner.

Need a car while in Hawai'i? You can "go green" on the road too!

So once you're in Hawai'i, you'll need to decide how you'll get around. Never fear, you can "go green" in this department too.

GreenCar Hawai'i is available on the islands of O'ahu and Kaua'i. "Friendly service, good karma and a better experience." If you are over 21 years old with a valid driver's license, you can reserve a clean energy or electric vehicle such as a Nissan Leaf, Ford Fiesta, Escape Hybrid or Mitsubishi Outlander. Each vehicle is equipped with a full tank or charge and comes with free mileage, free hotel parking, and 24 hour roadside assistance. (877) 664-2748

Enterprise CarShare (previously WeCar) is a car-sharing program that allows you to rent a car by the hour or the day. The available fleet includes hybrids, electric vehicles and fuel-efficient sedans. The hourly rate includes all fuel costs and damage/liability protection. This program can make sense for you if you just need a car for a few hours. Go green and save money at the same time.

Ride Sharing is not a new idea. It's simply moving more people around in fewer vehicles. Hawai'i has a lot of options if you're open to sharing rides with others. Check out these sites: hidot.hawaii.gov, lotma.org, erideshare.com, carpoolworld.com, and vride.com.

Park and Plug There are an increased number of EV charge outlets available on the Big Island, Maui, Kaua'i and O'ahu. With an increased use of electric vehicles, finding a place to plug in becomes ever more important.

EcoCab is Hawai'i's first hybrid cab service using Hyundai Sonata vehicles. Using GPS devices, each car is updated frequently for traffic conditions to get from point A to point B as efficiently as possible. Each car is a Wi-Fi hotspot, but you can also use the Samsung Galaxy tablet located in the back seat of each car. Only available on O'ahu. (808) 979-1010.

TheBus is one of the most convenient and "green" ways to get around O'ahu. You can get almost anywhere on the island on The Bus. For those staying in Waikiki, the terminals at nearby Ala Moana Shopping Center will get you virtually anywhere you need to go if you're open to riding on a bus and transferring, if necessary.

You can put your bicycle on a rack on the front of each bus. Most buses are wheelchair accessible.

TheBus's online service is a big help. Log onto hea.thebus.org on your phone or download the DaBus app. Type in the bus stop ID number that is normally on the bus stop sign and you'll see a pretty accurate list of the next buses. I've always had a good experience with their phone operators too. Call (808) 848-5555 if you need help finding the right bus to take.