Hai Phong, Once Coming Then Staying

Hai Phong or known as the Flamboyant City is the third largest city in Vietnam and an important deep water seaport that is busy with vessels and cruise ships running around. Apart from its economic and military potential, the coastal city also hosts a load of scenic beauty spots as becoming an amazing tourist hub of the country. Just take an east-bound drive by Hai Au bus with a VND85.000 worth ticket from Ha Noi Capital that is roughly 120 kilometers away, you reach the Flamboyant City in 3 hours. And there you go, hanging out smack-dab in the middle of the city, where you can easily find a reasonable price hotel. Don't worry if you can't get a hotel, there comes a battery of cheap guesthouses or motels, though. Once settling in a favorable hideaway, get ready to explore the city and its attractions.

Let's roam about the downtown

For those who live in big cities, well, traveling sometimes means an escape from the everyday hustle and bustle, so the downtown of Hai Phong City turns out to be awful silly to call on. However, you'll never regret to knock around the heart of such a dynamic city since it serves you well with both cultural and natural values. As you trek along the Tam Bac Lake (Hồ Tam Bạc) either on Nguyen Duc Canh street or Quang Trung Street on another bank, there show plenty of fantastic landmarks, for instance, Sat Market (Chợ Sắt) that once emerged as a hectic trading center in the past despite being abandoned after a fierce fire in 1985. Oh c'on, you'll learn, as doing some chitchat with the locals, many a traditional trade like sedge mats (chiếu cói) that are skilfully weaved by Lat Duong craft villagers in Tien Lang, or metal household appliances and ornaments cast in My Dong Casting Village. If you want to first-hand witness how those things are made, take some time to travel to these craft villages and start getting insight into their everyday history-long traditional jobs.

Then the both streets along the Tam Bac Lake end up joining another couple of streets namely Tran Hung Dao str. and Tran Phu str. right at the city square that surrounds other remarkable landmarks, among which the Hai Phong Opera Hall appears glamorously in its French colonial style paint and architecture. Coming along, Quan Hoa - a cluster of several flower selling kiosks embellishes the center with colorful fragrant flowers. You just walk from the Lake down the street to get through the city park and wind up sitting at rest on a park bench and enjoy yourself with fresh air under lush green trees. Facing your eyes, there comes a range of parks and flower gardens along the parallel streets toward the main gate of Hai Phong Port. Though Hai Phong becomes one of the largest and populated cities in Vietnam, part of the city remains its age-old architecture with plenty of old houses that are harmoniously joined by other modern structures. And such an architectural mixture draws lots of admiration on beholders.

As Hai Phong City is interrupted by various watersheds which forms a series of lakes and rivers. On your visit to the Flamboyant City, you must come to see An Bien - Dao Lake (hồ Đào) and Quan Ngua Lake that looks like an lonesome islet emerging in the due midst of the lake, where the youth cultural center is located. That emerald green water of An Bien - Dao Lake is twinkling under the sun makes it wonderful for hanging out with friends or contemplating yourself as you look toward An Dan Buddhist Temple over the lake.

And if you're tired of walking, well, take a taxi for a city tour around some principal streets. It's funny to see 2 main taxi brands whose exclusive brand colors, that is Pink and Turquoise, stand out as iconic means of transportation there.

However, if you're open to risk taking and ready for any random adventure, hail a motorbike taxi for a city tour whilst challenging yourself with some bargains in service pricing. Once you making yourself show up in some public places, a host of motorbike taxi drivers flocks to you to ask if you would like a tour around. With a helmet on, you're going through hustling streets piercing the heart of the city while feasting your eyes on marvelous landmarks.

It's not abundant to mention that you, especially if you're a foreigner, would sometimes be charged an arm and a leg just for a short tour or for traveling in small distance. And it would turn out to be a trouble if you might bargain aggressively or the driver might dwell on how stupid you were for that game. Either, if worse comes to worst, it might result in some escalation, and bang, either side might surrender; otherwise, both would get hurt or legal punishment. Hey, I'm just kidding, don't worry, it's no big deal, though.

Actually if you might understand the local dialect, it would be more fun to observe their accent and colloquial wording. Some curse words may be spoken out, though they mean no harm or offense at all due to their permanent habit of speaking. That omnipresent spoken language makes the city in particular and the whole province in general own its ridiculous reputation that comes easily to be recognized the citizenship when one utters it out elsewhere across the country. For example, the first consonant 'n-' is mispronounced to 'l-', like 'nine' into 'line' in English.

Foodstuff as you want to fill yourself up

You're hungry after a long walk, aren't you? Well, just grasp something nice to bite now. It's suggested to have some local delicacies typically including Banh Da Cua (Bánh đa cua or reddish rice noodle with fresh-water-crab sauce), banh da ngan (bánh đa ngan or rice noodle with duck-flesh slices) and other snacks embracing Gia be (Giá bể or local sea snails), Gio cake (bánh giò), Bo cake (bánh bò), Xoi che (Xôi chè or Sticky rice with sweet soup), etc. And prices for those dishes are also incredibly reasonable, just around VND20,000 a bowl. Some dining places for each delicacy as follows:

Gia be (giá bể): around the Quan Ngua Stadium 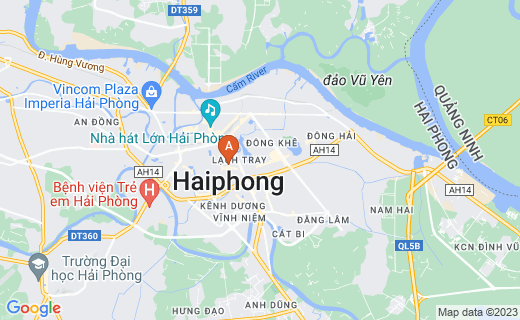 Thank you for your attention.

Most of the photos posted in this article belong to the author, except the first one archived online with the source cited.

For other articles of the author, please check them out: