On Tuesday, January 12, 2010 at 21:53:10 UTC a 7.0 magnitude earthquake struck Haiti at a depth of 8.1 miles. The epicenter was located 15 miles WSW of Port-Au-Prince. Since then there have been 59 aftershocks so far. A number of these were rather strong aftershocks. The aftershocks have ranged from 4.2 to 5.9 magnitude in strength.

You can view this on a Google Map, Haiti Earthquake Epicenter. 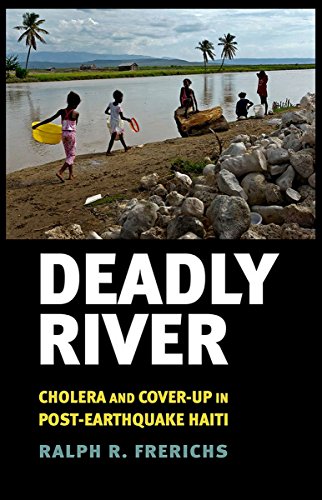 While tons of aid have been delivered to Haiti so far, it isn't nearly enough considering that 3 million people there need food and water. I suspect once the new air tower is erected at the airport and when they are able to reopen up the port that then this will allow aid to more easily get to those who need it. Right now the airport is a major bottleneck in getting food and water to the people.

Venezuelan leader Hugo Chavez is claiming that the U.S. used a tectonic weapon to cause the earthquake that struck Haiti. He says this weapon may be a part of HAARP. Some people claim that HAARP is part of some secret U.S. government project meant to control the weather and possibly use it as a weapon. Many people in the USA consider Hugo Chavez to be a whack job freak to put it nicely.

Why in the world would the U.S. do such a thing if we did have such a weapon? Considering how poor Haiti is what would there be to gain from this? Besides I think its safe to say that the U.S. government and its citizens have donated and contributed more to relief efforts than any other country. If not the most, we are near the top of this list.

Aerial satellite view of the damaged buildings in Haiti.

How can I find Friends and Family in Haiti?

To find out more information on friends and family you may go to a web page the U.S. State Department has setup to serve as a clearinghouse of information. It has a Haiti Person Finder tool that will be useful to many.

Americans trying to find out more information on family and friends in Haiti may call this State Department Operations phone number: 1-888-407-4747. When call volume is high some callers may get a recording.

How Can I Help The People in Haiti?

President Obama has asked former Presidents Bush and Clinton to oversee coordinating private assistance from the public. The web site that has been setup where you may make a donation is located at www.ClintonBushHaitiFund.org.

You may also text "QUAKE" to 20222 to donate $10 to the Clinton Bush Haiti Fund. This $10 donation will be charged to your cell phone bill.

If you would prefer you may make a donation at the Red Cross. Or you may donate $10 to the American Red Cross by texting "HAITI" to 90999. Charges will be billed to your monthly cell phone bill.

It is best to donate money instead of material goods as the logistics involved in actually delivering physical goods so far away is just too complex and expensive. 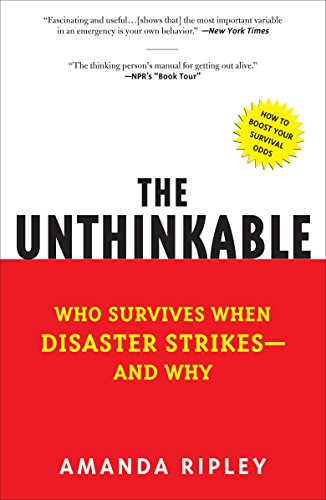 The Unthinkable: Who Survives When Disaster Strikes - and Why
Buy Now

The Haitian government puts the final death toll at 316,000.

Please participate in the poll below so I can further improve this hub to meet your needs.

Do you want more Twitter Followers? Twiends is free and really works! You will be amazed how fast you start getting new followers, I know I was.

Do you enjoy writing? Would you like to earn some income from it and not have to invest one penny now or ever? You can write at HubPages and get paid for it!

Why did you visit this hub today?

If you found this hub useful please Rate It "Up" using the green oval button below. You can easily share this hub with your friends with the "Share It" button. You can also rate this hub as "Useful" and "Awesome"!