The Bookshops of Hay-on-Wye

Hay-on-Wye, often shortened to just Hay, is a book lover's paradise. With around 30 bookshops spread around this small medieval town it's one of the best places on the planet for literary kind of people.

It all began in the 1960s when the first bookshop was opened by Richard Booth. He championed the booksellers and set the seed for what was to grow into the world's leading book town.

This sleepy community in the shadow of the Black Mountains, on the river crossing where battles were fought between the Welsh and the English, near a national park, would reinvent itself yet again.

With the coming of the Hay Festival the popularity of the book just sky rocketed and the town has never been the same since.

Many of the shops and stores are housed in ancient buildings, adding to the rarified atmosphere. You may have to watch the medieval oak beams as you enter. You can listen to the floorboards creak in a quiet corner as you flick through your horror novel.

From rare copies of fine poetry to second hand bruised paperbacks or a collectors antiquarian you could end up buying just about anything - your dream novel, signed by the author, 1st edition, inscribed hardback copy?

No problem. On the shelf a little to your left, next to limited editions and rare copies.

In this article I'll give a brief description of the town, how to get there and a guide to the bookshops and stores.

Hay-on-Wye is in a picturesque part of Wales, in Brecknockshire in Powys. It has a castle on a hill mound, narrow streets and alleyways that turn this way and that and many quaint houses, pubs and cottages.

And don't forget the books! For a population of around 1500 souls there are estimated to be upward of half a million books. That's 333 books for every person living there! There can't be many places in the world to compete with that statistic.

Shopping for books has never been so intense, so pleasurable. If you're a book lover Hay-on-Wye is a definite paradise. 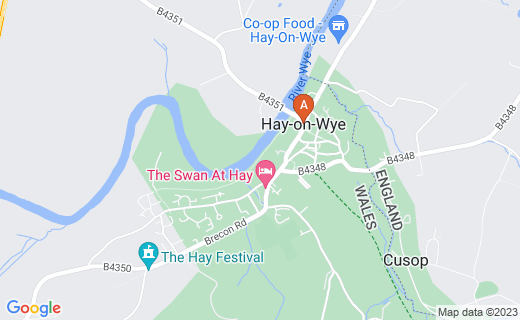 A beautiful bookshop which was formerly a cottage. You'll find shelves stacked high and full with all kinds of children's literature to inspire and enthral. Both new and second hand books are for sale here. 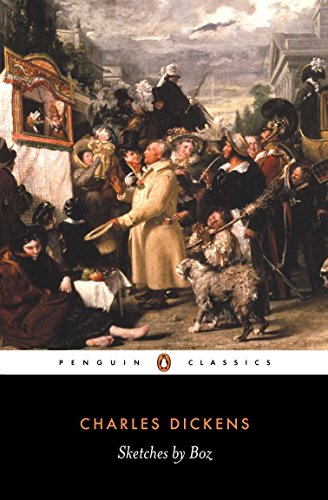 Sketches by Boz (Penguin Classics)
The original Sketches by Boz, the first fiction ever written by Charles Dickens. A superb read. You can see the beginnings of his genius as he sketches characters and events from London and other places in England.
Buy Now

A small but enchanting shop that specialises in all things Victorian, including works by Charles Dickens. Enthusiasts of 1st editions and rare volumes will not want to leave!

You may have heard of Boz. It was the pen name used by none other than Charles Dickens when he first started submitting fictional pieces to magazines such as The Monthly Magazine in London in 1834. Sketches by Boz, a collection of stories, was a book later published in 1836.

"Who the dickens 'Boz' could be,Puzzled many a learned elf,Till time unveiled the mystery,And 'Boz' appeared as Dickens's self."

The longest established bookshop, started in 1965, housed in a former cinema which has been restored. This is the place to come and browse if you want to snap up a bargain or find a rare book or two. It has everything, from Astrology to Zinc mining. Hardly surprising when you discover that there are 200,000 books inside.

Situated on top of the Cinema Bookshop. You'll find antiquarian books here on subjects such as architecture, travel, art history. These are fine volumes. Expect to pay a little more. If it's quality rather than quantity you seek then this is the shop for you. An offshoot of the original Frances Edwards started in London in 1855. 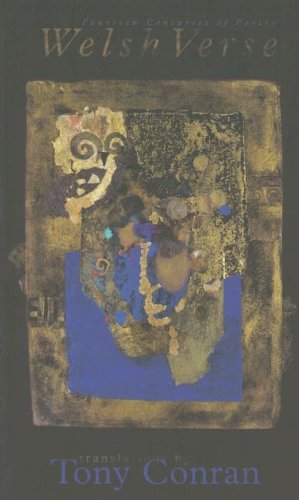 Welsh Verse: Fourteen Centuries of Poetry
Covers the whole range of poetry in Wales, from early mythological stories to Dylan Thomas and on into modern Welsh poetry.
Buy Now

Started by poet Anne Stevenson this excellent shop is now run by Chris and Melanie Prince. Poetry is for sale, only poetry, making this one of the most exclusive shops in the UK. Inside is packed with volumes both common and rare. You can find a signed 1st edition American published Opened Ground by Seamus Heaney for example. Or a Robert Lowell Life Studies 1957 Faber hardback with dust jacket.

Poets from around the world as well as British and American are well represented.

This is more than a bookshop. There are seats and superb lighting, plus a café and an art house cinema just in case you prefer your books with a cappuccino. The 'King of Hay' has created a very special place crammed with contemporary and rare books.

An unusual set up - there are 3 separate shops - dealing in sex, art, philosophy and the occult. It just shows how popular these subjects have become! If alternative thinking is your thing then look no further. A treasure trove of all things bohemian.

With a 15th century shop front and a classic free swinging sign this is one of the focal points of the town. You'll come across bestsellers, rare treasures, all sorts of books to get your teeth into.

A wonderfully named and decorated shop full of crime, horror and detective fiction. If murder, intrigue and gore attract you then you could spend hours, until dark, browsing through thousands of titles. And remember, don't wander too far from the street light if it's a full moon.

This is a very curious bookshop. Most of the books are outside in the fresh air. You browse, choose then pop your cash into the honest box!! I guess if you're feeling particularly dishonest on the day you can just walk off with your book - but I'll bet there are NO dishonest people at all in Hay-on-Wye. It's just not that sort of town.

Each year authors and book readers flock to Hay for the festival which is usually in May and June, when there's a 5% chance of dry, warmish weather. It's one of the literary highlights of the year and attracts people from all over the world.

Hay also collaborates with book lovers in other countries to 'inspire, examine and entertain'. You'll find festivals of a similar type in Colombia, India, the USA and Europe. All over the world in fact, wherever books are read and loved.

But Hay offers much more than a focus on authorship and reading. As Bill Clinton said, Hay Festival is 'The Woodstock of the mind'. Actors, musicians, artists, poets, scientists, environmentalists and political commentators are given the stage to read, question, delight, answer and often provoke their audiences.

The town's population swells to outrageous proportions as enthusiasts pour in to get their cultural fix.

So, that's the town of Hay-On-Wye, one of the leading places anywhere in the world for books. The ten bookshops I've mentioned are special but don't forget there are another 20 or so more spread out around town. Plenty for the bibliophile to wile away the hours!

And of course, it being the UK there are more than enough pubs to satisfy the thirst should you need to take a break from the shelves, or need to read and grab a beer (or two) at the same time.

Happy reading wherever you are, whatever your choice.

All photographs are by chef-de-jour unless specified otherwise.