Heaven on This Earth Is Switzerland 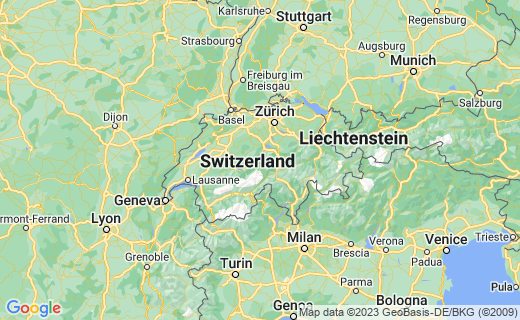 Switzerland was found in the first days of August, in 1191, the native population of this country settled during the Germanic Migration. Switzerland's national holiday is celebrated on 1st August. This beautiful country will make you enter the heaven on earth; the cool breezes and the awe amazing lakes of this country will make you live once more, this country possess a magical spell, casted nowhere else it will want you to live here till death itself. One of the citizens of this majestic nation explains, "My family and I moved to a small town outside Zurich, when I was younger and lived there for five years.

Switzerland had the fifth highest GDP per capita in the world at $84,815 in 2012-13, coming in close behind the Macao region in China, Qatar, Alaska and Norway with $30,000 more per citizen the US, which has a per capita GDP of $53,042." Switzerland is the most peaceful country in the world and the only country with no army! The crime rate is much less however usual robberies still take place, not only for its security but Switzerland is famous for many other aspects. Their health facilities are at the top of the list with upgraded medical facilities, certified equipment and specialized doctors. One of the citizens also quotes, "While my family was living in Switzerland, our mom had her knee replaced. She spent one and a half week for recovering in the hospital, and was then supposed to go to the rehab spa in the mountains for four weeks. We would have had to pay out of pocket for the spa, though, so she declined. The surgery happened over 10 years ago and my mom still remembers the care being excellent. The hospital was immaculate, and she says everything ran smoothly and on time."

Lake Constance (also known as Bodensee in German) is 63km-long central European lake that borders Germany, Austria and Switzerland which is connected by the Rhine River, it’s composed of 2 connected parts, the Untersee (lower lake) and the larger Obersee (upper lake). Ringed by magnificent resort towns, it's a summer/spring destination for sailing, windsurfing and swimming. The Bodensee-Radweg cycle path encircles the entire lake in about 260km. This rhapsodic lake has made people joyful for many years and will full fill its job for all upcoming centuries and generations.

Lake Geneva (Lac Léman) is like a crescent-shaped lake between France and Switzerland, and overlooked by the Alps. Geneva, the Swiss city at southern tip, is a diplomatic hub with luxury shops and a cobbled old town. On the southern, French side, is the spa town and resort of Évian-les-Bains. The chic, palm-studded Swiss Riviera stretches along the north shore from Lausanne to Montreux.

Last but not least, the dessert is always at the end! Switzerland's chocolate! Switzerland is also famous for its chocolate, As a recent addition to the country the budget chocolate is much better than of other countries, all types of scrumptious chocolate is available suited to every pocket so if you decide to go to Switzerland, NEVER forget the delectable, oozing warm chocolate.

There are not much more words to explain this majestic country, but all I can say is that this heaven on earth is a gift from God, all we can do is cherish it and safe guard it, forever…