A part-time writer who lives in Arizona and is always on the lookout for a good story.

Squeezing Stories Out of the Past

Told or written as a story, history comes alive and becomes interesting and exciting.

As a result of my Father’s guidance I have always enjoyed history including visiting historical sites and learning the stories of their past.

Sacaton Exit on Interstate 10 in Arizona

Such was the case one Saturday when traveling to a timeshare presentation in Phoenix with my wife. Discovering that we were well ahead of schedule, I gave in to the urge to take the Sacaton exit off the Interstate and check out the town of Sacaton. The name Sacaton had intrigued me for years as I passed the exit while traveling between Tucson and Phoenix, and now I was about to satisfy my curiosity and see the town.

Sacaton is a small town (population under 2,000) on the Gila River Indian Reservation that is situated in Pinal County just south of Phoenix, Arizona.

Despite being the capital of the Gila River Indian Community, there is not much of interest for travelers to see in Sacaton other than the Mathew B. Juan - Ira H. Hayes Veterans Memorial Park which honors two local men who became famous war heroes, Mathew Juan from World War I and Ira Hayes from World War II. 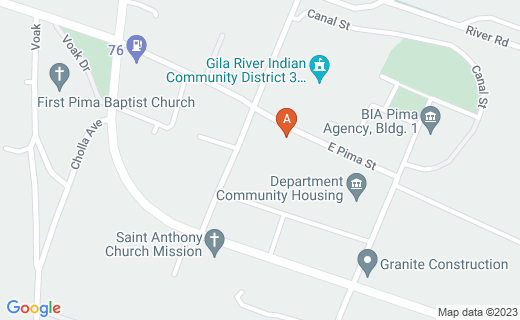 Cook Memorial Church located on the corner of Church and Pima Streets in Sacaton, AZ

I Discover a Beautiful Old Church

Continuing past the park I stumbled upon an abandoned but still magnificent, old church. Finding a shady parking spot and leaving my wife in the car reading a magazine, I explored the grounds.

This was a very large church for such a small town. My research later showed that it had seating capacity for 500 and could hold 600 comfortably with extra chairs. For the funeral of World War II hero, Ira Hays, 1,000 people were able to squeeze into the church to attend the hero’s funeral service.

Now it stood in the center of a large lot, empty and abandoned with its doors and windows shuttered and locked. A new and considerably smaller and less majestic structure on the northwest corner of the property now serves the spiritual needs of the community in the place of the towering old church.

Letters above the entrance announced that this was the Cook Memorial Church. In front of the church an aging sign informs visitors that the church was named in honor of Charles Cook a young missionary who arrived in Sacaton on December 23, 1870 after traveling, mostly on foot, from Chicago to bring the word of God to the Indians.

Charles Cook - Missionary and Teacher to the Pimas

The sign goes on to say that Cook arrived with the clothes on his back, a Bible and $2 in his pocket.

Charles Cook did not limit his efforts to simply teaching and preaching to the Pimas and Maricopas of the Gila River Indian Reservation but also established and built schools and churches for Indians both on other reservations as well as in Phoenix and Tucson.

Thanks to his efforts generations of Indian leaders in Arizona got their start with an education from one of the schools he established.

While Charles Cook first organized the congregation that made up the church he established on this site, the first of the nine he ultimately established on the reservation, in 1879 the present, and now abandoned church building, was the work of his successor Dr. Dirk Lay.

Dr. Lay oversaw the design and building of the church and, at its completion in 1918, dedicated it as a memorial to Charles H. Cook and his work.

Rear View of the Church

The Water Tower Across the Street

In addition to the Cook Memorial Church and the newer present church which sits at the extreme northwest edge of the property, the grounds also contain a small cemetery and what appears to be the half burned remains of a parsonage.

While I have yet to learn anything about the parsonage, the small cemetery tells its own story. To say it is small is to exaggerate its size as it only contains five graves which, despite their age, still seem to be cared for.

The first two graves are those of Charles Cook’s son, Franklin who died on February 22, 1884 at the tender age of seven years, three months and six days. Laying next to her son is Cook’s wife Annie M. Cook who died on December 18, 1889 at the age of thirty-five years and six months.

The next grave is that of one Annie E. Coates who died on the 27th day of some month in the year 1893. Since a third of the lead marker on the grave has been torn away we don’t know the month or other information that once described who she was.

Next is the grave of Mathew B. Juan whose body was interred in the cemetery on April 9, 1921 with full military honors and a crowd of over 1,000 mourners attending the funeral service at the Church.

The current marker has his name, Mathew B. Juan and date of his death, May 28, 1918, at the Battle of Cantigny in France during World War I. This marker was apparently placed on the grave later as, at the time of his death and later funeral in Arizona, he was still officially known as Mathew B. Rivers the name he mysteriously assumed when he joined the Army in 1917.

Finally, next to Juan’s grave, is that of another warrior, Civil War Veteran and Confederate Colonel James Patton Perkins who died in Sweetwater, Arizona in 1896. Perkins original marker has recently been replaced with a new and easy to read granite marker.

While the original church stands all but abandoned as a silent memorial to Charles Cook his life’s work and legacy remain.

The Church and Parsonage

Meditation Bench and Sign Describing Charles Cook and His Legacy

Head Stones of Cook's Son and his Wife 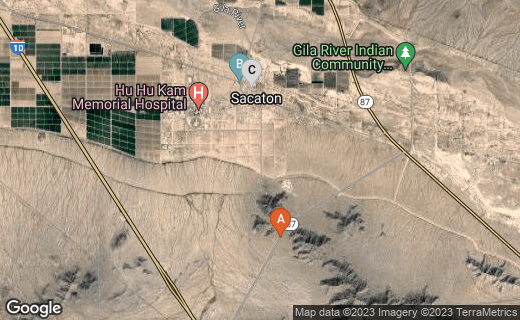