Conditions aboard the slave ships were wretched. Men, women and children crammed into every available space, denied adequate room, food or breathing space. The stench was appalling - the atmosphere inhumane to say the least.¹

Slave ships engaged in a most inhumane treatment of humanity. Slavery had been in effect since antiquity but the abolishment of the active slave trade of Africans to European countries and the Americas was only prohibited in 1807 by a bill passed by the British Parliament. The United States passed a similar bill a year later. According to Cate Lineberry, there was no one questioning the morality of the slave trade in the 1700's. The infamous Middle Passage which was one leg of a triangular route between Europe, Africa and the West Indies or the Americas was actively sailed by a number of slave ships including the Henrietta Marie. A minor protest against slavery at the time came from the Quakers who began their preaching against this practice in the early 1600's due to its inhumane qualities. They banned their members from importing slaves in 1696. However, it was another 75 years before the first anti-slavery group was formed, again by the Quakers! 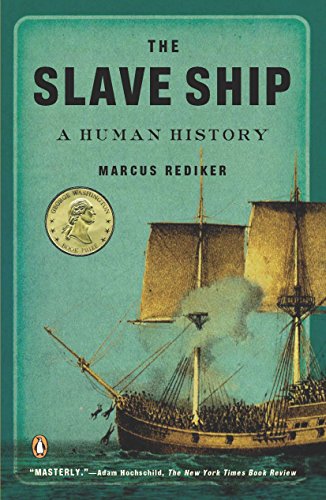 The Henrietta Marie was a three-masted square-sterned merchant ship from 60 to 80 feet in length. It could hold a cargo of 120 tons and had a crew of 18 men. Relatively small, the ship was still capable of holding about 400 slaves. It is thought that it was built in France during the 17th century but it was acquired, probably as a war prize by the British, possibly during the War of the Grand Alliance. The British put it to use immediately in the Atlantic slave trade and it made at least two trips in this capacity between 1697 and 1700. On its first voyage, in 1697 travelling to West Africa and then to Barbados, it carried about 200 Africans of which about 188 of the survivors were sold as slaves in Barbados.

The Last Voyage Of The Henrietta Marie

In 1699, captained by John Taylor (although some sources claim the captain was a Thomas Chamberlain), the Henrietta Marie left England on the first leg of its triangular trade route carrying goods including iron and copper bars, pewter utensils, glass beads, cloth and brandy to be used in trade. The ship was held under license by the Royal African Company, holding a monopoly on English trade with Africa.

It is estimated that the Henrietta Marie took in the equivalent of $400,000 for their investors. Captain Taylor cared not for the fate of the slaves and in late June set sail for England and home weighed down with a new cargo of sugar, cotton, wood, ginger, indigo and leftover trade goods.

However, their treacherous path home, through the Tortugas and Marquesas Keys, led the crew of the Henrietta Marie through massive storms. They sank on New Ground Reef, 34 miles (55 km) off of the coast of Key West, Florida near the Marquesas Keys and settled in 30 feet of water. It is assumed that all aboard perished.

The Discovery of the Wreck Of The Henrietta Marie

Nearly 300 years later, a salvage company owned by Mel Fisher, discovered the wreck of the Henrietta Marie, bringing to the surface the first relics of this most important historical find. Two anchors, an ivory tusk, and a cannon were among the first relics recovered. Because their interests were more in the nature of gold rather than historical relics, (they were actually hunting for the Nuestra Señora de Atocha and other treasure ships of the 1733 Spanish treasure fleet wrecked along the Florida Keys in a hurricane), they abandoned their find; however, in the 1980s scientists and archaeologists began the salvage operation again rescuing and conserving items recovered from the wreck. The salvage operation continues to the present day. The fragile hull continues to be examined and relics continue to be found in the surrounding sand. The Henrietta Marie is the oldest slave ship ever found and one of few discovered in American waters. It is a vital piece of American history according to marine archaeologist David Moore.

Despite the wishful thinking and rhetoric of its practitioners, despite the numerous cargo manifests attesting to the non-human nature of the chained captives packed into the ships' holds, this was not a commerce in passive, docile "slaves" but in living human beings, with families, knowledge, skills, responsibilities, dreams and aspirations no less legitimate than those of any other human beings.²

Location of the Wreck of the Henrietta Marie Slave Ship 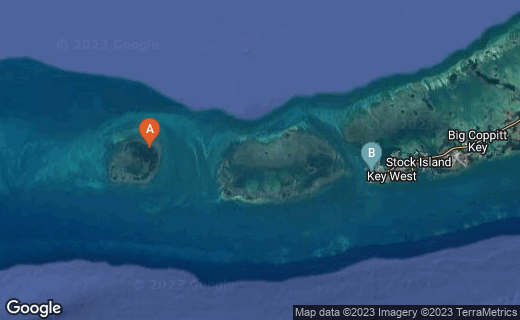 Approximate location of the wreck of the Henrietta Marie slave ship.

Location of many artifacts from the wreck of the Henrietta Marie.

Social Impact of the Wreck of the Henrietta Marie