Some years ago I used to see a folk music program on Iowa Public Television broadcast from Stone City, Iowa. Later I heard about festivals there, and we attended several of them.

As it turned out Stone City is an interesting historic site. It is an unincorporated community in Jones County. It is significant for its limestone quarries, historic buildings and a 1930s art colony. Now there are less than a hundred residents.

The town was founded in 1850 on the Wapsipinicon River. The early settlers discovered dolomite limestone. As the railroad grew the town grew and by 1880 sodid  limestone quarries. What makes the town unusual is the buildings that were constructed of limestone. The remains of many of them are still there.

Among these buildings was a hotel and an opera house   made of 500,000 tons of stone. Some of the best entertainers of the day, such as Jenny Lind and General Tom Thumb were there.. The town began to decline in 1905 when Portland cement began to replace quarried stone.

Some buildings have been preserved, such as the original three-story stone barn, the Quarry Office, Water Tower and Ice House have been converted to private homes. St. Joseph’s Catholic Church, the schoolhouse, General Store, Dearborn Residence, Blacksmith Shop and some private homes have helped revitalize the town with new families but kept the charm of the old Stone City.

The Quarries had a revival in the 1950s and are now one of the biggest quarries in the United States. The Disney Concert Hall in Los Angeles is made of this limestone.

Stone City has been immortalized in a painting by Grant Wood in 1930. The painting is displayed at the Omaha Joslyn Art Museum. It was Wood’s first major landscape painting.

Grant Wood.  Edward Rowan and Adrian Dornbush started an art colony at Stone City in 1932. With a small amount of money they leased ten acres on the Green Estate. The colony was a successful in terms of attendance and reputation, but it never succeeded financially.

The first time we went to see Stone City we came across Anamosa and a display of Grant Wood paintings. I recall we had to go next door to get someone to open up for us to see the paintings.

Grant Wood was born in 1891 near Anamosa. He grew up to be a painter of simple scenes of the land and people and helped create an American style of art. He always loved the landscape of Iowa farmland. He showed interest in art at a very young age. People thought he would grow up to be a farmer like his father, not an artist. He did enjoy growing things and had his own livestock. However, when his father died, his mother had to sell the farm and the moved to Cedar Rapids.

He felt out of place in the city but he started making friends in high school and kept busy with projects, like designing scenery for school plays and drawing pictures for school publications.

After he graduated, he took art classes, taught art, made jewelry, learned carpentry and decorated houses. He also cared for his mother and sister. He loved making things and gadgets. He was a meticulous worker at his crafts. When he joined the army in World War I his job was to paint camouflage on tanks and cannons

American art students were often encouraged to study and paint in the style of the great 19th century French Impressionists artists. In 1920 he decided to travel to Europe to study Pierre Bonnard, Alfred Sisley and Camille Pissarro. It was after the trip to Germany that he found his own way to paint. He decided to paint subjects he knew and loved, using some of the simple ideas of the old European masters. He knew that scenes of the people and places he knew growing up were as important as anything he found in Europe.

Grant painted his mother as a strong frontier woman in a painting called Woman with Plants.. Later he painted his most famous painting: American Gothic. It came about when he saw a farmhouse with an arch-shaped window. It was what in Europe from the middle ages called Gothic architecture. He liked the contrast of the European window with an American farmhouse. His family dentist and his daughter Nan would be the perfect models for the picture. He entered the painting in a big art show at the Art Institute of Chicago and won third place prize. Americans all over the country loved the picture when they saw it in newspapers. Soon his paintings became very popular. One reason his painting became popular was it was during the depression.

Many people lost their homes and savings during the depression. His paintings of farmlands and proud hard-working families represented what made America great. Grant also painted famous American legends such as Paul Revere. 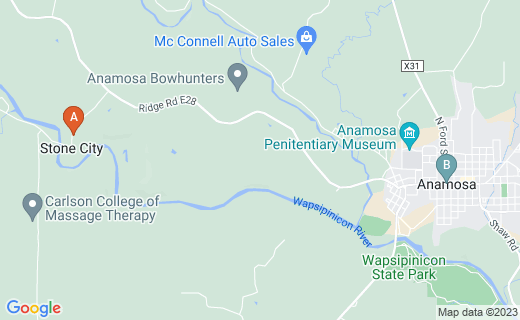