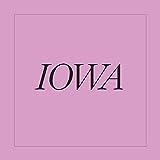 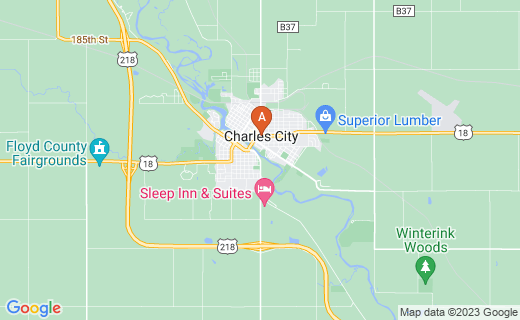 The scene of our little story!

There are days when I’m convinced that I am stuck in the past. I spend a great deal of time thinking about the simpler days of the 50’s when I was a youngster, days that were so much more welcoming than the age we find ourselves in today. Is it healthy to do so? I see no harm in it, and perhaps by remembering how it once was, I can find focus for how it should be today and then move towards that goal.

Today I am on a quest. Today I intend to take a trip back in time. During my trip I will be your tour guide; hopefully through my words, you can gain an appreciation for that which is seemingly lost in America today. No, I am not speaking of hoop skirts and soda fountains, but rather a way of life that spoke of values long-since gone down the highway of memories. Is it possible that way of life has simply taken a detour? Turned right when it should have turned left? Maybe got held up at the convenience store and is running late? I certainly hope that is the case because it saddens me to think that it is gone forever.

Come with me now to America’s Hometown, Charles City, Iowa. The year is 1959 and it is a sunny, warm day in early August.

We are approaching on Highway 18 from the west. See the corn fields? They are everywhere! Aren’t they grand? The corn is taller than me, and as my dad drives our Buick past the corn fields I wave at a farmer on his tractor. He temporarily stops his tractor, lifts his John Deere hat and waves it at me as the dust settles over his nearly-bald head. He is smiling and why wouldn’t he? Look at the hundreds of acres of produce he has lovingly cared for all these months. The sun is beating down, there is a gentle breeze on the air, his corn is six feet tall and reaching for the sky, and all is right in his world. He is a farmer in the greatest farming country in the world; he works long hours but it’s honest work and he gets a good price for his crop.

Make no mistake about it, that man works hard. He is up every morning before dawn, and he shuts that tractor down at sunset, but during that time he works with his hands, works with the soil, continuing a tradition of hard work passed down from generation to generation in his family. They are humble people and yet proud; you can see the toil etched in his face, but you can also see the laugh lines around his eyes as he wipes the sweat from his brow. Yes, he is a farmer, and in America he is respected for his work ethic and self-dependence.

Dad says you won’t find better soil in the country, deposited after the great glaciers receded. It looks rich, a dark brown, full of life and promises of a bountiful year.

Hey, there is the city limit sign…yep, it says just what Dad said it would….”Welcome to Charles City: America’s Hometown!” I love that sign! America’s Hometown! That is so cool! We are coming into town now, turning left on N. Grand Ave. Dad wants us to see the downtown section first before heading over to Grandma’s house.

The streets are beautiful. White Oak and Hickory trees line the downtown streets, and the downtown stores are brick and mostly one story tall. There are townsfolk standing on the sidewalks talking to each other, and shopkeepers standing in the doorways greeting people as they stroll by. It seems like everyone knows everyone, and Dad waves out the window at someone he recognizes. He stops the car and shakes hands with an old gent. Mom and Dad grew up here during the Great Depression, and you can tell that the old man is happy to see us. They promise to catch up on old times soon and then we keep driving.

There are American flags hanging on every building. There is the VFW building, and the Elks Lodge, and a little park in the middle of town where kids are running around playing tag. It seems like nobody has a care in the world. There’s the hardware store; some guy is shoving 2x4’s into the back of his old pickup. The water tower stands vigil over the town, taller than the Oaks, and I have to say it is everything my parents told me it would be. A downright friendly town for sure!

GRANDMA AND GRANDPA ARE WAITING

We circle back to 2nd Ave, turn into a driveway, and there is Grandma in her petticoat, smoking a cigarette, a huge smile on her face. This is Dad’s mom, a woman who has seen the best and worst of life and has stood tall through it all. She looks older than her fifty-five years, but that smile lights up the yard as she hugs us all. She has never seen me; I was adopted ten years earlier in Tacoma, Washington, 1,500 miles away, another country to this hard-working woman. Folks in Charles City don’t do much traveling. Their lives are centered around work, church, and family, and most of the family is right here within walking distance.

She has a big meal waiting for us, and there in the living room is Grandpa, Aunt Vi (dad’s sister) and Uncle Ike. There is a whole bunch of hugging and kissing going on, and everyone wants to rub my head and tell me how much they love me. How could they love me I ask mom? They don’t even know me! Mom just smiles and says it is all about family, and one day I will understand.

The meal is over, our bags are in the bedrooms, and Uncle Ike wants to know if I want to go for a ride on his motor scooter. Is he kidding? A motor scooter? I am so excited! He starts it up and I stand in front of him and off we go down 2nd Ave. He says we are heading for the Cedar River. When we get there I see a wooden bridge hanging from cables and Uncle Ike heads right for that bridge. Yep, we go over it, a little scary, the river is below and the bridge is swaying and it is pretty exciting.

We head downtown; those big trees line every street, and although it is hot out the trees keep everything cool. Women are outside hanging laundry, men are working on their cars in the driveways, and kids are spraying each other with the hoses. Everyone waves at Uncle Ike, and they shout out his name, and more than once we stop so he can introduce me. They don’t talk to me like I’m a little kid; everyone shakes my hand and talks to me like I matter. I decide I really like the residents of Charles City.

We stop at the A & W and Uncle Ike buys us a root beer float and man does that ever taste good. Then it’s back on the scooter and he shows me the rest of the town. Everyone waving at my uncle, everyone wishing us a good day like they really mean it. Then back to Grandma’s house we go and more relatives have arrived. Uncle Les is there from St. Louis; he and his wife Wilma visited us in Tacoma so I know them. He picks me up and lifts me over his head and he’s laughing all the time. Uncle Don is there from Macon, Georgia, and Uncle Ike’s son Jimmy and his wife Lynn. She calls me Baby Doll and kisses my cheek and I think I’m in love.

There always seems to be food on the table. Fried chicken and potato salad, better than anything I’ve ever tasted, and there is a feeling of family here, and love….love is everywhere in that household, and it’s a nice feeling. This is my family; these are my people. I may be adopted but you would never know it because I feel like I belong. I am my father’s son, and this is his family, and by extension this is my family, and I like that…I like it a lot!

Uncle Les is a truck driver and he has great stories to tell during the week. Grandpa has worked at the tractor factory for twenty-five years. Aunt Vi works at the Dime Store, Uncle Don is a salesman and they all talk about their work with pride. They explain to me that it makes no difference what a person does for a job. It’s all about giving an honest day’s work for an honest day’s pay, and you can take pride in a job well-done no matter what you do for a living.

We stay up late into the night telling stories and laughing until we hurt. I fall asleep each night to the sound of crickets and before I went to sleep the lightning bugs put on a show just for me.

TIME IS TOO SHORT

The week goes by quickly. Much too quickly! I met a lot of great people. I met the minister, the police chief, the barber and loads of others. I played ball with the neighbor kids down at the ball field, and swam with them at the county park. By the end of the week it seemed like everyone in town was calling me by my name when I would pass by, and they all seemed sad when we were leaving.

We loaded up the car and said our goodbyes. Hugs and kisses, promises to write, words of love shared among people who truly cared about each other. We drove down those Oak-lined streets, back onto Highway 18, and headed west for home. The same farmer waved at us on the way out of town, tipping his hat and yelling to my dad to stay out of trouble. Dad laughed at that and told me he tipped over that farmer’s outhouse one summer night when he and his buddies were out having fun. The farmer didn’t seem to mind too much judging from his friendly smile as we drove on, leaving America’s Hometown in our rearview mirror.

NOW THERE ARE ONLY MEMORIES

They are all gone now. Grandma died six years after that visit. Grandpa followed her two years after that. Uncle Ike, Aunt Vi, and Uncle Les and Uncle Don, all dead. Dad died in 1969 and Mom in 2003. In fact, the city of Charles City was partially destroyed by a F 5 tornado back in 1968, so the scene I painted for you no longer exists.