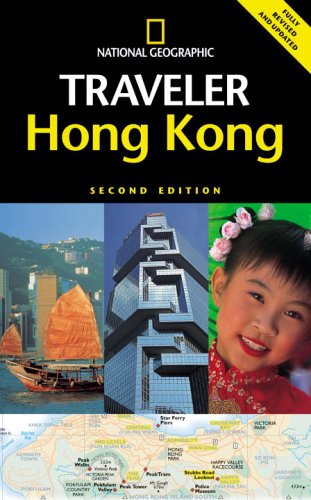 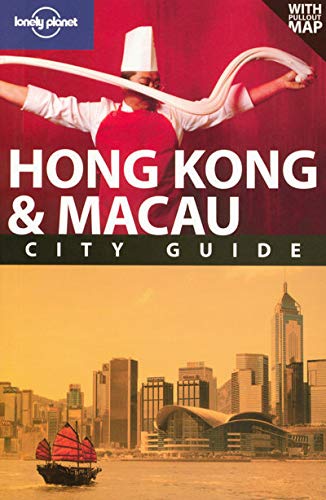 Or confusingly efficient. Hong Kong is the perfect blend of organized chaos. A British colony from 1841 to the 1997 until the turn over to China, the one-time territory-city-state is an exciting and bustling hub of East Asia and not to be missed for any traveler in the area. The blend of steel-glass skyscrapers contrasts with former colonial buildings from the British era. Broken English and Chinese culture give it the perfect mix of the exotic, modern, and foreign. My first impression of the city is fleeting. Having been there two times as a small child, I vaguely remember the view from our hotel overlooking the harbour and visiting temples with grotesque golden buddhas. My next chance to see the city came paired with a trip to the Philippines almost 35 years later. Cathay Pacific provided a great excuse to stop for a few days in Hong Kong on the way back from Manila. The flight over was smooth and I often consulted the on-screen map to track location. I was eager to see Okinawa, where I had lived two years previously, and the route was poised to take me directly over the island. As luck would have it Okinawa was clouded over. That was no surprise as the summer weather is unpredictable. I would have to wait for the return trip but only one hour later I was rewarded with great views of the mountains of Taiwan, including the distinctive profile of the island's tallest, Yu-shan. Shortly after passing over Taiwan, we started our descent into Hong Kong. The Hong Kong airport was new, huge, and polished, but leaving the plane on the connecting layover to Manila provided me with my first and lasting impressions of the way things are done in Hong Kong. Maybe it was lack of sleep but I could not easily locate my connecting flight to Manila. Going through a security check point and poor communication with and overabundance of signs muddled the transfer. Others travelers were visibly confused as well. After much back and forth I found the departure gate directly upstairs from my embarkation gate. Hong Kong would have to wait another week as I headed to Manila, where chaos is expected in the booming capital and the crowded business district of Makati. After the week in Philippines I would get my chance to see and experience Hong Kong and the post-colonial culture that has emerged. As I arrived in Hong Kong on July 28, the Olympics were right around the corner. Hong Kong took pride in its small role as the host of the Equestrian events for the 2008 games and the airport had many reminders, including a sleek Olympic clock. This contrasted with other signs that apparently led the visitor to the restrooms and the informaiton kiosk which was not to be found because the directions stopped cold in the middle of a crowded walkway. I looked straight down, to the left, and right and there was nothing resembling an information kiosk. I could have sworn the previous sign pointed straight ahead. I later found out that the kiosk was located up the stairs. A bloodhound would have been helpful. We checked into the hotel which proved to be a boon. Perfectly located, the YMCA Salisbury in Kowloon is right next door to the high-end Peninsula Hotel. The YMCA, at first, has the feel of a youth hostel as one approaches the lobby area. The rooms tell another story. Comfortable, and well-equipped, the rooms are as good as any and at reasonable prices. The service is also excellent and the clerks and staff are knowledgeable, friendly, and energetic. Our first outing was planned for "The Peak", the short form of Victoria Peak, which looks down on Victoria, or Hong Kong proper, and north towards the unfolding city. Many people head to "the Peak" at dusk to view the brilliant lights, but this proved to be a tactical error on our part and in retrospect, as long as there was no fog, it wouldn't have mattered when we viewed Hong Kong. Even though it was a weekday, and in mid-summer, not necessarily the tourist season in Hong Kong, it was horribly crowded at dusk, with people, mostly locals, cutting in line, pushing and shoving to gain position. The top of the tram was nothing more than a brilliant trap for the unsuspecting and gullible tourist. My take: do it at your own pace when you have more time and avoid the tram, especially at dusk any time of year. Another point of chaos was the subway system in Hong Kong. Using the word 'subway' in Hong Kong is misleading because a subway is simply a pedestrian underpass in local jargon. It is referred to as the MTR instead. When I asked directions to the 'subway', I was directed to the nearest pedestrian underpass. Ok, that one was on me and my poor understanding of Hong Kong's idioms. When I finally found the MTR it proved efficient, clean, and fast. However, there were so many access points to the underground stops that it was mind boggling trying to find your way to the train platform. Even signage proved confusing. I embarked and disembarked at Nathan Road (Kowloon) and in Central Victoria but not without diffculty. Still, this befuddlement was clearly the better option than the Star Ferry, which takes commuters by boat across the bay in about 5 minutes. The weather was not conducive to this mode of transportation but it should be done atleast once for the experience and I imagine the great views of the skyline during good weather.

If you have more than one day in Hong Kong, a trip to Macau is a must. Boiled down, it's a baroque gem in a sea of urbanized rabbit warrens. Winding and twisting streets reveal views of cathedral-studded hills and cityscapes with walls of gaudy high-rise casinos that rival in their plastic tackiness the Las Vegas strip. To get there one must catch a Macau-bound ferry, which leave from both the Kowloon and Victoria sides. It takes about one hour or so each way and ferries run every hour of the day. Avoid taking them during weekends because of the crowds. You also must clear customs going and returning in both Hong Kong and Macau so a passport is required. A day trip there will total four trips through the scanners and past customs officials. Approaching Macau's ferry terminal does not leave great impressions. Casinos are on display as you approach and most are just grotesque, most notbaly the one that resembles an ersatz volcano from a B-movie backdrop. Unlike Las Vegas, Macau's redeeming urban quality is owed to the effort to preserve sectors of the city. I used a map from a National Geographic Traveller book to beat the pavement and see the great mix of eclectic architecture that Macau offers. The map covered historical landmarks and started at the famed Leal Senado Square, but surprisingly by-passed a number of baroque jewels, or quaint churches built by the Portuguese, most notably Sao Agostino, Sao Jose, and Sao Lourenco. The humid and hot summer weather made the walk longer but my parents, both seniors, proved to be the final undoing. At a consciously slow pace they had trouble keeping up and I did not want to make matters worse by prodding them. Taxis were reasonably priced and our first stop was the A-Ma temple. The temple was understandably crowded. While the Europeans diligently took pictures, the Chinese burned incense before the temple's patron saint. We quickly aborted our attempt to find the way to Leal Senado and hailed a cab. Within five minutes we were at the bustling square and Senado was a beautiful oasis of marble overlooking the square across the street. Sao Domingos was at the opposite end of the square and its light yellow pastel was no less impressive. After we hit the ruins of St. Paul's, took the obligatory pictures, we headed into the Macau Museum to get much needed air conditioning. Located as a built-in fixture on the summit of the Fortaleza do Monte, the Museum de Macau is small but contains an excellent presentation of Macau's history. Although the exhibits tend to favor the city's Portuguese heritage they do not leave out the Chinese interpretation. The views from the top floor, which access the fort's terrace, are unbeatable and overlook the ecclectic mix of old, new, baroque, and gaudy. Thereafter it was down and up more winding streets past crowded residential neighborhoods towards the Protestant Chapel and Cemetery and the Camoes Grotto and Garden not before stopping in the Igreja de S. Antonio. The current structure is an austere, grayish, neo-baroque reconstruction that is not unlike any other church which dates from the 1940s. The significance, however, is all historic. On this site in 1558 the first chapel was built in Portuguese Macau. The next stop, the Sun Yat-sen house proved to be ill-fated. The heat, humidity, and time convinced us to hail the next cab and head for the ferry terminal. I later read that the Sun Yat-Sen House is closed Tuesdays so it wouldn't have mattered, because it was Tuesday when we visited. It was back to the ferry terminal, customs, and to Hong Kong where we walked a few blocks to the Hing Fat Restaurant. Our appetites came prepared for the tantalizing feast of Chinese cuisine that can be viewed street-side. The next and final day was spent in a final pursuit of shopping for gifts along Kowloon's Nathan Road but not before taking in Hong Kong's oldest temple, the Man Mo, dedicated to the civil and military deities. The temple is located on Hollywood Road in Victoria. We returned to the hotel, took one last shower to rinse the sweat and began the caravan of baggage to the Hong Kong airport. From there we endured the long and crammed flight to LAX aboard Cathay Pacific. I would have to wait to see Okinawa because it was a night flight. A good enough excuse to return to East Asia and Hong Kong.

Other related hubs by jvhirniak: