Useful Tips on Flying with a Pet Dog

Tips on Traveling with your Dog by Plane

Are you planning on flying and want to bring your pet with you? If you answered yes, then you should be aware of the special rules involved in transporting your dog by air and the precautions you'll need to take to ensure your dog's welfare.

Regardless of whether you're flying domestically or internationally, you will really need to plan your pet's travel in advance. Keep reading to find out exactly what you need in order to organize a smooth flight for both you and your pooch.

Airlines that Allow for Small Pets to Travel as Carry-on

Below is a list of airlines that allow for pets to travel as carry-on and a link to each respective airline's pet policy:

Preparation Before Flying With Your Dog in the Cabin 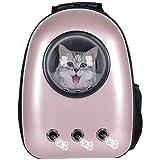 Flying Internationally With a Dog

The Centers for Disease Control (CDC) and Prevention regulates the import of dogs into the United States. Even those dogs that are originally from the United States are subject to import rules upon entering the country if they were taking out of the United States. When flying internationally with a dog, a number of rules apply. First of all, some airlines, as well as some states, ask for general health certificates for the flying dog. Second, dogs get inspected upon arrival for Zoonotic diseases (those diseases that can be transmitted from animal to humans) and are subject to a veterinary medical examination, treatment, and/or quarantine.

Brachycephalic or short-nosed dogs are those dogs who have shorter noses than other dogs, such as pugs. Since they have such short noses, they oftentimes have breathing issues which can place them in danger when flying. Additionally, short-nosed dogs have problems with overheating, which is the inability to cool themselves properly - an issue that can be very dangerous if your pug is in the cargo area of an airplane. Although the cargo compartment is pressurized and maintains similar pressure and temperature as the cabin, there have been cased of pet deaths in the cargo compartment, which is something to really contemplate before deciding to take your dog with you on a flight. Overall, flying in cargo can be a very nervous experience for any dog.

According to PetFlight, in 2011, six airlines (Alaska Airlines, American Airlines, Continental, Delta, Hawaiian Air, and United Airlines) reported incidents, which included 36 deaths (20 of which occurred on Delta!), 8 injuries, and two losses. In 2010, 70% of dog deaths were among short-nosed dogs. In 2011, the number went down to 39%.

Before you decide to take your dog with you on the plane, be fully prepared for the trip by following the tips outlined above.