Preparing for the Road Less Traveled

"Two roads diverged in a wood, and I—

I took the one less traveled by,

And that has made all the difference."

From: "The Road Not Taken."

I had a great opportunity to visit my youngest son, Andy, who spent 4 months at an archeology dig in rural Mexico. It was an opportunity to visit Mexico, seeing and doing things the average tourist would never have a chance to experience. But, I had to balance my enthusiasm to see Andy at an active archeology site with my concern regarding travel in Mexico and the fact that I spoke no Spanish.

The decision was made. The airplane ticket was bought. The adventure would begin, but not until the extensive planning process was completed.

Like Robert Frost, I took the road less traveled. But, I doubt Mr. Frost did anywhere near the preparation for his trip that I did for mine. Here is my preparation and the fruits of my planning as I traveled around rural Mexico.

"My Trip to Mexico That Was Not In The Travel Guide Books" is a photo journal of the places I visited and some of the sights I saw.

I prepared for this trip with more attention to detail and contingencies than I would for a normal vacation. I tried to anticipate and prepare for everything and anything that could come up during my journey.

For this trip, I prepared like I do when I am hiking. I brought what I knew I would need plus additional items, supplies and equipment should something unexpected come up. Every item was carefully scrutinized. I wanted to be prepared, but I didn't want to take anything unnecessary. Anything I couldn't risk losing or leaving behind in Mexico, I didn't take with me.

Prior to Traveling to Mexico: 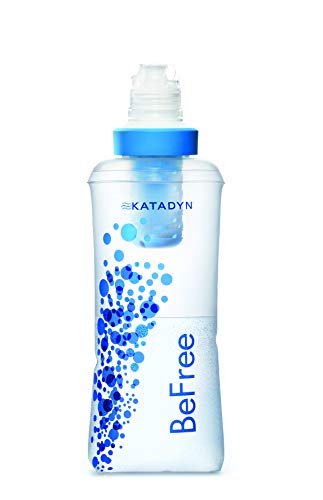 How to Get a U.S. Passport

If your are planning a trip to Mexico or anywhere out of the country, you will need a passport. "How to Get a U.S. Passport in Time for Travel" by KrystalID will give you all the information you need with step by step instructions on how to get one.

It was not a simple journey to get to Agua Dulce (where my son lived) or to Los Soldados (the village where the site was).

I flew from Pittsburgh to Houston and on to Veracruz, Mexico. Andy met me at the airport and he arranged for a taxi to take us into town and to the bus station. Unlike the usual haggling for a fare with a Mexican taxi driver, this taxi fare was purchased for a predetermined fee at a counter in the airport.

With a very extensive and complex system, buses are often the best and cheapest way to travel in Mexico. Bus companies may operate in one area, but not another. Even in the same area and sometimes on the same route, there are many levels of service and bus companies providing it. The schedules can be very confusing and difficult to figure out. Making it even worse for me, they are written in Spanish.

In general, there are 2 levels of service, first- and second-class. Operating out of adjacent, but separate, terminals, both classes of buses often serve the same routes for significantly different fares. The higher the fare the more amenities and comfort the buses offer. None of the buses I saw had crates of chickens strapped to the roof.

Even the first class bus lines offered increasing levels of service for increasing fares. We used the common first class bus service, ADO, from Veracruz (cost about $5 per hour of travel). First class or premium service offered comfortable, semi-reclining seats, in-route movies, and restrooms much like charter buses in the U.S. Executive (ADO gl) service included a soft drink or coffee, head phones and separate men and women's restrooms. The ADO platinum service had even larger seats, only 3 across the width of the bus instead of 4

Buses are often the best and cheapest way to travel in Mexico. It was the end of carnival and the bus station was crowed with families and students returning to school. Many buses were already booked full. Our tickets for the 3:30PM bus gave us 2 hours to spend in Veracruz before our travel continued.

The rides, while long, were comfortable, safe and smooth. The roads were similar to those I am used to in Pennsylvania (except for the military at the toll booths). They were well maintained and well marked with signs. We traveled through farms and cattle ranches, across relatively flat terrain that gradually progressed to rolling hills.

In the cities, from hotels to bus stations to the airport, our preferred mode of transportation was a taxi. While local buses are readily available, with our limited command of Spanish, it didn't seem worth the effort to use them. The taxis were well marked and easy to identify as being legitimate. Fares were negotiated in advance, sometimes to our advantage, but often to that of the driver.

While I am sure that Mexico has traffic laws, from the back of a cab they are not particularly obvious. If I was happy I didn't have a rental car on the highway, I was really happy I didn't have one in the cities. Frequent, strategically placed, teeth rattling speed bumps made speed limits almost unnecessary. Lets just say that if NASCAR is looking for a pool of rookie drivers, they should start with some Mexican taxi drivers.

After a plane ride to Mexico, a taxi ride to a bus station, a 5 hour bus ride, and a taxi ride to my hotel, (a 15 hour journey so far), we would rest and complete the trip to my son's town the next morning. We spent the night in a Fiesta Inn in Coatzacoalcos overlooking the beach and the Gulf of Mexico. A nice hotel room with 2 comfortable double beds and air conditioning, it met my criteria.

Up early the next morning we were off in a cab back to the bus station. It was an hour trip on a first class bus (economy fare) from Coatzacoalcos to Agua Dulce. Like commuters in a large city, several of the passengers were taking the bus to work. Many worked at the PEMEX plant in Agua Dulce.

After a brief stop at my son's house for him to change and pick up a few items, it was off to a convenience store for a coffee and a bottle of water. A 30 minute taxi ride and we would finally be in Los Soldados, the site of the dig. Even the middle aged taxi driver wasn't sure of the directions to Los Soldados. My son, with his halting Spanish, kept him on the correct route. A right onto a paved road was fine but the left turn on to the dirt road made the driver a little nervous. After 4 miles on the poorly maintained dirt road, we finally reached our destination. After paying the fare, including a generous tip, we watched the taxi rapidly disappear in a cloud of dust as he raced back to civilization as he knew it.

Food and Drink, Tacos and Cerveza

It wasn't the meals we ate at the nicer restaurants that impressed me most. It was the meals at the small cantinas and a lunch at a Mexican home that were the best.

In Veracruz, around and near the bus station were countless street vendors, cantina, and restaurants. Waiting for our bus to Coatzacoalcos, my son and I stopped in to a little cantina for their special, 10 Tacos al Pastor for 35 pesos. Throw in a Negra Modelo cerveza and we had lunch for under $5. The tacos were simple. Four inch soft tortillas, pork prepared with al pastor seasoning, a few onions, greens that looked like large flakes of parsley, and that was it. Depending on the cantina, a green or red, mild to spicy sauce that could be put on the tacos was also served.

At the Mexican home in Los Soldados, we had lunch in between work at the site. It was a modest home overlooking the river with a well for water and an outhouse. We ate at a table on a covered porch. The plastic tablecloth was an old political banner. After washing up, we were served a mix of beef and chicken, refried beans, french fries and a fruit drink. We placed the meat and refried beans on small soft tortillas with or without the optional chopped peppers and onions. Two little boys darted in and out of the home as they watched the gringos eat lunch.

The trip was quite an experience. Nervous and obsessed in my planning, I never felt threatened or uncomfortable in Mexico. The people were friendly and helpful. It was great to experience their life rather than that of a tourist.

On one of my rides I was offered a "seat of honor". We rode back to Agua Dulce from Los Soldados in a pick-up truck owned by one of the villagers. I was offered the front passenger seat while everyone else rode in the bed of the truck. I was happy. My seat had a seat belt. Maybe it wasn't a seat of honor after all. Maybe they just didn't want me falling out of the back of the truck.

If you would like to see the fruits of my planning and preparation, check out "My Trip To Mexico That Was Not In The Travel Guide Books".

Write Your Own Articles