Sedona Arabella Miller was born in February of 1877 in the area that would become Gorin, Missouri. Many people asked Sedona's mother, Amanda Miller, where the unusual name came from, and Amanda always said that she had made the name up. Sedona took the name of "Dona" which most people called her, all her life. Her father Philip claimed to be the second richest man in Gorin. After attending the Gorin Academy where she learned social graces and how to play the piano, as well as a basic education, Sedona became a teacher. Sedona married Theodore Carleton (T C) Schnebly when she was 20, over the objection of her parents. The reason for their objection was that T C was a Presbyterian and the Miller family was Methodist. After their marriage, T C's brother Ellsworth urged them to move to a beautiful place in Oak Creek Canyon in the Arizona Territory just South of Flagstaff where he and his wife lived. When T C told his in-laws that he intended to move out West with Sedona, there was a break with Sedona's parents that never quite healed. A son, Ellsworth always called Tad (named for T C's brother) was born, and later a daughter named Pearl.

T C went ahead of his family and purchased twelve acres for a farm and an orchard in the area known as Camp Garden, which was along Oak Creek just south of where Talaquepaque Village stands today. Sedona and the children traveled to Jerome by train where TC picked them and their family possessions in a wagon, and Sedona, age 24, and the children arrived in Oak Creek on October 12th of 1901. Their first home was a tent house, but several months later, a two story home was built. Carl was hardworking and was able to sell his produce in Flagstaff by driving his wagon up the mountain road known as Schnebly Hill Road today. Sedona became known for her hospitality and good cooking, so later sometimes historical accounts refer to the Schnebly home a hotel, but that really wasn't the intent. As guests wanting to fish and hunt continued to visit, the Schneblys added a few tents behind their home for guests. As Carl continued to sell his produce to Flagstaff, he was hauling goods from Flagstaff back to their farm, and they started a small store.

As the area continued to prosper, Carl applied to the US Postmaster General to establish a post office. His first choice for a name for the town was, Oak Creek Crossing or Schnebly Station, but both names were rejected because they were too long to fit into the postal cancel stamp. Carl's brother Ellsworth suggested naming the town after Sedona, and the town and post office became official in 1902.

The Schneblys had another little girl which they named Genevieve. Sedona became an expert at canning, sewing, and doing all the endless pioneer chores that she was expected to perform. Picnics, and religious sing-alongs and family outings provided entertainment. Drinking, dances and gamboling were strictly forbidden. On a beautiful June day in 1905, their precious daughter Pearl was killed when she became tangled in the reigns on her pony and she was trampled to death. They buried Pearl in their front yard and the once happy and robust Sedona became morbidly depressed. In an effort to improve Sedona's health, the Schneblys returned to Missouri. They stayed until Carl decided to return to farming and this time they headed for Boyero, Colorado.

Three more children were born to the Schneblys, and their farming in Colorado proved successful until the Great Depression combined with a disastrous blizzard , and an outbreak of anthrax, and T C's declining health forced them to a warmer climate. After a short stay in Phoenix, the Schnebly's returned to Sedona the town they had established. All traces of their former farm was gone. They moved into a small house on Jordan Road, (named for Ruth and Walter Jordan) who had established his orchards and farm. Sedona helped Ruth ( who was a teacher) with the cleaning and cooking and care of the Jordan's three children. T C helped in the orchards when his health permitted.

Aunt Dona as many of the Sedona residents called her was well loved for her generous spirit and for her work with children at the American Sunday School and her effort to see a community church built. The result was the building of Wayside Chapel where people of all faiths were welcomed.. The entire town turned out for their 50th wedding celebration in 1947, but in November 1950, Sedona passed away from cancer. A bell at the Wayside Chapel on Hwy 89a in Sedona was dedicated in her memory. One of the events during the Arizona Centennial celebration of Statehood took place in front of the Wayside Chapel on February 14th, 2012 at 2:14, the time that Arizona became a state. The Sedona Schnebly Memorial bell was rung and Sedona residents gathered and brrought their own bells to ring. I'm pretty sure that Sedona Schnebly would have felt honored. Sedona and T C are buried in Cook Cemetery off Airport Road in West Sedona, Pearl's remains were moved to Cook Cemetery.

The sculpture of Sedona, pictured above, was commissioned by the Sedona Red Rocks Arts Council to honor Sedona's memory. Sedona's great granddaughter, Lisa Schnebly Hiedinger served as the model for the sculpture. In recent news, the Red Rock Quilters guild completed an Arizona Centennial quilt featuring a beautiful image of Sedona Schnebly picking apples against a background of some of the town of Sedona's most famous views. The quilt was displayed during the annual quilt show in December at the Sedona Library. In March 2012, the quilt traveled to Phoenix for the Phoenix Quilt Show and was displayed along with Centennial quilts from all over Arizona.

To learn more about Sedona Schnebly and her life in Missouri, Sedona in its early days and then later in Sedona and TC's retirement years and Colorado, Lisa Schnebly Heidinger published The Journal of Sedona Schnebly a personal account of her Great Grandmother Sedona Schnebly's life. She relied on family records for names and dates, but it is classed as historical fiction as she tells Sedona's story in a first person narrative and has dramatized certain events.

The Journal of Sedona Schnebly 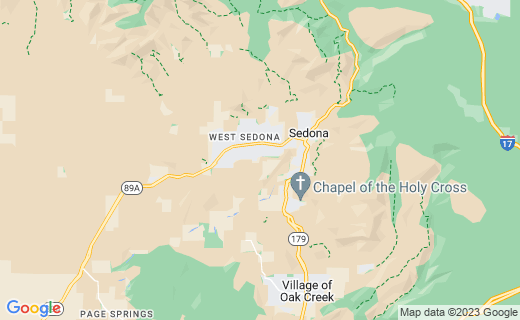 Have you ever known anyone named Sedona?