In 2008, Iowa was hit by the worst flooding in its history, or, in bureaucratic terms, its worst hydrological event. Most of Iowa's counties were declared federal disaster areas and it came to be called “Iowa's Katrina”. Hardest hit was the city of Cedar Rapids, my town. With a population proper of 125,000, it is the second largest city in Iowa.

We don't live anywhere near the river and so didn't have to worry about raging river waters pouring into our basement like thousands of others. Our only personal hydrological event occurred on June 12, 2008, the day before the river crested. Our sump pump stopped working and water from rain-sodden ground started backing up from the sump well and slowly spreading across the basement floor. With everything else going on in the city, I didn't think we had a chance of finding a plumber as I manually channeled the water to a functioning drain, but my wife got hold of one and he arrived johnny on the spot, his van loaded with brand new sump pumps. He fixed the problem right quick and I only shed one tear as he walked off with my $800. We were far luckier than thousands of other homes and businesses. But I digress. 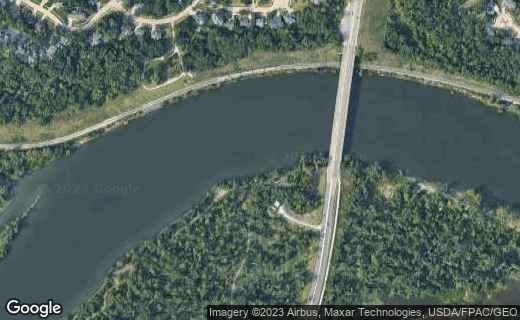 After the plumber left and the last of the standing water had been pushed into the drain and the dehumidifiers started, I collapsed into my chair with a hot cup of tea. My wife and my granddaughter, who was visiting us from Alaska-- we blamed her for bringing all the rain, just to watch her eyes roll-- were watching the local 10:00 PM news when the anchor man made an announcement: all the city's water wells were either flooded or contaminated, save one last large containment well. The river was still rising and would soon flood it, leaving the entire population without water. The authorities were putting out a call for help as there were less than a dozen city employees frantically filling and placing sandbags around the well station.

It was one of those situations that you don't analyze and think about. It sounded like an emergency, so I just said I was going down to the station and help. My wife and granddaughter said they wanted to go to, but, seeing as I had no idea what I was getting into, I didn't think they should go. I left alone. I wish I hadn't been so “gallant” because I think I denied them a very special memory.

It took me less than 10 minutes to find a parking spot above the Edgewood Road bridge over the Cedar River. The well station was just across the river and, fortunately, the bridge was high enough to escape the flood waters, though the road, continually sloping downwards, was underwater a few hundred yards beyond the station. I got out and headed down the road in the dark; there were a few others ahead of me, some carrying shovels. I wished I'd brought one, but I hadn't given much thought to what to bring to a flood. We all walked in silence across the bridge. A few dozen people were filling sandbags from a huge pile of sand dumped in the road. We newcomers pitched in, filling or holding sandbags or starting to form a line to get the sandbags to the station. There was a fair distance from the sand to the station as parts of the raised causeway from the road to the station were already under water.

A dump truck with a fresh load of sand and bags grumbled across the bridge, the driver being very careful not to run over any of the hundreds of people walking down the road toward us. That was a sight I will never forget. But there was plenty of work to be done and fortunately some water department supervisors knew what they needed and people just stepped up. I joined the the line formed to relay sandbags to the station. My spot was in thigh-deep water in the middle of the causeway. The dirty water hid the fact that there was a steep drop-off on either side of the causeway, but everyone was careful, though obviously not heeding the official warnings constantly publicized to stay out of the water because it was a toxic sludge.

Everyone kept at their jobs as the thousands of sandbags were filled, passed along and placed against huge sheets of plastic liners completely around the station's concrete walls. The height of the sandbags steadily grew. The waters continued to rise. More trucks dumped sand. And people kept coming. A second line was created; both lines tightened up so we didn't have to pass the 20 – 50 pound bags as far. It got to the point where we just turned, hugged the bag, turned and released it to the next person and turned back for the next one. Finally, after two hours a cheer started at the station and went down the line to the workers on the road. We'd done it. There was nothing more that could be done. It remained to be seen whether our efforts would save the last well when the river crested. The previous record flood stage had been set in 1929 at 20 feet. The next day the Cedar River crested in Cedar Rapids at 31.12 feet, but the city could still provide safe drinking water, though rationed, because the sandbags held on collector well #4.

Expect This Every 500 Years?

Bruce Jacobs, the city’s utilities engineering manager said, “The hundreds of people coming down the road to sandbag the thing was just astonishing to us. That was very uplifting.”

Greg Eyerly, the city’s utilities operations manager who was also at the well site, calls it “a miracle” that the well continued to pump water.

It was also estimated that 800 – 1200 people came to help that night. The odd thing is, there are very few pictures. People weren't there to take photos. I wish there were a few, but whenever I remember the silent hundreds walking down that road, I still get a lump in my throat because, whatever else is going on in this country, that is where our greatness lies.

9.36 Feet the river rose in eight hours the day before the crest.