Best Cities in the 21st Century

Clearwater is a city of 106,000+ people on the beaches of the Gulf Coast of Florida, across from Old Tampa Bay and northwest of St. Petersburg, which is in the same metropolitan area. This is a comfortable place to retire or to vacation, but it also enjoys jobs listings over 31,000 positions during Spring 2015.

See the map below for the exact location of Clearwater northwest of I-275 on US 19. This area is full of new additions and improvements in the quality of life for residents. 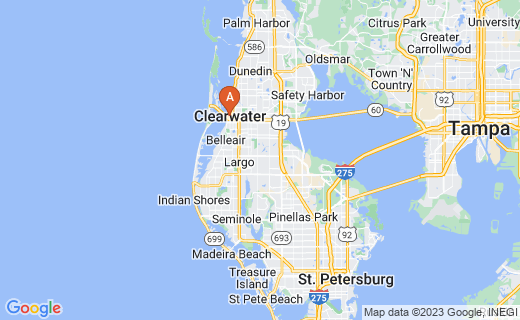 Travel Distances From Clearwater to Other Communities

An Easier Life in Clearwater

Clearwater leadership and residents seem always on the lookout for ways to improve life in the community. for instance, near the end of 2011, residents petitioned the Federal Government to declare Clearwater in a single zip code (29822) rather than the current two zip codes in order to focus, streamline, and speed mail service and EMT/Fire/Police runs.

Another improvement is the addition of Z-Vans in the community that travel about to teach deaf students how to use video phones. This will likely improve the communication services offered already to the deaf and hard of hearing among Clearwater retirees. Clearwater aims to be an accessible community.

The Clearwater Aging Well Center makes a tremendous effort in offering wellness tips and programs for Seniors in the area. This division of city government appreciates Seniors and is constantly offering new things to help maintain independence and enjoy life. Anything from meals to health tips to how to use the local Police Department to good advantage is on the agenda.

Clearwater is a good place for the retirement years, but many younger people make a good living in the area. In fact, over 31,000 job openings on average daily were listed for a radius of 25 miles of city center ever since December 2011 (see employment information at the end of this article). Many of these positions are in the Healthcare and Transportation/Freight Industries.

Visit Other Cities in the Area of Clearwater

Clearwater became the home of a new 12-screen cinema in December 2011 - the high-tech Cobb Countryside 12 Theater at the Westfield Countryside Mall. It has become quite popular. 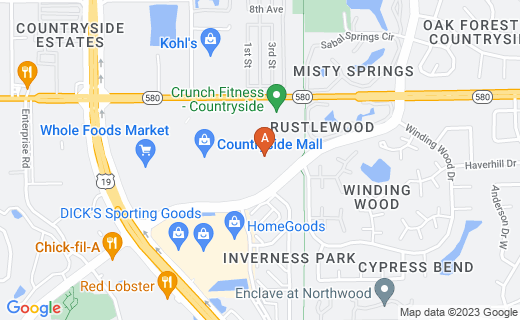 Things to Do and See In Clearwater

Movies are back "in" in Clearwater. The city had not hosted a first-run film between 2002 and December 2011, but that changed with the addition of a new theater complex.

In the middle of December 2011 and just in time for the crop of Christmas films to be released, Clearwater became the home of a new 12-screen cinema. This is the brand new high-tech Cobb Countryside 12 Theater at the Westfield Countryside Mall.

Travel and Tourism make this area a prime site for new entertainment venues that current residents of all ages can enjoy as well. High-Tech? -- The first three rows of seats in the Cobb theater's 4D offering includes vibrating chairs. In addition to that, the theater offers many more features in its huge addition to the Westfield Country side mall that came with a ticket price of $12 Million. There is plenty to do in Clearwater!

Dolphin Tale
The Clearwater Marine Aquarium Hospital is the site in the new film Dolphin Tale, about Winter the dolphin.Her take was damaged to the point that she might die, but she was found and transported to the hospital, where she was finally fitted with a brand new tail.
Buy Now

Senior Housing Options in and Near Clearwater

Additional affordable housing communities in Clearwater are in planning and under construction.

OTHER - Recreational and Social Sports

Plenty of Work for Those Who Want It

Within 10 Miles of the City: