How to Retire to Naples, Florida

Southern Florida Near The Everglades

Naples is on the Gulf of Mexico in southern Florida, just west of the top of the protected forests that run into the Everglades National Park. These include Picayune, Fakahatchee, and Big Cypress. Florida Panther Wildlife Refuge, Collier Seminole State Park, and other green spaces are major attractions as well.

These locations sit along or south of I-75, where it runs east and west across Florida, and Fort Lauderdale is on the opposite coast. This Gulf Coast is also known for its Flori-Mex cuisine.

Naples sits on the coastline of Florida that is known as the Paradise Coast . Average temperature for the year in Naples is about 73 degrees F, with high 60s in winter and low 80s in summer. 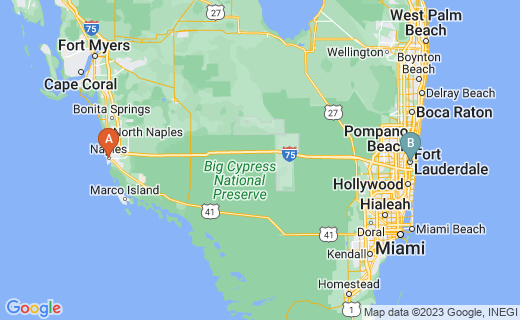 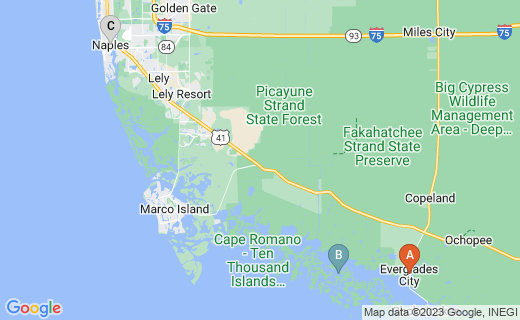 The City of Naples reserves tradition with an ongoing plan of development for historic areas in the Downtown Districts. In addition to this, there is free on-street parking in the downtown in the Fifth Avenue area. Two free Downtown parking garages are located just a block away from 5th Avenue South, near 8th Street South.

All of the avenues lead right to the beaches on the Gulf of Mexico; residents can receive a sticker for free parking at all of these beaches. The City Pier is located at the west end of 12th Avenue South and is enjoyed by fishermen. The nearby City Dock is accessible for docking private boats on a pay-per-foot fee schedule. it also is the site of the start for charter vessels for sightseeing, fishing, and sailing. Farther south, Naples Bay runs inland for more water activities. A number of nature preserves and parks are available nearby.

The Arthur L. Allen Tennis Center in the center of Olde Naples and serves all ages and skill levels through a staff of well trained tennis pros. It offers 12 high tech Har-Tru (clay-like) tennis courts. Two additional center courts are great for professional exhibitions and tournaments. 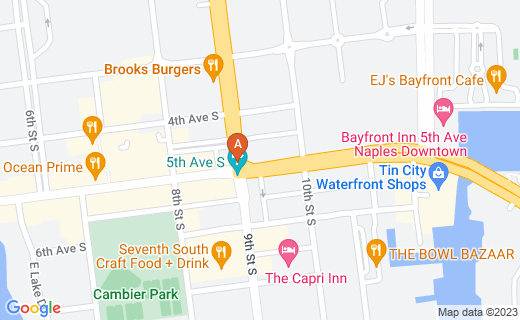 Cory Osceola and the Franks Family

Cory Osceola of the Seminole Nation and his family used to set up shop on Fifth Avenue South and sell their handcrafted items. Their descendants make and sell Seminole shelters called chickees successfully around Florida and the Mediterranean Sea. These builders are famous around the world.

The Franks are also longtime Naples residents, whose ancestor invented the first Swamp Buggy. The Franks operated a mechanics' garage on Fifth Avenue near 10th street and later, ran a car dealership. Patriarch Ed Franks designed and built the first swamp buggy and swamp buggy races have occurred in Naples anually since 1949.

Background of Collier County and Naples

Collier County is one of the fastest growing places in America.

Unemployment around the county is below the national average, and an incentive tax structure draws new businesses to the region.

Collier County demonstrates a high rate of new job creation among Florida counties as well. The working population is growing and retirees find the cost of living low. It sounds like a perfect place to be.

With very mild weather, Naples enjoys the average county temperature of 73 - 75 degrees F on the Gulf of Mexico and the distinct is one of the best beach areas in the nation. In addition to the beaches at the west end of each east-west Avenue in town, the Greater Naples Area supports over 130 art galleries and many golf courses. Paddling trails for canoe and kayak enthusiasts are as popular as walking and bike trails and are unique if you come from a land-locked city. Some towns have golf cart "highways", but this one has a canoe highway.

Featuring a multitude of green spaces, parks, and preserves, this western side of the Everglades is the one location that you can see alligators and crocodiles in the same place. Collier County is also the home of the Florida Panther, very rarely seen.

Another venue that is decidedly Naples is the sit of the local Swamp Buggy Races several times a year. The swamp buggies range in size from Jeeps to giants equipped with NASCAR race engines. They race on figure-8 track flooded with water to a depth of a foot and a half. A few places have 3 feet of water as a course obstacle. Both men and women enter the competition and the mascot is an alligator-costumed persona called Swampy.

It is exciting to live in the midst of canoe highways and wildlife refuges as well as city amenities.

This far-ranging wildlife refuge is just 20 miles east of Naples and north of I-75, with headquarters at Exit 15. It protects a number of endangered and threatened species across 93,000,000 acres. Radio-signal tracking collars have been placed on several local panthers to help track their travels and breeding habits in order to help them increase in numbers.

The nearby Fakahatchee Strand State Preserve just south of this refuge features Jane’s Scenic Drive. It crosses the habitat of the Florida Panther. Not many of this species are left, but visitors may actually catch sight one on on this road or a nearby logging road used for hiking. Take your camera.

Road underpasses have been built through Florida panther territory, especially across I-75, to prevent future roadkill deaths of the endangered species. Otherwise, they can live to the age of 12 years and one example was found to have lived for 16 years.

Companies Posting the Most Worker Vacancies