How to Travel with a London Pass in England

Thelma is a Filipino expat living in Germany. She is a passionate traveler and is fond of traveling in the United Kingdom.

What is a London Pass

London Pass is a popular digital sightseeing pass commonly used for tourists and some British nationals when visiting London, England. It is a pass where you have access to more than 80 sightseeing attractions and some hidden places in London.

Before buying a London Pass, you have to decide how many consecutive days you need to book for your sightseeing tour. The more days you book, the more you can save. You can buy this pass in some retail partners in London when you arrive there but it is better to buy the pass online through a British shop as it is cheaper than buying it in London.

When you order your pass online, you will receive an email from the shop or the British shop you ordered it from. You have to download the digital London Pass as soon as possible, print it or just show it on your mobile so that it will be scanned whenever you enter an iconic place and other tourist spot which needed this pass. You also need this for a hop on and off bus sightseeing tour for a day. This pass is only valid for the consecutive days that you have booked.

Traveling in London with a Travel Card is easy and you can quickly hop on and off in a bus, train or the tube. It is an all in one ticket valid for the duration of your travel in London. You can enjoy an unlimited travel with the public transportation whenever you want. Buying this ticket online before your travel will save you from queing in line at the train station for buying this ticket. If you choose "Anytime" when ordering the travel card, you can travel any time of the day or night. The London Card will be send to you by the post office after you have bought it online. This will arrive after a few days you ordered it.

25 Attractions that are Included in the London Pass

There are more than 80 tourist spots that are included in the London Pass. They are plenty for a few days or a week of stay in London and so I only have to mention what interests me. You can of course choose which one you want to visit. Some of them are for free but you can have a guided tour with the use of your London Pass.

Big Bus Hop On and Off

Exploring London with a bus hop on and off

I was traveling with my relatives in London. Our first day of exploring London was with the use of London Pass and London Travel Card which we have bought online a few weeks before our travel. We stayed in an appartment near St. Pancras Station. Each one of us used our travel card and showed it to the driver when riding a normal bus going to the city center where we started the red Big Bus hop on and off tour.

Sightseeing tour with the bus was wonderful as we were able to see the very interesting, historical and beautiful places in London. We were able to choose which one of the iconic places we had to visit first in our 1 week of stay in London.

The bus had a tourist guide who showed and told us stories about those places we passed through. We only had to use the headphones to listen to what the guide was saying. The bus was full of tourists from different countries. It was a wonderful tour and we were allowed to get off the bus anytime we wanted. We took videos and photos of the things and places we saw.

All in all, it was an amazing bus hop on and off. The dissapointment was that, London was having many building sights that covered some iconic views like the Big Ben and the Westminster Abbey. St. Paul´s Cathedral is an Angelican cathedral and one of the most iconic landmarks in London. "It is the seat of the Bishop of London and the mother church of the Diocese of London." It is located in the city center of London, about 300 meter north of the Thames river. It is the second highest cathedral in the world. It is 366 feet high, was built in 1711 and was designed by Sir Christopher Wren. It has been destroyed 4 times by the Vikings, two different fires and was struck by lightning. It was restored for more than a decade and was finished in 2011. It has 528 steps to the top of the cathedral. (Source: Wikipedia)

Her Majesty's Royal Palace and Fortress, is the official name of The Tower of London. It is an interesting historical castle in central London which is situated at the north river bank of the Thames. William the Conqueror was the founder of the London Tower.

Visiting the London Tower was and still is a very fascinating and horrifying landmark I have visited in London. To think that this tower was a prison place for some royalties including Anne Bolyn, the wife of King Henry V111, the mother of Queen Elizabeth the 1st, before she was beheaded, was gruesome. The place where she was decapitated is now a tourist spot inside the fortress of London.

There are many things to see in the Tower of London.

1. The White Tower -Inside the White Tower is the St. John’s Chapel. It is said to be the oldest church in London. This tower houses the armours of the palace, old clothes and some interesting and curious things I have seen.

2. The Medieval Palace---- The life of King Edward 1, in the 13th century is shown in this palace. His private rooms and chambers reminded me of a fairy tale movie.

3. The Coins and Kings Exhibits----It showcases the various coins and the production of coins like in the time of King Henry VIII.

5. The Crown Jewels----The crown jewels of Her Majesty is exhibited in this place. They are all brilliant and fascinating to see. What a pity we are not allowed to take photos inside. The River Thames Cruise is a must when visiting London. Like the bus hop on and off, you are allowed to hop on and off anywhere you like in one of the ports where the cruise stops. It is awesome to view the London bridge, the London Tower, the Shard, the London Eye and other iconic landmarks from the river. The cruise guide was telling some interesting stories about those buildings we passed by. He was also telling about some celebrities from the past who have lived nearby the Thames river.

The View from the Shard.

The glass pyramid-like tower is very unique. It is a vertical city where there are offices, restaurants, bars, residential apartments and a hotel. One can work in the Shard and relax after work, viewing the city of London from the top of the Shard. The Shard offers a view of 360 degree of the skyline of London and beyond.

The view from the Shard was awesome to me. It was a breathtaking view of London. The visitors are guided to the lift in going to the viewpoint. A few steps were made as well before arriving the top. I took a lot of photos and videos as well. What made me laugh was when I went to the toilet where I was able to see the view of London with its glass wall. Gladfully, the door was not made of glass. The View from The Shard

There are many things I want to write in this article but I have to stop here as it is way too long to read for some of my readers. However, I will write more about some places in London which I have not covered here. Thank you very much for reading. Have a blessed day everyone! 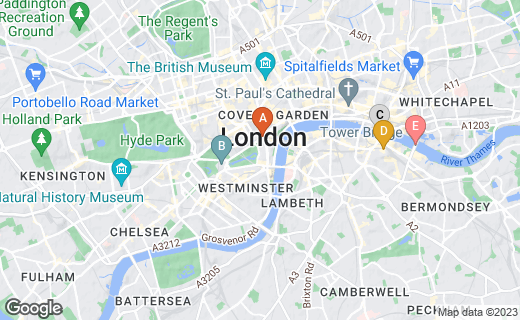