How to tell if somebody is Polish - Polish slang 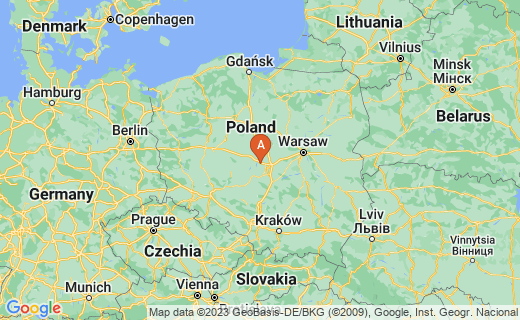 How to recognise a Polish person? Listen for the word "kurwa"

Banner "Kurwa mac" the most impolite word in the Polish language, but used very often

How to recognise Polish people

Since Poland joined European Union in 2004 a lot of Polish people moved abroad, especially to the UK. Most of them came from small cities or villages. In their birth place they could not find any job. There were many reasons for this: they didn't have any education, or they didn't want to work, because the salary was extremely small, or there were simply no jobs in small cities. Because of these problems they started searching for a better life. The UK was one of the first countries that gave Polish people permission to work without a work permit, immediately after accession to the EU. Because of this many Polish people decided to move to the UK. At once many companies appeared in Poland offering jobs in the UK. Most of them were only cheating people. They asked for quite big money, but offered a bus ticket (or sometimes even not) and a job. They also showed a lot of amazing pictures of world famous places, such as Big Ben, Buckingham Palace and smiling tourists walking around the streets. This gave the feeling to the Polish people that the live in the UK is very easy. It is enough to get there by bus to Victoria station in London and somebody will come immediately to the newly arrived Polish people and ask if they wish to work. Then the Polish people thought they can get a place to stay together with a great contract for their new job. The truth was very different.

Few days after Poland accessed EU in Polish news they were showing thousands of jobless, uneducated, not speaking English Poles at Victoria station. People were sleeping on the floor inside the station building, left by their work agencies, who promised them heaven, but offered hell. They were left jobless and without money at Victoria station.

After months of struggling many people managed to get some jobs there and felt more comfortable living in the UK. So British people started complaining that too many Polish people arrived. As I mentioned before, most (not all, but most) of Polish people who arrived, especially to London, didn't speak English and didn't have any education. They came from small cities or villages. Very often such people didn't have good behaviour. They only wanted to drink and smoke with minimum work and maximum fun. They always kept together in groups and didn't assimilate much with British people. Most of these people were men working in construction, painting buildings or doing small repair works. They were often drunk and aggressive. They always stayed in groups with other Polish men and spoke Polish all the time. Drunk, uneducated men always quarrelled and were aggressive. They often spoke loudly and impolitely. There is a strange habit for such men to use a word "kurwa" every few seconds. It means "a prostitute", but it is just used as a comma, without any meaning.

I heard once in a London bus few drunk Polish men speaking. They all spoke loudly in Polish, ignoring all other people in the bus. They shouted to each other that they were unhappy about their work and every few seconds they shouted "kurwa", then continued complaining. Then the phone of one of the men rang. He looked angrily at the phone and started shouting that the phone was very stupid and why people have phones, they only disturb, and he would like to have no phone. However he didn't say it so politely. His sentence sounded something like this "Kurwa, this f---ing phone, kurwa, rang again, kurwa, i hate this , kurwa, phone, kurwa" and so on. I was shocked. I stood next to these men and just couldn't believe people can be so aggressive and impolite. I was really ashamed about their way of speaking and their behaviour. Luckily nobody knew that I could understand them. I moved to the back of the bus to be far from them.

So to sum up, if you want to recognise a Polish person outside Poland just listen what they say. Of course only bad people will say such a bad word as "kurwa". It is the worst word in the Polish language, so my advise to all foreigners, don't use it, but understand it. If you hear people using this word just keep far from them. You can be sure they are Polish people, but they are bad Polish people. Good people don't use this word. So with my method "How to recognise a Polish person" you can only recognise bad people, the others will not use such words.

I think many Polish people feel sad that the way of speaking deteriorated so much in recent years. Insults are used so often that people stop paying attention to it, but it still hurts the ears of many others who have to listen to "kurwa" all the time. Such bad way of speaking only shows who the speakers are. Other people will not show much respect for persons using so many insults. I always keep far away from such people. It is sad, sometimes I think I met nice people and in a moment I hear them speaking "kurwa" in every sentence and I don't want to have friendship with them anymore. I feel discomfort. I also saw on youtube many videos made by Polish people in the UK. They ask their co-workers or friends to speak in front of the camera and they ask them to say "kurwa". If any Pole asks you to do it, please don't, you will regret it when the video appears on youtube and others will write bad comments underneath.

One day I gave my advice to a friend and told him if he wants to know if somebody is Polish he should listen to "kurwa". He told me the next day that he met Polish people in a supermarket in Belgium. I asked him how can he be sure they were Polish. My friend told me that the men looked at some products in the shop and shouted "kurwa".

Somebody checked what the most popular English swear word on Facebook is and it happens to be "shit". It was found in public and private status updates, photo captions, and comments. This word was found 10.5 million times among U.S. Facebook interactions. Another four letter word beginning with the letter "f" was mentioned 9.5 million of times. If somebody checked Polish Facebook I know what the most popular word would be.

Did you know that:

How do you feel if you hear people swearing all the time? For example Polish people who say "kurwa" every few seconds.

Would you like to understand Polish swearing? There is a great Polish-English dictionary of slang. 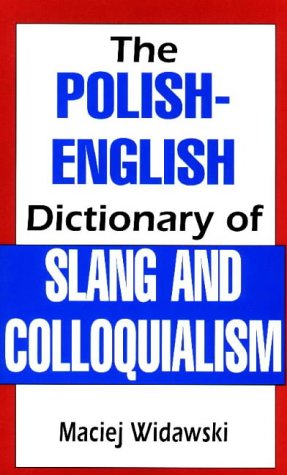