The NORAD Control Center in Colorado reminds one of the mountain citadel in the television science fiction show, Stargate SG-1. The Black Forest-Colorado Springs Metro Area is home to Cheyenne Mountain, which was used on film as the headquarters of the fictional American Stargate Program for over a decade of popular TV shows, movies, and DVDs.

The mountain has also been a real military headquarters. The Cheyenne Mountain complex southeast of Colorado Springs dates back to 1956, when General E. E. Partridge commanded the US Continental Air Defense Command.

The General asked for a new underground combat operations center to replace his current outmoded facility during the beginning years of the Cold War. The launch of Sputnik in October, 1957 convinced leaders of the US Federal Government that this was a worthy action and the new facility was built inside a mountain. NORAD (the North American Aerospace Defense Command) was constructed at its center, felt the safest place to be in case of enemy attack, especially nuclear attack.

The underground center was mysterious ad glamorous as well as cutting edge for decades. Many of the command operations have since moved to Fort Peterson CO. 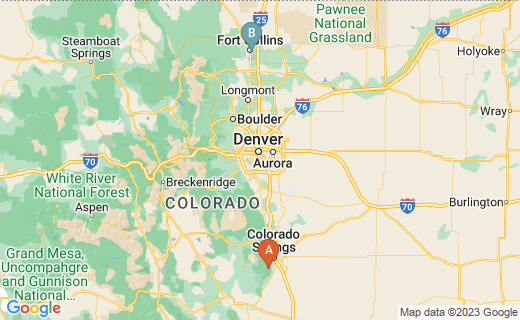 The Black Forest-Colorado Springs Metro Area is home to Cheyenne Mountain, which was used on film as the headquarters of the fictional American Stargate Program for over a decade.

Cheyenne Mountain is one of the most unusual facilities one can see anywhere. Built 2,000 feet into the mountainside, the command joins the US Army, Navy, Marine Corps, Air Force, and Coast Guard with Canadian Forces in a multinational command. This is, in fact, reflected in related TV show, in syndication - especially Stargate Atlantis.

Civilian businesses operate on top of the mountain, including a zoo and a Shrine to Will Rogers, comedian, writer, and statesman known at the Cherokee Kid.

The complex draws thousands of visitors yearly to see the zoo, shrine, and what little they can of the NORAD facility. The Stargate franchise fans - Gaters - are usually among them. 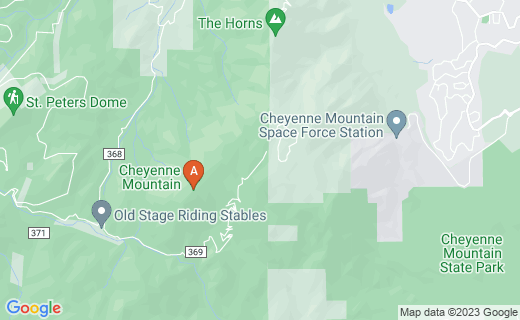 Shriever Air Force Base is an important part of the United States Space and Missile Defense Command, with the following units housed on base:

The governors of Colorado and the neighboring state of New Mexico have partnered to plan and implement a new type of wildlife protection program. They will build animal migration corridors to allow animals to migrate seasonally without the threat of hunters.

This initiative brings reality to talk about sustainability and conservation in the America Southwest. The growing community of Black Forest near Colorado Springs has established its own Community Wildfire Protection Plan, a Preservation Plan, and a Slash-Mulch Program for wildfire mitigation and recycling.

Black Forest is an unincorporated village with only two traffic lights, but it is the fastest growing place in Colorado and a suburb of Colorado Springs. Its proximity to Colordao Srings places it near the US Olympic Committee (USOC) Headquarters and training compound, and a number of USAF bases, including Cheyenne Mountain, featured in films and the Stargate SG-1 SyFy Network series.

The village is named for its high-density stands of Ponderosa Pine trees. Black Forest's unincorporated portion of land lies in the Front Range Urban Corridor that is targeted for ongoing business and jobs development by the state and country governments. All this helps it to remain as the fastest growing place within the fastest growing county in Colorado (El Paso County).

Extent of the Front Range Mountains 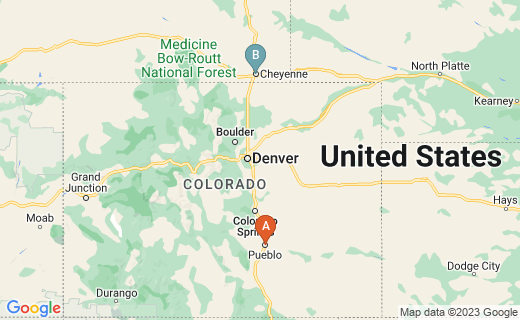 During July 2015, at least 300 vacant lots and homes were for sale in Back Forest, just northeast of the US AIr Force Academy. Black Forest is the fastest growing place in Colorado; however, its job market has been in flux.

Business and Industry In the 2010s

The local market economy is largely based in High Tech Industries and Defense.

The column to the right, below, shows the leading companies listing job openings in the Black Forest martket, many in Colorado Springs and some involving government contracts. The federal government and the USAF are larger job listers themselves.