Pardon Me, Billy the Kid & the Lincoln County War

I loved watching old western movies with Henry Fonda, Calamity Jane with Doris Day and tv westerns. The town of Lincoln brought it to life.

IF IT WEREN'T FOR BILLY THE KID, THE TOWN OF LINCOLN WOULD JUST BE ANOTHER TOWN IN NEW MEXICO.

New Mexico is full of history and great places to vacation. Ruidoso, New Mexico has many small shops, a cigar bar, a bar and grill, Starbucks, skiing and a grand casino- the Inn of the Mountain of Gods. Rental condos are inexpensive and make it affordable to take the entire family.

However, The town of Lincoln, known for the Lincoln County War is just around the corner and about 10 minutes away. Making Ruidoso, New Mexico a great vacation get away.

When someone mentions the name Henry McCarty, most people will shrug, not knowing who that is, but when you mention Billy the Kid, most everyone knows who you're talking about and has an opinion on the matter. For those who don't know about Billy the Kid, but you who have seen "Young Guns", Lincoln is a must see place. While it's very small, about 2 1/2 blocks long, the history there is amazing.

The old Curry Saloon, now a quaint place to have a homemade burger and homemade fries, sitting by the wood burning stove as it snows outside one can't help take in the history of this small town with such a big history.

If you aren't familiar with it's history, you will quickly be engulfed in it. The battle between the Murphy-Dolan gang, with all it's money and political power, going after Tunstal-McSween who had opened up a general store and competed for business with Murphy-Dolan. It was the first place that Billy the Kid, aka. William H. Bonney, Henry Antrim and Bushy Bill Roberts felt comfortable enough to call home. It was the murder of Tunstal that started the war, as the "Regulators", lead by foreman Dick Brewer, were sworn in by the justice of the peace to bring in the murderers, only to have them take the law into their own hands in revenge for Tunstals murder. The war ended after a four day siege at the home of McSween where McSween and four supporters were killed. Billy the Kid escaped and led some of his pals to safety.

The jail cell that held Billy the Kid is interesting, the marker stands on the ground for the sheriff that he murdered making his escape, as well as the bullet hole in the wall.

When the excitement of the history fades, the reality of the fact that Billy the Kid was promised a pardon by the Governor, Lee Wallace and never received it still stands today. The pardon for the murder of the corrupt, Sheriff Brady and other misdeeds was agreed upon in exchange for Billy the Kids testimony before a grand jury on a murder case. Billy fulfilled his promise, the Governor did not.

Now, 120 plus years later, the case is before the Governor again, an Albuquerque defense attorney has taken the case pro-bono and filed a petition for the pardon. Governor Bill Richardson, who leaves office at the end of this year, had to make the decision of granting Billy the Kid a posthumous pardon.

The sad truth of it all is that if it were not for Billy the Kid, Pat Garrett would have just been another law man in history and only his decendants would know about his history. And once again, it is Billy the Kid and his pardon that brings Pat Garrett into the limelight.

In the end, another Governor chose to leave office without granting Billy the Kid his pardon.

Guess Billy was right when he said, "I'll make you famous."

Could you see yourself visiting this historical town? 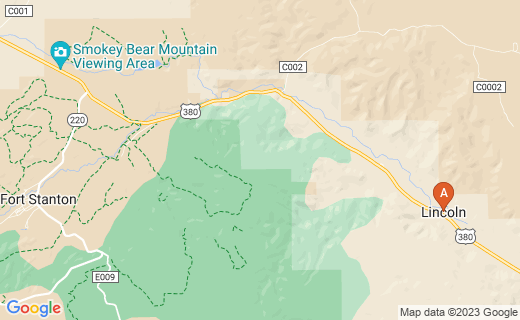