Islamabad, an Intro and 10 things to do in the city of peace.

Islamabad city, the capital of Pakistan, is the country's 9th largest city and home to around 1.7 million people. The city came into being in the 1960s when the government of the time decided to replace Karachi, the former capital city, with a more central city. Islamabad's location was selected due to its central placement and proximity to the headquarters of Pakistani Army.

Sitting at the foothills of Margalla mountains the city is well planned and covers an area of 906 sq Km. It is full of trees and parks and offers a variety of recreational activities and places to visit. Whether its dancing and partying or relaxing to the soothing sounds of nature, this city has it all. 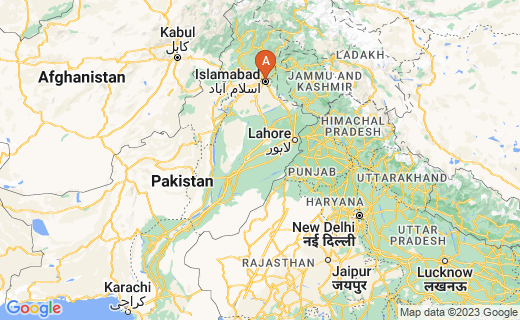 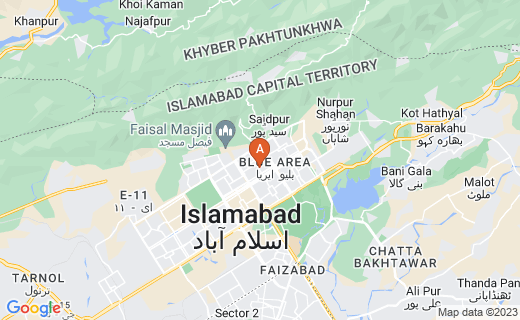 The city itself was founded in 1960s, the region however has a very ancient history. Stone age artifacts dating from around 100,000 years ago have been found in the Soan river Valley. Modern day Islamabad was established on an old settlement which was known as Saidpur.

In late 1950s the then Government of Pakistan decided to relocate the capital from Karachi to a new more central location. In 1958 after extensive study and research the location was selected. A Greek firm of architects designed and planned the city in a triangular shape based on a grid plan with the apex pointing towards the Margalla mountains. Work began shortly after in early 1960's

Islamabad is a well planned city and devoid mostly of the many urban problems large cities usually have. the City is divided into 5 major Zones.

The residential Zones are further divided into sector series named from a-i, with each series having multiple sectors and each individual sector is split in 4 parts.

So if we look at the I series of sectors and pick out sector I8, we have subdivisions I8-1, I8-2, I8-3, I8-4 and all 4 divisions each have their own commercial centers and parks while the entire Sector I8 has a large I8 "markaz" or commercial center at its heart.

Rawalpindi is a larger city which exists right next to Islamabad with only a large highway forming the boundary between the two. The city of Rawalpindi, unlike Islamabad existed during the British era when it gained significance due to the development of a large British military cantonment. This cantonment later came into the use by Pakistani Army and Rawalpindi city came to house Pakistan Army's headquarters.

Rawalpindi also happens to be the larger in terms of commercial and Industrial activity. Islamabad is however the hub of all the government activities. Both cities are heavily reliant on each other with people occasionally commuting to and from between the two cities for jobs and educational purposes.

Islamabad is connected to all major cities of Pakistan through an excellent road network and to foreign cities via the Benazir Bhutto international airport. The city is also well connected with the rest of the country via buss service and trains. Islamabad is usually a base camp for most adventurers and tourists seeking to travel to the stunningly beautiful northern Pakistan. 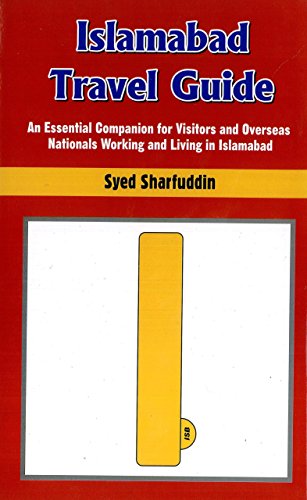 Islamabad has numerous universities and schools. The city boasts of the highest literacy rate in all of Pakistan and has the most advanced educational institutes in the country. The Allama Iqbal Open university which ranks as the 2nd largest general university is located in Islamabad alongside other 15 recognized universities.

Islamabad also has the lowest infant mortality rate in the country and a large number of public and private medical centers. Pakistan Institute of Medical Sciences or PIMS is the largest hospital in the city which functions as the National reference center and gives specialized curative and diagnostic services.

10 things to do in Islamabad

Islamabad offers a variety of activities and sightseeing. Partying and club nights are possible but owing to the nature of the general Pakistani society which is conservative, these actions are mostly done in private homes or clubs. Nevertheless finding these " hidden " parties and clubs is very easy as most of the young population in the city knows about the ongoing trends. Alcohol is illegal in the Islamic republic of Pakistan, although it is fairly easy to procure some.

secret parties and illegal alcohol is not on the "10 things to do list" however...

A visit to Islamabad is incomplete without a visit to Pir Sohawa and Daman-e-Koh. These are excellent viewing points on the Margalla hills and offer spectacular views of Islamabad. They have superb food outlets, gardens and some shops and are surrounded by trees and greenery. One can easily go on a hike in the surrounding mountains which are safe and even plan a camping trip in the many camping sites surrounding the Margalla Mountains.

Easily no 2 on my list because of the endless possibilities. You can go for fishing or just visit the beautiful Rawal lake park for a relaxing stroll. There are ample food outlets and also an aviary nearby for bird watching. Boating, having a nice picnic or just gazing at the setting sun, its got it all.

Technically Murree is itself small city. Its primarily hilltop resort at about two hours drive from Islamabad and offers a variety of activities. Shopping, Hiking, Chairlifts, lush conifer forests, hotels and restaurants, Murree has them all.

A beautiful and scenic model village constructed for tourists and visitors. Its got a nice taste of rural lifestyle which Islamabad lacks. Excellent food outlets serving the best traditional Pakistani cuisine i have tasted all in the most spectacular settings and shops offering handicrafts and souvenirs. Its also got a temple and trekking and rock climbing facilities.

The Museum is dedicated to presenting the various cultures and heritage of Pakistan. It offers an excellent display of many artificafts and cultural symbols and has souvenir shops which offer a variety of ornaments and traditional handicrafts. The Lok Virsa cafe offers you food in the traditional atmosphere much like Saidpur village and is a must see alongside the museum. It appeases both the eyes and the tongue.

The hills are centrally located in the middle of the entire Islamabad region and the terraced gardens offer a beautiful and serene view of Islamabad with the green Margalla hills in the backdrop. Unlike Pir Sohawa and Damen-e-Koh view points, the Shakar Parian Viewpoint is at a much lower altitude giving a more magnified and closer view. Pakistan Monument is nearby which offers a tour of the history of Muslims in British India. The best part is that the whole history is in the form of a story with waxed statutes standing and portraying different events.

The largest privately owned art gallery in Islamabad with over 400 feet of display walls. The place offers a huge collection of art by local artists. It's a must visit for any art enthusiast.

Less a place of worship and more a work of art, Faisal Mosque is Pakistan's Largest and the 4th largest mosque in the world. The design is meant to represent a Turkish Bedouin's tent and lacks the traditional domes and arches of most mosques in the world offering it a unique and modern look.

The best time to go is from March to May when the flowers are in full bloom. The Garden is host to multiple flower shows and has around 250 different varieties of Roses and Jasmines.

Islamabad is the crowning jewel among Pakistan's many cities. Most of the places listed above are ranked by my personal preference. Facts and figures were taken from reputable Islamabad based newspapers.