Isle of Wight - Englands Prettiest Island. Things To See And Do.

The Isle of Wight is the largest island in England, and known to the ancient Romans as Vectis. Located in the English Channel, the nearest mainland county is Hampshire. To reach the island you can either take the ferry or have a great experience by riding the hovercraft. Its approximately 3 miles from the mainland, and really popular with British tourists. it's one of our secret gems, and totally different from the nearest mainland seaside resort.

Back in the 15th Century, the Isle of Wight was in fact an independant country, but this only lasted for a while. And up until 1995 the island had a governor.

One of the loveliest things about the island is the fact that it tends to have more sunnier days each year than any other part of Britain.

How To Get To The Isle of Wight.

The isle of Wight is a couple of miles from mainland England. The nearest seaside town to travel from is Portsmouth and Southsea. Most people know Portsmouth as the famous port where the Victory ship, lead by Lord Nelson, is kept.

Along with many other historical ships it now also houses the famous Mary Rose, King Henry the Eighths flag ship that was brought up a couple of decades ago from the bottom of the ocean.

This is a great place to start your vacation. Especially if it takes you a while to travel down to the coast. Take a break, have lunch then visit the maritime museums and the dockland where all the ships are kept. Then when you are refreshed take a trip on the ferry or the hovercraft and travel over to the island.

If you have never been on a hovercraft then you really should try it. Its a strange mode of transport. It tends to feel a bit like being on a train more than a boat. As you travel across the water, it skims across and feels like a train juddering as it goes along the tracks.

When it gets to the other side and climbs the slope you are never sure if you are on land or still on the sea. I love it, and we always use it when visiting the island. 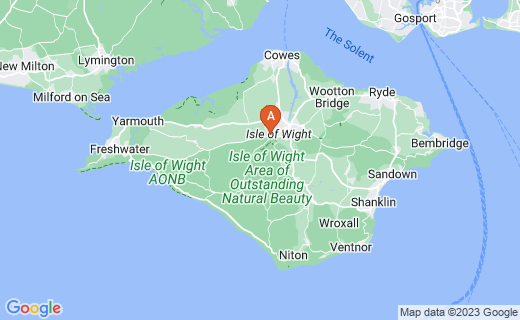 The Isle of Wight 3 miles from Mainland England

Have You Ever Visited The Isle Of Wight? And What's Your Favorite Place To See? 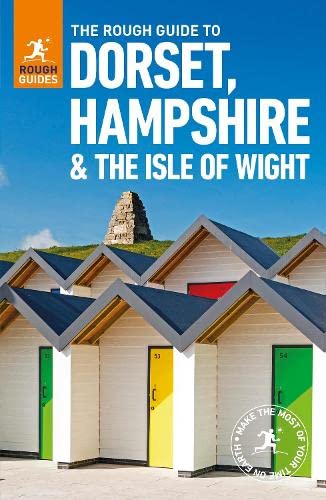 When you hop of the ferry or hovercraft you will be in Rhyde, known as the gateway to the Isle of Wight.

Most people go on to stay at Sandown or The Needles. Which you can see on the map under the name Freshwater.

We stayed in Sandown which is our favorite seaside town. I had never stayed on a caravan park before so it was interesting to see what it was like. It turned out to be lovely.The caravan itself had three big bedrooms, dining room, kitchenette and two bathrooms. It was set in beautiful grounds full of palm trees and flowers.

I travelled with my son, his girlfriend and my boyfriend. It was perfect for us, because the caravan was big enough for us and didn't feel crowded. Its well worth staying on a caravan park and so much cheaper than a hotel. It was 90 pounds each for four nights, which was a bargain.

There are loads of cheap bed and breakfast hotels, as well as the more expensive hotels, so you have a great choice of accomodation.

Things To Do In Sandown And Around The Island.

We were lucky to stay in Sandown because there is so much to do. The great thing about it is that even if you are walking everywhere its all very close together.

We visited the Zoo which is situated along the main promenade just off the beach. This is about half a mile from the pier. Right next to it is a Dinosaur museum for all you fossil fanatics. Along with boat trips, pedalos or paddle boats for the kids and plenty of things to do on the pier, its a great place to stay.

I love the pier. It is so quant and old English. Along with its small gift shops, arcades and crazy golf, you can set up your fishing gear and stay there all day.

Visit The Needles Isle of Wight.

The Needles are situated on the East side of the island at Alum Bay. The reason why its called The Needles is because of the three distinctive chalk rocks that rise up from the ocean floor. At the end of the Needles lies a lighthouse that has been there since 1859.

This part of the island is also very famous for its amazing colored sand. This is caused by silt pushing up from a river bed thousands of years ago after an earthquake. Its now part of the cliff face, and has so many colors in the rock. From red to purple, brown to white.

At the top of the cliffs there is a theme park which also includes a glass making factory, sand shops where you can fill your own bottles with colored sand and many shell gifts for all the family.

There is even a monument to Marconi. This is where he first tried out his radio signals!

Another fascinating place to visit along the cliffs is the top secret Space Rocket and Missile Development Center. This is at the site of the old Needles Battery. The Space Rockets called Black Night and Black Arrow were made here. These were made to carry research materials into the upper atmosphere and then went on to develop our first satellite.

The best thing about Alum bay and the Needles is the chairlift.

These take you from the top of the cliff down to the beach. And its scary stuff! With just a tiny chair made from metal wrapped very loosely around you, you take off up to 300 hundred feet in the air!

This takes you above the clifftop trees, up to the top of the rig, and then down the side of the cliffs. Its not for the faint hearted I can tell you! My boyfriend squirmed like a pea in a pod, and my son went slightly green. Funnily enough me and my daughter in law were fine. Says it all really!

But its something that you really should do. Its fun. Well, sort of! lol!

When you reach the beach, its time to get on the boat and go out to see the Needles up close, and the lighthouse. The round trip takes about 30 minutes, and costs around 4 pounds.

All in all, visiting the Needles is a great day out. And very cheap. The chairlift is only 4 pounds, kids rides, two pounds and all the attractions similar prices.

The Needles Chairlift! I Went On This Twice!

The Isle of Wight in a nutshell.

There is so much to do in the Isle of Wight. Castles, old houses, chocolate box villages and typical English piers and amusements. Along with the zoo's, museums and searching for your own fossils its probably one of the best places in England to go on vacation.

I love it, and will definitely be going again soon.