I live in Houston and have worked as a nurse. I have a lifelong passion for traveling, nature, and photography (preferably all together!).

More than 600 different free events occur throughout the year in Discovery Green Park in downtown Houston. Some of them are seasonal, while others are ongoing regularly. The address is 1500 McKinney St., Houston, Texas 77010.

There is so much to see and enjoy in this downtown venue. This post will focus solely on impressions and images from a one-day-only event held in this park on Saturday, January 7, 2012. The ice sculpting event lasted from 10 am to 5:30 pm.

Some friends invited me to join them to primarily see the so-called "Dirty Dozen" compete in an outdoor competitive 4th annual ice sculpting competition. I gladly accepted thinking that it would be fun to see and experience. It was one of the free events open to the public.

Around the country, including states as far away as Illinois, California, and Alaska, one dozen recognized ice sculpting artists came to Discovery Green Park to compete. Using chainsaws and some blowtorches and chisels, they transformed large blocks of ice into ice sculptures of various types.

Free street parking is limited, but there is plenty of underground parking spaces where one pays a fee to park vehicles. That is what we chose to do. The day proved to be sunny and comfortably warm. Competitive ice sculpting proved to be a popular crowd-pleasing event.

Video of the first annual ice sculpting competition in Houston

I am sure when this event was reserved well in advance, the planners never expected that this January day would be 76 degrees Fahrenheit or even a few degrees higher. But that is what the day brought by way of outdoor temperatures!

These blocks of ice had come from frozen rainwater. They were shaded from large trees and partially covered with insulating materials to keep them frozen as long as possible. The sculptures would later serve to water areas of the park as they melted. Following several years of severe drought, the extra water from those melting ice sculptures would be welcome.

A white picket fencing surrounded the area where these icy mediums were being transformed into recognizable masterpieces, and the public was invited to vote on their favorites. There was to be a grand prize of cash and a people's choice award as well. Of course, the bragging rights would be priceless!

As you will be able to tell from the many photos that I took, one could view the ice sculptures from different angles by walking around the fenced area. As the day progressed, the blocks of ice indeed became works of art.

We did not stay to see who won this year's contest nor for the performance, which was to take place on the Anheuser-Busch stage between The Reverend Butter and the winning ice sculptors. However, we did see people already laying out blankets on the Jones Lawn in preparation for that event.

This year the outdoor ice skating rink at Discovery Green was opened on November 24, 2011, and will remain open until January 22, 2012. The dates may vary slightly year to year, but this has also become an annual thing to enjoy in Houston. Corporate sponsors help make this possible.

Tickets cost $10 plus tax, but this also includes the skate rental. Except for a few people who have moved here from more northern climates and moved their ice skates with them, few Houstonians would typically have a pair of ice skates in their possession.

Just look at the fun people seemed to be having on the day of our visit!

It brought smiles to our faces to see the delight of children and their parents splashing about and having fun in this Discovery Green fountain. On a patterned granite surface, jets of water sometimes low and at other times arcing up to heights as high as fourteen feet have people laughing and playing.

In the heat of the summer months, the cooling effect of the water would be particularly lovely!

Art in the Park

Some of my photos also captured giant balloons hanging from the large 100-year-old live oak trees along the Brown Foundation Promenade.

That temporary public art display was adjacent to where the blocks of ice were becoming ice sculptures. The exhibit was titled "Through the Eyes of a Child," created by David Graeve. David Graeve is a well-known artist who does these balloon sculptures with their faces as well as other types of art.

Those who follow my writings know my appreciation of the wild and wacky forms of art plus the beautiful and sublime. This vehicle in Discovery Green drew lots of attention and also made people smile.

Kids are always having fun in this playground area of Discovery Green Park. For the first time, I walked over to it and discovered that the ground area is composed of some soft yet sturdy material (perhaps recycled rubber?), which would make for a soft landing if children happen to trip or fall.

From a distance, I noticed some bird images. I found out that they are a permanent feature of the playground and represent the many types of birds that fly over Houston migrating further south or north, depending upon the time of year.

As readers of this post can tell from the photos below, many people had their four-footed friends on leashes with them in Discovery Green Park.

There were many different concessionaires ready to supply food and drinks to the people enjoying a day in the park, whether strolling the grounds, sitting at picnic tables, chairs, or sprawled out on blankets placed on the ground.

The skies over Houston that day were clear and blue with an occasional cloud passing overhead. Everyone seemed to be having a good time.

At the south end of Discovery Green is a beautiful restaurant called The Grove. It blends perfectly with the surrounding area overlooking the century-old trees and lawn areas with spectacular views of the park. Large glass windows allow one to view activities in the park, and one can sit both inside and outside.

My two friends and I decided to have lunch there, and we were very pleased with the décor, food, service and overall ambiance.

We shared an appetizer of BBQ glazed pork meatballs with a buttermilk dressing as a base on the plate. Then we all decided to have the same entrée with was a grilled salmon salad Mediterranean style with chickpeas, shaved carrots, and fennel. The wood-grilled 5-ounce portion of salmon had an herbed aioli sauce drizzled over the top. All of us agreed that the food was not only visually beautiful but tasty as well.

I would choose to return anytime! Looking at the plates of other diners as we walked out, there are many more enticing dishes just waiting to be sampled and enjoyed.

The video below tells more and shows more images regarding this downtown Houston park. I did not realize until recently that it is not a city park but a privately run and operated non-profit entity called the Discovery Green Conservancy.

If you find yourself anywhere near downtown and are at a loss of ideas of what to do in Houston, perhaps this one half-day journey to Discovery Green Park with my photos will give you ideas of what there is to see in January. Even if there is no ice sculpting and ice skating, excitement and special events will help keep you entertained at all times of the year. The best part of all is that the vast majority of things in the park are always free. 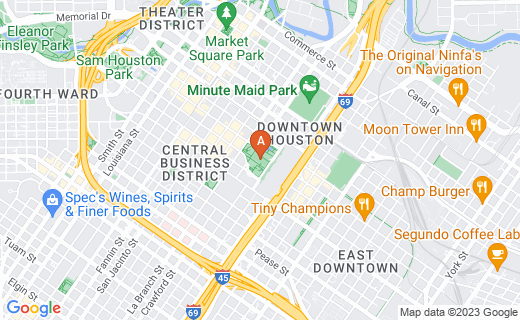 Did you like this article? If so, please take time to give it a star rating. Thank you!!!

5 out of 5 stars from 5 ratings of Ice sculpting, etc. in Discovery Green Park