Situated in the cradle of Maikal Hills in the Central Indian State of Madhya Pradesh, Kanha is a tiger heaven. The National Park is jointly managed by the State and the Project Tiger Program which is a Government of India initiative. Hence it is also known as a tiger reserve.

The park is a biodiversity zone, with abundant flora and fauna inhabiting it's confines. The keystone species are the tiger and the leopard. Both big cats are tertiary carnivores in the food chain. But the former rules here, and the population is thriving. Kanha is one of the best managed parks in India, and more than hundred tigers survive and breed here.

The forests are Sal dominated with bamboo flourishing at slopes. There are mixed forest zones and extensive grasslands interspersed with rivulets. Notable feature of the park are Dadars or low rise table top mountains. The table tops are a unique niche ecosystems which support four horned deer, bison and tiger. The canopy differs from that of the slopes and forests in plains. Meadows or grasslands are prime habitats for big cats since they support the largest prey base in the reserve.

Popular for endangered animals, the park gained fame for successfully bringing back the hard ground swamp deer or Barasingha from a certain extinction. Other animals that are easily seen are the spotted deer, sambar, langur, jackal, wild boar, barking deer and bison or gaur. Sloth bear and leopards are seen whence lady luck shines. Mouse deer and Indian wolf are almost on the verge of extinction and require greater protection.

The National Park is a good birding habitat, especially for forest birds. There are more than two hundred avian species inhabiting the park. The numbers include winter migratory birds.

Kanha is a tiger conservation center, it has an area of 940 sq.km notified as core zone and the rest 1005 sq.km as buffer zone. The park is managed by forest department of Madhya Pradesh. The field director's office is situated at Mandla Township which is ninety six km from Jabalpur the nearest airport and sixty five km from the park..

Kanha is home to large number of mammals many of which are nocturnal and a rare sight.

There many species of rodents and bats found in the reserves which are usually ignored by the tourists. The park is home to both the fruit and insect eating bats.

Kanha National Park is home to amazing avian species which includes winter migrants. The preserve boasts of more than two hundred fifty bird species that are seen during the expedition.

The major attractions are:

A pair of binocular is a must for this activity here. A spotting scope is not of much use here but if you can bring it no problem. A good reference book is a must for identification. If you can hire a professional bird guide it will be rewarding.

As a conservation unit the tiger reserves follows a minimal intervention policy. Hence the conservation is on macro level. The focus of attention is the tigers, and consequently their numbers are on the increase. The conservation practice brings all important life forms under its purview.

The most remarkable campaign has been the bringing back of swamp deer from the brink of extinction. Since the hard ground barasingha is the only race found in the World it was imperative to save it. The last remaining herd of sixty six animals were placed in a pen covering several sq.km. The pen was cleared of all predators in order to increase breeding and survival of the new born. The spectacular recovery was attributed to field biologist George Schaller et.al. They were instrumental in research and action.

Most of the research being carried out at Kanha National Park is on tigers. Few of them have been radio collared in order to study their behavior.

The success is attributed to conservation research. A team of scientists and scholars are constantly studying the ecosystem for a better future.

Kanha Tiger Reserve is the best place to see tigers in the wild in India. In the tourism area safaris are organized only on jeeps since trekking in the forest is not allowed. The jeep safaris are conducted in early morning hours till noon. Second session begins in the afternoon around 3 pm and ends by dusk.

Game rides are the best way to see animals in their natural habitats. The rides cover a wide spectrum of Kanha's niche habitats and landscapes. It yields exciting sightings of wild animals of the preserve. Game rides are the best means to enjoy birding. One can go on foot only in the treks in buffer zone for bird watching.

For game rides in the park an entry fee, vehicle fee and camera/movie fee has to be paid separately both the times. Though many vehicles are guided by trained naturalists employed by hotels, it is compulsory to hire a forest guide at the gate.

Due to heavy rush jungle routes have to be preassigned and tourist vehicle can ply only on the given route. The park is very strict on rules and regulations. Any impeachment can result in temporary loss of job for the forest guide and a ban placed on the jeep. The exit timings have to be strictly maintained. Delay in exit can result in the vehicle, the driver and the guide being banned for few days. Similarly the speed limit of twenty km per hour should not be surpassed. The forest officials frequently update the drivers and the guides on rules and regulations. It is necessary for the tourists to abide by the rules as instructed by the guide and not break them.

Safaris are meant to be enjoyed in a holistic manner, and not just tracking tigers. A look at the birds and wild flora will certainly make your wildlife watching experience in Central India fruitful.

Safari Booking is done online at MPOnline Website. Safaris can be booked online at current window at respective gates.

Kanha Safari: What to expect?

Safari at this wonderful nature preserve offers a wide view of the landscapes of its habitats. During the ride one can come across many of its animals and birds. Lucky ones can see the tiger, leopard, sloth bear, bison, swamp deer and the wild dog.

Common sightings are those of langurs, spotted deer, sambar, wild boar and barking deer. Tiger is the prime interest of the tourists, and most of the time is spent looking for the big cat. However going for a holistic experience of this ecosystem yields much more satisfaction.

For bird watchers there is enough excitement since Kanha Tiger Reserve is a fantastic birding place. For most tourists, an expert birding guide comes very handy in the dense forest of this tiger haven. One does not need a spotting scope since the canopy is dense and visibility is limited. The spotting scope may be useful at water holes but migrants are limited and the binocular works well.

A visit to the nature park offers insight into how the ecosystem works. You come to know about the fragile web of the living and discover their interdependence. Another important aspect that you find out is the dependence of humans on this natural heaven.

There is a museum and an interpretation center at Kanha Zone. This is were stop for brunch is made. After finishing with your meal you can visit the center and the museum. This will take about an hour so be assured that you have already done with the safari. By the time you finish it will be time to leave the zone.

I have been visiting the reserve since seventies and have seen many tourists turning into conservationists. The park is an excellent interpretation center for those who do not understand the ecosystem and it's immense value to the human civilization.

About The Tiger Reserve 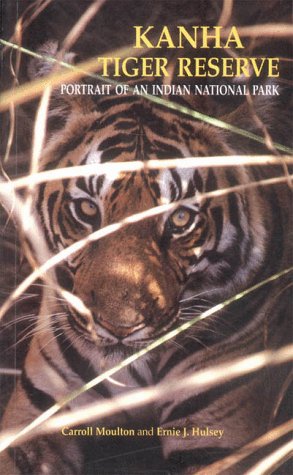 Kanha Tiger Reserve - Portrait of an Indian National Park
Written with the intent of introducing the National Park to amateur the book succeeds in its aim.
Buy Now

Tourism infrastructure at Kanha is established since years. The park has a network of well maintained jungle roads for excursions. There are camps in the park for rest breaks. The nature preserve has few interpretation centers that act as natural history museums as well.

Edibles are not allowed to be consumed just anywhere in this park. The Museum has a canteen where breakfast can be consumed. This applies to other zones as well with their respective canteens or centers.

The safari is organized on open jeeps as mentioned above. Tourists can hire jeeps directly or ask their hotels for assistance. One can also enter the preserve using one's own vehicle but an extra charge has to be paid.

The Tourism Area is divided into four zones:

As of October 2016 all all zones are equal in status and same gate fee is applicable.

Newly formed Khatia Zone in the buffer area is also open for tourism. The charges are less but all rules and regulations remain the same.

The interpretation centers are well equipped for learning all about the park ecosystem and its wild denizens. Wild life movies are on show almost on daily basis. A visit to the centers is entertaining as well as educational.

Accommodations and the hotels in Kanha are situated outside the buffer zone. As well equipped wildlife resorts, they offer luxury stay and also organized tourism in the National Park. There are number of old rest houses inside the park but they are reserved for VIPs and officials.

The accommodations range from budget to three star. These are situated near the Khatia and Mukki Gate in the buffer. In the year 2015 a small lodge managed by rural women has been built outside the Sarhi Gate. Food can be had at many dhabas or small restaurants if you wish to economize.

The hotels should be booked well in advance. Due to the holiday rush it will become difficult to find accommodation. There are many hotel websites that offer online booking which is one good way to reserve your stay.

Winters are harsh right from mid November to January. At its peak the cold is extreme ranging down to zero degree centigrade. There is no fall but frost can be severe. The cold tapers down from February onward.

February to March is mildly cold and pleasant with lukewarm sunshine. From April the heat rises and becomes unbearable in May. June is also hot but humidity creeps in as arrival of monsoon rains becomes apparent. Good amount of rains creates pleasant weather else it is terrible humid.

October is mild and sunny. This is the best time to Sun and enjoy the surroundings.

The refuge is situated in the center of India near Jabalpur and Mandla Town. Jabalpur is well connected with New Delhi by Air and Rail. Usually two flights operate one from New Delhi and one from Mumbai. Recently flight between Hyderabad, Chennai and Bangaluru have started operating. The State is also interconnected by flights using small aircraft. The flight schedule keeps on changing hence confirm it before booking.

There are four overnight trains that ply between Jabalpur and the Capital City.

By road Kanha is about 165 km from Jabalpur, and more than 150 from Pench National Park. Approximately same distance is there between Bandhavgarh and Kanha National Park in MP. Gondia City in Maharashtra is at a distance of ninety six kilometers. 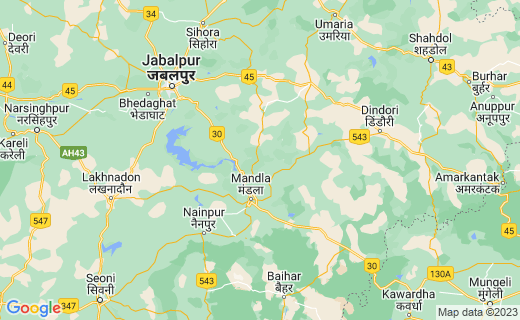