Kappad - The Gateway to the Malabar Coast

What is the relevance of Kappad or Kappakadavu, a small place in Kozhikode in Indian history? How is this beautiful beach in Kerala related to the European history? What is Kappad's association with Portugal? How did Kappad unite India with Europe?

History is interesting and educative. Following history is an entertaining voyage. Those who love history may ask a number of questions when their topic of research centers on Kerala or India. Some of the sample questions one may ask about Kerala/India are what you find in the beginning part of this article.

You need some convincing answers and explanation. Be patient. We will learn it all. Please follow me. We are on a voyage. Our mission is to explore certain episodes of world history. Ready? Then close your eyes. Now you are entering another world. You are now in an ancient territory.

The beach, as usual, is very calm. It has a stretch of rocks projecting into the sea. Breaking the silence, 3 vessels land on the shore. There are about 170 men in strange costume and attire in the Ships. They speak some language, which the locals never heard of till then. It is some Portugal navigators under the leadership of a great sailor named Vasco da Gama.

It was the beginning. It was a moment to create a new chapter in history. The story of a great voyage. This voyage established the sea route from Europe to India, unknown till then.

The Portuguese explorer Vasco da Gama's landing, though accidentally, was creating thus some turbulent waves in the ocean of history. This heralded the arrival and permanent route from Europe to India. This also paved the way for the arrival and permanent presence of various European merchants, companies, and establishments. Also, this leads to the domination and rule by the East India Company. In fact, India's suffering to a great extent was on account of the British colonial rule. All this happened after the discovery of sea route to India by Vasco da Gama. Thereafter, Europeans' arrival at the Malabar coast became a routine thing. The European invasion thus started.

Why did they come?

Malabar was so rich during that period. It was very famous for spices. The land was abundant in spices like Pepper, Cardamom, Grampoo, and Ivory. Naturally, lured by these rich properties of Malabar, navigators from different parts of the world reached the shore and built their establishments in and around Kozhikode for trade. The Arabs came first. Then came the Portuguese. When Vasco da Gama reached Kappad, the Zamorins was the ruler of Kozhikode. The king welcomed Gama and provided him good hospitality. He also arranged things in his favor for doing business.

The arrival of Gama has special relevance in history as it opened the sea route to India from Europe. From here begins the history of Europeans' invasion of India. Later, the British merchants reached India and established East India Company for trade purpose. It eventually leads to the domination and rule of India by the British empire. This resulted in the European domination of India for about 450 years. Gama's arrival also opened the way for the socio-political relationship between India and Europe.

On the rocks by the seashore, there is a small monument commemorates the landing by Vasco da Gama, where you can read the inscription "Vasco da Gama landed here, Kappakadavu, in the year 1498". In history texts, Kappad finds mention as the "Gateway to the Malabar Coast".

The beach is very calm with a stretch of rocks projecting into the sea. The scene of sea and rock kissing each other is marvelous to watch on. Sitting on the rock surface you can have a beautiful look of the area. There is an 800 years old (Hindu) temple on this rock. The abundant coconut trees around the area provide a green belt to the land. The beach is serene and pleasant. The waves are not violent. Fortunately, the beach is still unspoilt and uncrowded.

The picturesque backwaters of Kozhikode offer an eye-catching scenery. The place is away from the hustle and bustle of city as this is a small village. For that very reason, the peace you expect from such a place is guaranteed. No concrete buildings kill the charm of this beauty spot. People are friendly and cooperative. For the benefit of tourists, the help of Police and Life Guards are available. The government have also done some beautification works here to attract tourists. There is a park near to enable the visitors for watching the beach and the surroundings with the peace of mind. There are enough seating arrangements as well.

By Road: The condition of the road is good. From Kozhikode, it is 20 km away. Those who come from Kozhikode side need to take left deviation from the starting point of Vengalam Fly Overbridge on the National Highway. People from Kannur/Koyilandy side, take deviation from Pookkad. In case of doubt, just ask the locals for direction, they are helpful and will give you a satisfactory reply. Though Buses are available, only limited services are done. Get into a bus with destination board "Thoovappara".

A ride down the backwaters through the Korappuzha river brings you to the beach. The best route to Kappad is along the backwaters.

It is best you stay in Kozhikode city as accommodation is very limited in Kappad. If you have a big purse, then try Kappad Beach Resort, opposite to the beach.

Lean Season: May to September (The tariff are lower during this season)

Do you have any plan to experience the enchanting Monsoon magic (rainy season)? Then please do visit Kappad during June and July. The monsoon is so lavish in Kerala and is a must feel experience.

It was the spices and wealth of Malabar that brought the Arabs, the Greeks, the Romans, the Portuguese the Dutch, the French and the English to Kerala. Kappad has witnessed many such landings. Anyone, who follow history can't therefore skip this tiny land.

Relaxing and rejuvenating. Kappad offers you a good experience. The place also conveys the story of some adventurous sea voyages made in the 15th century and that of the later periods. Kappad is and has a significant monument to highlight the eventful history of Indo-European relationship for centuries. 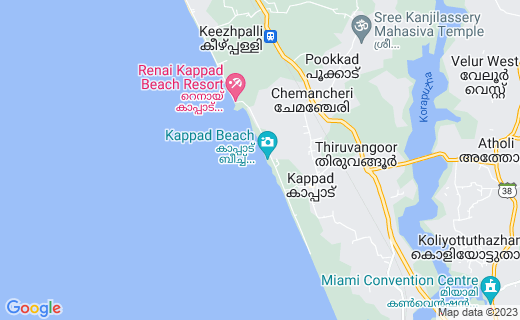 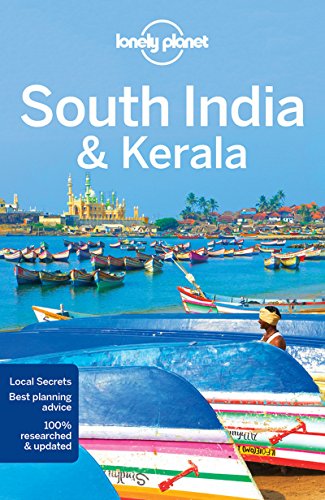