You are an animal lover and your most loved one is the elephant. You wish to watch this elegant animal and in large number. You also like to learn more about the jumbo animal. But you are clueless how to proceed and where to go about. Then, be cheerful. You have a good place for your elephantine exploration. 'The God's Own Country' better known as Kerala is your right destination.

Kerala, a southern state in India is famous as well as infamous for a lot of reasons. The most literate, hygienic and beautiful Kerala is a paradise of elephants. It is the right place for elephant enthusiasts to observe the features of this big black animal and understand their behavior to some extent. As Kerala has the largest presence of both wild and domesticated elephants, you have plenty of opportunities to enjoy these 'black beauties'. To update your elephant -knowledge, I may also inform that the Asian elephants are known to be more attractive and among the Asians, the Kerala brand is the most beautiful and attractive one.

By Road: Regular Bus service from all towns/cities of Kerala

Nearest Railway Station: Guruvayoor. Trains from Ernakulam & Trivandrum side available. Those coming from Kozhikode/Calicut need to alight at Kuttippuram or Pattambi.

By Road: 90 minutes journey from Kochi

For your observation or study on elephants, you can visit the enchanting elephant circuits such as Guruvayoor (Punnathurkotta), Mangalamkunnu Elephant Village, Kodanad, Konni and Thekkady.

All Malayalees love elephants. All religious people respect this giant animal. It could be the reason why most of the major temple festivals in Kerala parading tuskers. The Churches and Mosques also display the animal during their festival procession. The famous Thrissur Pooram and Guruvayoor festival give us ample opportunity to watch the spectacular sight of the caparisoned pachyderms being paraded with pride. You cannot see such a magnificent scene of elephants standing together anywhere in the world. The most spectacular sight of the paraded elephants you can watch is at Aratupuzha in Thrissur. More than 60 elephants representing as many deities take part in the festival. Thus, Arattupuzha Pooram is considered to be the most extravagant of all temple festivals Kerala being witnessed.

The most amazing aspect of Kerala's elephant story is that here you can see both wild and mild (read domesticated) animals. Kerala has a thick forest in a match with its abundant greenery. The forest in Wayanad like Muthanga and Tholpetty, the forest in Idukki, Malappuram, Palakkad, Pathanamthitta have good habitation of elephants. I had had the opportunity of observing some wild elephants during my forest journey to Muthanga and Walayar in Kerala and Bandipur of Karnataka and in the Muthumala forest of Tamil Nadu. It was a challenging experience. The domesticated animals are more in Thrissur and Kollam. The domestication of the elephant is not a common thing elsewhere in the world. But is a common sight in Kerala. I remember having read once that like Kerala, Thailand too has a large stock of elephants and the people there too love the animal so fondly.

The people of Kerala love, respect and worship elephants. The animal has a relevant place in Hindu mythology. Ganesha, the 'God of Obstacle Remover' is often called 'Elephant God' since he bears the face of an elephant. Those who wish to learn more about Ganesha and how he got the elephant face can ready my hub 'Ganesha, The God of Good Beginning and Prosperity'.

If you are an elephant enthusiast, the place I suggest you to visit is Thrissur as I have observed that the people of Thrissur are the great fans of this animal. They love it like anything. The people there consider the animal as a symbol of status and prosperity.

As keeping an elephant at home is a huge task involving great spending of money, only the rich can accord this practice. the domesticated animal needs the care and guidance of a professional mahout. The elephant lovers always eloquently talk about the temple elephants. They have even ranked the elephants in Kerala according to certain features of these tuskers. As per 'Aanashastram', a scientific text on elephants, there are some features an elephant to possess to classify it as a 'VIP'. Obviously, the owners and lovers of high ranked or VIP animals walk and talk in a superiority feel.

Though these animals cost hundreds of thousands of bucks to the owner, they bring him high revenue too. The rent or fee charged for parading elephants for temple festivals, exhibitions and also for lifting heavy goods, loading and unloading of timber, etc., are the sources of money for the owner. The owner of the high ranked elephants will be paid more. For the temple authority, parading the 'VIP' elephant is a prestige matter and they don't mind in spending more for bringing the best for the purpose.

Watch this Official Video of Kerala Tourism Dept. to know more about "Anayoottu"

Elephants follow a vegetarian diet. Keeping of elephant is a costly affair. The salary of the mahout, feeding, etc., cost dearly. Feeding of proper and rich food is essential for the health of these animals. There is a ritual in this regard every year at various places of Kerala. It is religiously practiced at Vadakkumknathan Temple, Thrissur and Guruvayyor.

This ritual is done to please Lord Ganesha, the elephant-faced god. This is usually conducted in July, a time by which the elephants are back on their own camp after a long season of festivals. They get relief during this season as there is no festival during the time and moreover it is Monsoon season.

The elephants get best food and treatment during the time of 'Anayoottu'. Sugarcane leaves, coconut, jaggery, banana and sweet Ganapati pooja 'prasadam' are lavishly offered. The animals get proper rest also during the period. You can watch the above video for more details.

After the Guruvayoor Deavaswom, the Mangalamkunnu Tharavadu also known as the 'Elephant House' owns the highest number of domesticated tuskers. While Guruvayoor has 60 elephants, it is 13 at Mangalamkunnu, all beautiful and more than 300 cm tall. This house also accommodates some of the most prestigious elephants in Asia. Since some of the biggest animals in Kerala are here, the place is a favorite destination of elephant lovers and tourists. The second and the third largest elephant in Kerala are here. To reach here, the nearest railway station is Ottapalam (19km) and the nearest airport is Karipur International Airport (70km). (See the box for other elephant locations).

'Aana', that is the Malayalam term for the elephant. ("Aa" to be pronounced as the sound "A" in "Ant"). 'Aana premi' means the elephant lover. If you are an elephant lover, Kerala is undoubtedly your right choice. Where else on the earth you can find so many elephants in accouterments?

"The God's own country' is the country of elegant elephants too", a statement you may scribble on the visitors' diary after your elephantine experience in Kerala. 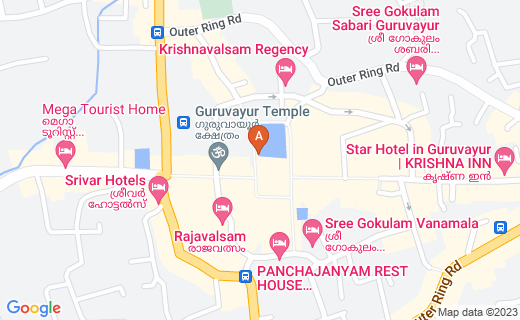 Have you even found an elephant in close circuit?