I love traveling. In Europe, I enjoy historic cities and nature walks. I've visited Scotland, Ireland, and France, among other countries.

Kilmainham Gaol, a former prison in Dublin, is known as one of the best historical tourist sites in Dublin. Many Irish revolutionaries were imprisoned at Kilmainham Gaol, connecting it with Ireland’s battle for independence over the 19th and early 20th century. This therefore makes the gaol a fascinating place to visit and gain insight into Ireland’s history. Overview:

The Foundation of the Gaol

Kilmainham Goal was built in 1796 to replace a run-down jail in Dublin. The gaol held prisoners convicted of all manners of crimes, ranging from petty theft to political crimes. Most of the prisoners were kept in crowded conditions, and originally, men, women, and children were all held together in the same cells. Eventually, a women’s area was built in the gaol’s west wing, but conditions remained poor.

Some prisoners were transported from Kilmainham to Australia. Others, particularly political prisoners, were executed by hanging or firing squad. Between 1796 and 1820, a number of prisoners were publically hanged in front of the gaol.

Many of these prisoners were ultimately executed. In 1891, the gaol built a hanging room for this purpose. Some prisoners, most famously the leaders of the 1916 Easter Rising, were executed by firing squad in the gaol’s exercise yard.

One of the gaol’s most famous prisoners was Eamon de Valera, who later became the third president of Ireland. Other well-known political prisoners include Robert Emmett, Charles Steward Parnell, Michael Dwyer, Oliver Bond, and Anne Devlin. These and other prisoners connect the gaol closely with the history of the independence movement.

Kilmainham Gaol was closed in 1924, and it was restored as a historical site in the 1960s. Visitors can tour sections of the gaol and see exhibitions on the history of Irish nationalism. Sections of the gaol remain in their original condition, providing visitors with a moving look at the conditions the prisoners lived in.

There is a guided tour that takes approximately an hour. On the tour, you’ll view some of the cell blocks the prisoners lived in, some of which include graffiti and other markings left by the prisoners. The tour guides are experts in the history of the Irish independence movement and will provide you with a lot of detailed information to bring what you see to life.

The museum exhibitions are also fascinating. A tour through the gaol only costs €4, making it one of the best bargains in Irish tourism. Kilmainham Gaol is a very popular site, so you may wait in line for a long time, particularly if you arrive later in the day. Despite the wait, however, a visit to the gaol is more than worth it. 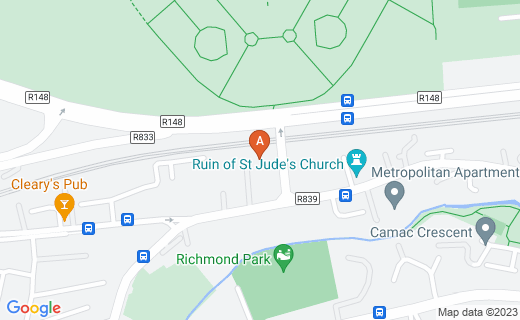 What is your favorite place to visit in Dublin?

Allthough it is always difficult to consider a prison as a nice setting it has been so in a couple of movies I really enjoyed. Most notable movies for me featuring this historic building are:

The Escapist is probably the movie that features Kilmainham Gaol as the main backdrop and adversary. Although a lot can be said about the escape mostly being symbolical, it is a well executed prison escape drama with well rounded and often dysfunctional characters.

In the Name of the Father

It is based on the true story of the Guildford Four. The main protagonist is Gerry, played by Daniel Day-Lewis, one of the 4 people wrongly convicted for the Guilford pup bombings of 1974. IRA stories are often difficult to watch and fairly brutal, this one is recommended though, because of the excellent performance of Daniel Day-Lewis.

Kilmainham Goal also features in the original Italian Job movie. A fairly well executed heist movie that has been remade nearly 50 years later. Although the movies differ in style and casting choices I actually enjoy both.

If you've seen these movies you'll probably have a more enjoyable experience when you visit the prison, because you can image how it was.