The Al Khalifa family, which has ruled Bahrain since 1783, originally came from Kuwait. What? They are not even true Bahrainis? That's right. However, the Al Khalifa clan had to fight and elbow a number of other Arab family clans and tribes, Iran and the British Empire, to hold on to Bahrain. The Al Khalifa clan had to be really shrewd to beat the British Empire, don't you think? And how did they accomplish this seemingly impossible feat? The Al Khalifa clan asked the help of a much bigger entity, The United Nations. On May 11, 1970, the United Nations recognized Bahrain as a "fully independent and sovereign state free to decide its own relations with other states."

During the mid-1990s, Bahrain was suffering from political unrest. So, when King Hamad bin Isa Al Khalifa succeeded his father as head of state in March 1999, he immediately instituted elections for parliament, released all political prisoners, and, listen to this - gave women the right to vote. After these historic moves, he set out proposals to his people to turn the country into a constitutional monarchy with an elected parliament and an independent judiciary. Elections were held in 2002, and the Bahranis gave him a standing ovation; it was a landslide in support of their ruler. So, what else is there to do? He declared himself king.

H.M. King Hamad has four wives. His first wife, Queen Sabika bint Ibrahim Al Khalifa, whom he married in 1968, is the mother of the Crown Prince, Salman ibn Hamad ibn Isa Al Khalifa, the heir apparent of the Kingdom of Bahrain. 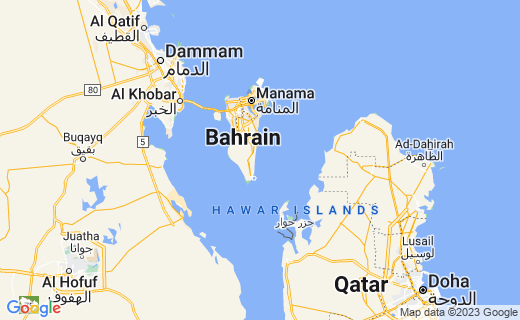 If you like this article, will you please let the writer know, and/or share this article with your friends. Comments are greatly appreciated.

If you wish to join Hubpages community, you can sign up here.