You may or may not have heard that His Majesty, King George Tupou V, passed away on March 18, 2012. He had reigned over the kingdom of Tonga for six years following the death of his father, Taufa'ahau Tupou IV.

Since I lived in Tonga for several years, I try to keep up with what is going on in Tonga. My condolences and respect go to the Royal Family of Tonga. Right now plans are being made for the funeral of His Majesty. It is a somber time of mourning for all Tongans.

When any high ranking member of the Royal family dies, many traditional preparations are made. All Tongan people in the inhabited Tonga islands wear black, and many wear mats tied around their waists. These mats (ta'ovala) have been hand made and woven by artisans in Tonga.

A committee is assembled to oversee the preparations for the putu (funeral). There will be a wake or 'apo, where the people gather to pay their respect. A Ha'a Tufunga (caretaker) is designated to watch over the body of the deceased until the burial. This person is responsible to see that the body is not touched, because it is considered toputapu (sacred). The Ha'a Tufunga has the responsibility and honor to wash and dress the body. Proper prodical is expected to be observed by all.

The Royal Funeral committee decides how long the period of mourning will last. For His Majesty King George Tupou V, it was announced that the time will be for three months. The people of Tonga will continue to wear black until the mourning period is over.

Tonga has announced that March 26 and 27 is to be a national public holiday. Many buildings in Nuku'alofa, the capital of Tonga, have been draped with black and purple (royal color) as well as the fence surrounding the Royal Palace. Local businesses and some homes in the capital also drape their facade to show sadness and respect. School children clean the streets to prepare for the passing of the Royal Procession. A special tomb will be built for the King in the Royal Cemetery.

Rulers of the Kingdom of Tonga have included:

When the first King embraced Christianity, the Tongan people followed, with the majority of them attending church every Sunday. In fact, it was against the law to run a business on the Sabbath day.

The Kingdom of Tonga has, until recently, embraced the traditions of former monarchs. Tonga is the only country in the Pacific that has not been governed by a foreign power. A movement towards democracy is currently underway. The country has a population of 106,000, with a third living in the capital.

The New King of Tonga

The younger brother of King George Tupou V is took the throne. He was the Crown Prince Tupouto’a Lavaka. Long live the King! 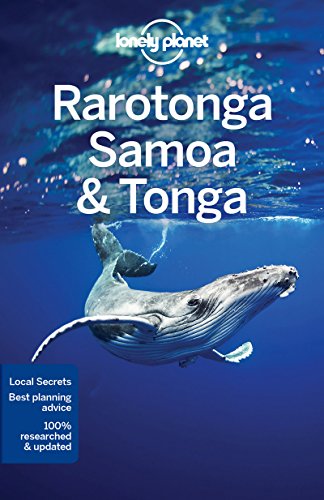