Frankly speaking, I need to be a poet to describe the charm of Konkan rail route precisely. Sorry, I am not a poet. Yet, I admit anyone becomes a poet when he makes a journey through this spectacular route on the Konkan coast of India. It is world’s one of the most amazing rail routes. A passage through the Konkan coast offers you some great travel experience. It is a romantic safari.

The Konkan Railway (KR) connects Mangalore, a major Town in Karnataka with Roha in Maharashtra. It is a short way to reach Mumbai, the Commercial Capital of Maharashtra and one of the Chief Metropolitan cities of India, from Mangalore. The route starts from Karnataka’s Kankanadi (better known as Mangalore Junction) and passes through Goa and Maharashtra. Udupi, Kundapura, Byndoor, Mookambika Road, Murudeshwar, Bhatkal and Gokarna, the famous tourist and religious spots in Karnataka and Madgaon of Goa and Ratnagiri of Maharashtra are some of the major stops or fascination you will find during your onward train journey to Mumbai.

Throughout its total length of 741 km journey, you will experience the most amazing and spectacular scenery of the nature along the west coast of India and the other wonder of nature called ‘the Western Ghats’ or ‘Sahyadri’ hills. Plenty of tunnels and bridges are what makes it a different rail route in India apart from other attractions. I have traveled almost the length and breadth of India but never have witnessed such a beautiful panorama as what Konkan coast offers. I must admit that the Konkan even beats Kerala’s spectacular sceneries, a land known as the God’s Own Country. 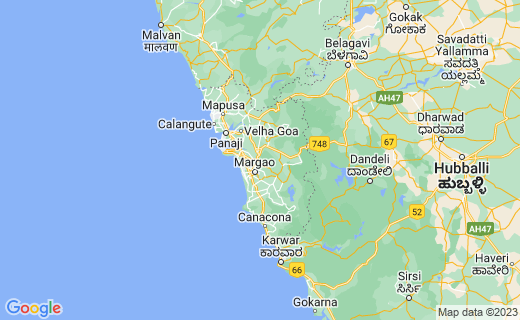 Would you love to make a trip through the Konkan coast?

The Konkan railway was formed for the very reason that there was no rail connectivity from Mangalore to Mumbai. Since Mumbai is the commercial capital of India and a paradise for job seekers, thousands of people were travelling to that great city every day. They had to travel very long to reach Mumbai by taking a road trip. It was time-consuming, expensive and above all strenuous too.

The people living in the Konkan region naturally felt and pressed the need for a rail route through their area. Apart from Karnataka, if materialised, the new rail route would be beneficial to passengers of other South Indian states like Kerala, Pondicherry, Tamil Nadu and Goa and Maharashtra of the Western region greatly.

Being termed as the brainchild of veteran parliamentarian from Ratnagiri, Barrister Nath Pai, M.P, other political leaders like Madhu Dandavate and George Fernandez of the Konkan region played a decisive role in the conception of the Konkan railway.

Soon, a separately incorporated Railway Company was formed for the construction and operation of the Konkan line. The Konkan Railway Corporation Limited (KRCL) was thus constituted. The foundation stone of the project was laid on July 1990. Mr Sreedharan, a senior railway official (Chief Engineer too) was appointed its first Chairman and Managing Director.

The Konkan route passes through the toughest terrain. Obstacles were plenty. Full of mountains, hills, rivers, lakes, dense forest, coastal region, everywhere it was a hostile terrain. The weather too was so tough on this sector with the occasional attack of flash floods, landslides, strong wind and continuous rain. The Monsoon rain hit the region so harshly. Above all, the route was remote, deserted and the roaming of wild animals was a permanent menace. Most of the area had agricultural fields. The human settlement was so thin thanks to the tough terrain nature of the Konkan area.

Then, how to build a railway route facing all these challenges? That was the great question and concern. Reputed Engineers from the advanced countries too were of the opinion that even the idea of building a rail route itself is unthinkable, leave alone constructing. Here comes the magic of E. Sreedharan, popularly known as “India’s Metro Man”. His mastery craft had built many engineering wonders in India, and the most famous being the reconstruction of Pamban Bridge when a cyclone hit the bridge damaging it completely.

His ability is more counted when the task is tough. He introduced several innovative methods, strategies and a decent work culture. Quick, prompt and very scientific, his brain had a lot of ideas and that reflected in the construction of the Konkan railway. Beating all the harsh challenges, the world’s toughest rail construction was completed in a record time of seven years.

When the 741 km long line was inaugurated on the Republic Day of India, that is January 26th, 1998, the whole nation was thrilled of a rare accomplishment. It was a great day of a greater achievement. The nation also paid homage to the 76 great lives lost during the construction of the challenging route. The whole world was shocked on India’s engineering marvel. It was another proud moment for the workaholic Sreedharan. The Konkan Railway is beautifully described as ‘Indian engineering skills go poetic and heroic in the Western Ghats”. Some international Dailies mentioned that even technologically advanced countries too cannot finish such a great work in such a short period. India’s glory went high when the train service started through the route.

A picture is worth a thousand words. As admitted earlier, I don’t have enough vocabulary to describe the charm of the amazing Konkan route. Rather than the pen, here what works better is my digital camera. Konkan route is so marveling, spectacular and truly incredible. The photos were taken by me as well downloaded from the official site of KRCL) will give a feast to your eyes. These photos are the real poetry.

The sleepy villages, green fields, sea, rivers, lakes, forest, small huts, coastal life, nature is at its best on the Konkan coast. It is exactly picture perfect. It is nature’s wonder.

Certain journeys do not require any destination. The journey itself is a pleasure. To enjoy it all what you need to do is just reserve your ticket and ensure a window seat. You will read the mind-blogging poetry written by nature while passing through this enchanting panorama.