As the culture of a country develops over the centuries -- and for Korea, there have been many centuries -- its people evolve a very distinct sense of belonging, and begin to differentiate themselves from the other cultures of the world. Especially when two cultures develop very far apart from one another, the members of each will find the differences between the two cultures very pronounced. Asian cultures and customs have long been a source of fascination for many North Americans and Western Europeans, and continue to be today. Of course, everyone knows that Koreans eat a lot of rice, that family is very important, and that any large parade is going to have at least one dragon, but stay tuned for some of the more subtle details that you really have to live there for a while to know about. For a normally serious people, some of these will make you scratch your head a little.

The very first time you hear a Korean talking about fan death, its not something that really phases you. It just sounds so absurd that your brain automatically files it under the same category with the Loch Ness Monster, Big Foot and crossing black cats on the road. In fact, you will probably still have more fear in your heart directed at crossing those black cats later in the day. In a nutshell, the premise is this.

If you sleep in a room with a fan on and the windows closed: You will die.

True story. There are a multitude of reasons why Koreans believe this happens. The most common of these seems to be that, especially if the fan is placed very close to the sleeping person it will suck away the air from the persons face, and the person will die in their sleep, suffocated. Other common beliefs include:

The last theory of fan death, that involves a lower perceived room temperature, is the only one that is substantiated in any way. Even then, it can not by its self cause death, only tricking you into thinking that you are cooler than you are. Similar in a way to saying that coffee causes death by drunk driving. Not exactly a firm connection. The Korean Consumer Protection Board however, does not agree. A public safety announcement on their website (here) reads:

■ Doors should be left open when sleeping with the electric fan or air conditioner turned on
If bodies are exposed to electric fans or air conditioners for too long, it causes bodies to lose water and hypothermia. If directly in contact with a fan, this could lead to death from increase of carbon dioxide saturation concentration and decrease of oxygen concentration. The risks are higher for the elderly and patients with respiratory problems.

From 2003~2005, a total of 20 cases were reported through the CISS involving asphyxiations caused by leaving electric fans and air conditioners on while sleeping. To prevent asphyxiation, timers should be set, wind direction should be rotated and doors should be left open.

And further down on the same announcement:

☞Set the timer or leave doors open when sleeping with fans/conditioners turned on.

According to Ask A Korean, cases of fan death are often reported in the supposedly reputable Korean media. He also provides a convincing argument for why fan death is real, you should read about it here.

This widely held belief in Korean and Japanese culture started in the 1920s, and although it is a myth that has been debunked several times since then, it has persisted in its popularity over the years. The Korean theory of blood type and personality can best be compared to the way westerners view zodiac signs. Just as your zodiac sign influences your personality and predicts certain things about your life, so does your blood type in Korea or in Japan. It is not considered to be as far reaching as the zodiac sign, as it really just a commentary on your personality but, there are many books about what the best job is for each blood type, and how different blood types react in different situations and even about how romance works between the blood types and who is the best match for each type.

Even on celebrity profiles in Korea and Japan, blood type is listed. If blood type is not listed, your biography or profile is considered to be pretty well incomplete. Its one of the first things you ask a new friend, especially a member of the opposite sex you think is attractive. In fact, it is so common, that Koreans think it is quite strange when westerners, or anyone for that matter, doesn't know his or her own blood type.

A quick rundown of the best and worst personality traits looks like this:

According to Bella Online, an international site for women, the best compatibility matches are as follows:

A is most compatible with A and AB

B is most compatible with B and AB

AB is most compatible with AB, B, A and O

O is most compatible with O, and AB

The popularity of understanding personalities through blood type lost popularity in the 1940s after it's original champion's death, but was re-popularized in the 1970s by Masahiko Nomi, a Japanese lawyer who's books have been phenomenally popular, despite is lack of medical background, and questionable, anecdotal research. Until recently it was not uncommon for children in kindergarten classrooms, as well as employees at work to be divided by blood type so they would work better together. 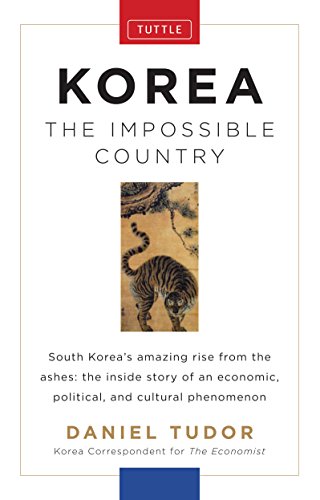 Although those are the two major common beliefs that most westerners find intriguing as they get to know there Korean culture, there are also some others that are of note:

In spite of, or perhaps because of, all of these crazy beliefs, Korea actually is an amazing country, that you should visit if you ever get the opportunity. The people are warm and friendly, and will go out of their way to make sure that you have an amazing time and a pleasant stay. Just don't be surprised if they remind you to open your window when you sleep, or ask you what your blood type is within minutes of making your acquaintance.

Laura Berwick is an English teacher at a private English school in Seoul, South Korea. For more information about Korean culture and living in Korea, please feel free to visit her blog.