Las Vegas: Pros and Cons of Living in the Entertainment Capital

The Pros of Living in Las Vegas Outweigh the Cons

Las Vegas has more going for it than against it, as a place to live, prosper, and retire. Whether or not you take advantage of the world-famous Las Vegas Strip, you will always be able to find fun things to do in the city. It is a clean and low-crime city. It has wide boulevards. And you can escape some of the heat by living up in the west area where most of the planned communities are.

Crime and weather are often cited as disadvantages of living in Las Vegas. As a resident of this city, I beg to differ. Enjoy my views of this great place, as well as the videos giving you a glimpse into regular Las Vegas life in and near my neighborhood, west of the Las Vegas Strip.

The Weather Is Great in Las Vegas

Las Vegas has great weather with hot, dry summers and mild, sunny winters. The average temperature in summer is near 105, but the humidity is low. Another secret is that you can escape the hottest weather by moving to one of the planned communities that are above the floor of the valley and that have lots of trees, including pine trees. A couple of planned communities even have lakes.

These are green places, folks. This is not common knowledge, except to those who live here!

The recommended escapes from the most intense heat are the Lakes (home of Lake Sahara), Desert Shores (four beautiful lakes in the complex), beautiful Peccole Ranch, and Summerlin.

Summerlin is the largest of these planned communities, with 35 square miles of villages, shopping, and office space, plus the beautiful Red Rock Casino. It forms much of the western border of the city. When you consider that San Francisco has 49 square miles, Summerlin is big, and has great desert ambiance with great landscaping everywhere.

Summerlin can see temperatures as much as 9 degrees cooler than the Strip in summer. That is significant. And the area cools down at night much more quickly than the Strip. This is not to say that Henderson or Lake Las Vegas are not pretty places in the greater Las Vegas area. It is just that there is more heat there.

High Crime in Las Vegas is a Myth

There are some areas close to downtown and in the very north that have higher crime statistics, yet crime in the city is not as serious as most are led to believe. Prostitution is illegal in the city limits. The forty million visitors skew the crime statistics, as there are only two million people in greater Las Vegas.

I talked to a guy who had lived in New York City, Brooklyn to be exact, and he said Las Vegas was clean and crime-free compared to Brooklyn. Las Vegas was his favorite place other than San Diego, where he felt prices for housing were just too high. 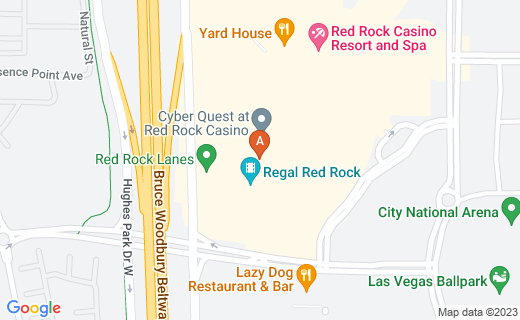 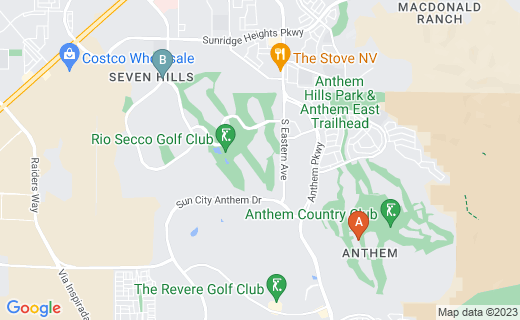 High Unemployment Is a Major Negative in Las Vegas

Without a business, retirement income, or special skills you know are in demand, you may face a challenge in Las Vegas, because of the unemployment that is weighing on the city. However, that situation has improved quite a bit since 2008. Homeless folks with psychological problems gravitate to warmer climates to keep from freezing in the winter. This is a fact of life in some poor areas of the city, but it is not a major source of crime. Most of these people are not criminals. Once in awhile you see the sad loner as you would in any city, and it is heartbreaking. But for the most part you do not see homeless in the suburbs, which are like most suburbs with their busy and active lifestyles.

So, please, if you want stability, come to Las Vegas with a plan. You need a plan above all things!

A Plan to Make Las Vegas a Work Destination

Nice Strip Restaurants and Cocktails for the Discriminating Taste

Health and Quality of Life

My discussion here of these issues is based upon my observations and health since moving here. I view Las Vegas as a very healthy place to live. That is my opinion only and may not be true for all people.

Las Vegas has a temperature range similar to the San Joaquin Valley, but the similarities end there. In the San Joaquin Valley, agriculture and pollution often result in a blood-red moon rising. In Las Vegas, the air is clear, and there are enough breezes to keep it clean.The moon is bright and beautiful, meaning better air quality.

There is no farming, so windborne spores of valley fever ("desert fever") from blowing soil are not an issue for the vast majority of people. The elevation of the strip and the land west of the strip are above 2000 feet, good for fighting valley fever spores.

There is none of the winter fog that you see in the San Joaquin Valley. The mornings are milder in the fall, spring and winter than in the San Joaquin Valley, more like temperatures you see on the California coast. Again, because of the elevation, the air in Las Vegas feels much less "stuffy" than in say, Palm Springs, which is at or below sea level.

Other Pros and Cons

The design of Las Vegas is a pro. Las Vegas is shaped as a grid, with big and wide boulevards, with right angles and ease of navigation. You can learn your way around this town in a week, except for certain navigations through the strip itself. Compared to Los Angeles, driving is much less difficult.

A con of Las Vegas living is that some fall prey to the habit of gambling. Although the cost of living is low—gas is cheap, and rent and home prices are reasonable—the money you save can be wiped out by a serious gambling habit.