Living in San Francisco in the 80s

Memories from living in The City

The night we moved into our flat was exceptionally dark and scary, which had nothing to do with the fact that it was Halloween night in San Francisco. The year was 1981 and my wife and I along with our three children, ages 8, 6, and 4, were moving from the suburbs into The City. A city that had a reputation for not being kid friendly and the usual horror stories about out-of-control crime, child molesters, and citizens that were not, well, considered “normal.” I believe that deep down we thought we’d fit in.

Despite all the stories and warnings, we decided to move into the City since I worked there and we didn’t have a car. So after months of filling out applications for apartments and flats that a thousand other persons were hoping to get, we got “the call” that told us we got it!

The flat is located on 22nd street between Valencia and Guerrero streets, on the edge of the Mission District. We were told the flat had been built in 18-something and had survived the Great San Francisco Earthquake and Fire of 1906. That probably explains the unleveled floors.

There were two flats in the building and a basement that was used mainly for storage. Our flat was the one on the second floor. It had 3 bedrooms (more precisely 2 and a half bedrooms), 12 foot ceilings, hardwood floors in every room except the kitchen and bathroom. The living room had a bay window that overlooked 22nd street and our neighbor’s living rooms, a non-working fireplace, and orange-flowered wallpaper. From the living room we could access the master bedroom through French doors. There was a separate dining room and the kitchen was large enough to accommodate a dining table. There was one bathroom with a claw foot tub.

From the kitchen we could access an enclosed porch that ran the width of the flat and where the washing machine was situated. From the porch we could exit through the back door down two flights of stairs to the shared backyard. The backyard was a hidden world of trees and gardens to which there is no hint from the street. From the porch we could see how all our neighbor’s gardens were linked together with fences and how all the buildings stood side-by-side to form a barrier that concealed the gardens from the rest of the world.

The Neighbors and the Hood

When we moved in the bottom flat was occupied by a young couple from New York City, he from Queens and she from Brooklyn and both with the unmistakable New York accent and attitude. We immediately became friends and he had 49er season tickets, which I will talk more about later (don’t forget the year is 1981).

At the time, our block on 22nd street had a corner mom and pop market on the Guerrero side and an Italian Deli and bank on the Valencia side. However, going out an extra block on both sides of 22nd street provided us with a Korean restaurant, Pizza Parlor, Gelato shop, a couple of fruit & vegetable stores, bakery, Irish pub, Laundromat, and a shop that sold all kinds of vibrators. What more could we have asked for!

One lesson we learned almost immediately about our neighbors was the sense of small town type community. From our bay windows we’d nod or wave to each other. The regular drunks from the pub knew we had three children so they would not urinate on our stoop. When a fire broke out in the middle of the night in one of the flats a few doors down from us, all the neighbors pitched in to provide clothes and blankets for the family that escaped with only their nightclothes.

One night, while we were entertaining guests for dinner, there was a blackout in our area of the city. As it happens, we needed something from the store so I went to the corner mom and pop only to find it was locked up because of the blackout. However, the owner, recognizing me as one of the neighbors, invited me into the store and escorted me with his flashlight so I could get the items I needed. That would have never happened in the suburbs.

The City is also a great place for garage sales or, as in our case, a sidewalk sale. With our downstairs neighbors, we held a sidewalk sale to make a few bucks. We had all kinds of stuff and even the most unusual items sold. One memorable sale was of a Dallas Cowboy toy doll that my son wanted to depart with much to my pleasure. Several potential buyers looked at it, snickered, and then moved on. Finally, a young man saw it and his eyes grew wide with excitement. My brother, a Cowboy fan, smiled at me as if to say, “Look a Cowboy fan in San Francisco.” The young man purchased it and when we asked if he was a Cowboy fan, he replied, “Hell no, I’m going to take this home and rip it a part!” To which I smiled and my brother frowned.

Raising Children in “The City”

When we announced to our relatives scattered around the country that we were moving into a flat in San Francisco we were barraged with warnings about the dangers of raising children is an urban jungle like The City. Even though we were a bit apprehensive, we still believed it would be a good move for our family. After all, it wasn’t like San Francisco was an unexplored foreign location, I did work there and we visited and shopped there quite often.

Our flat was our kid’s playground. As I mentioned before, our flat is on the second floor and that meant stairs. From the front entrance it was one flight up and from the back porch it was two flights down. Incase your trying to figure out the discrepancy, remember this is San Francisco, so there was a slight downward hill from the front to the back. All this means is that we had kids running up and down the stairs and at times sledding down. The flat is also a great place for hide and seek or running around in circles (hallway to living room to bedroom to dining room and back to the hallway). Plus the backyard had trees for climbing and big enough to play tag or toss a ball.

Then, of course, there are the wonderful and exciting places to explore out the front door. One of our regular excursions was to Dolores Park, just one block west and three steep blocks north. Dolores Park is a fun park for both children and adults. For the children there is a large playground in sand and plenty of space to run around. For the adults, a great place to catch some sun and people watch while pretending to be reading a book. As parents, our regular trips to the park and other places in The City gave us many opportunities to instill in our children the value of respecting others. We all know San Francisco is uniquely diverse but what makes living in The City so wonderful is that we can all be respected regardless of our differences in lifestyle or perspective.

The First Time is always the Best!

“San-Fran-cis-co-forty-niners-in-the-Super-Bowl” and repeat over and over, that was the lyrics to one of several Super Bowl songs that became popular when the Forty Niners made it to their first ever Super Bowl.

Our downstairs neighbors, as I stated earlier, had Forty Niner season tickets and, of course, they attended all the playoffs games at Candlestick Park. The first playoff game was against the New York Giants and the Niners won 38-24. This win led to the big rematch with the Dallas Cowboys (boo, boo).

I still get choked-up talking about this game so I let Wikipedia tell it:

“…the 49ers were down 27-21 and on their own 11 yard line with 4:54 remaining. As Montana had done for Notre Dame and the 49ers so many times before, he led the 49ers on a sustained drive to the Cowboys' 6-yard line. On a 3rd-and-3 play, with his primary receiver covered, Montana rolled right and threw the ball off balance to Dwight Clark in the end zone, who leaped up and caught the ball to tie the game at 27, with the extra point giving the 49ers the lead...”

Oh, yes! “The Catch!” Scroll down to relive the moment.

Then…”the Cowboys had one last chance to win. And indeed, on the first play of the next possession, Cowboys receiver Drew Pearson caught a pass from Danny White and got to midfield before he was pulled down by the jersey at the 49ers 44 yard line by Cornerback Eric Wright. Had Pearson not have been jersey-tackled, there was a good chance he would have scored a touchdown, as there were no 49ers downfield. On the next play, White was sacked by Lawrence Pillars and fumbled the ball, which was recovered by Jim Stuckey, giving the 49ers the win and a trip to their first ever Super Bowl against the Cincinnati Bengals, who were also in their first Super Bowl.”

And from our living room we could hear The City erupt into a city-wide party not seen since the end of World War II (so I’m told since I’m not that old). Horns were blaring, drivers were honking their horns, and neighbors were out in the street yelling and hugging each other. This went on into the early morning hours.

When our neighbors returned home they had brought our kids a souvenir, which was some of the turf from Candlestick Park they got when they stormed the field with thousands of other exhilarated Forty Niner Faithful!

The next day at work, well no one could speak for we were all hoarse from the yelling or were nursing the greatest hangover ever. As it turned out, the city-wide party was just a dress rehearsal for an even bigger party to occur on Super Bowl Sunday and Super Party Monday!

Super Bowl Sunday was like no other in San Francisco history. Hundreds of our neighbors decorated their homes in red and gold with encouraging slogans, our family included. We stayed up most of Super Bowl eve playing our traditional card game we called “Douqueri.” We played the card game before every game to physic ourselves. On Super Bowl Sunday we invited all our friends of which some did not have a clue as to how the game of football was played. We barbequed and partied through all the pregame shows and then we held our breaths and watched the game.

Super Bowl XVI came to a close with a 26-21 San Francisco victory. And the celebration began and would go on into Monday evening with the parade that drew over a million fans into the streets of San Francisco.

Living in San Francisco during the 80s was unforgettable and a wonderful experience. There were many changes occurring in San Francisco and history in the making. In the mid-80s we moved to MarinCounty across the Golden GateBridge. Even though it has been decades since we’ve lived in San Francisco proper, The City always feels like home. 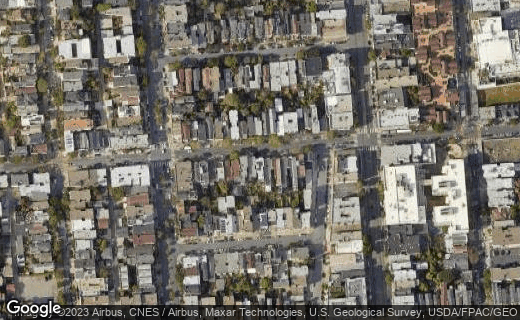