Africa is a continent where we can learn much from the people that inhabit it; like an African proverb that says: "Return to old watering holes for more than water; friends and dreams are there to meet you."

For my series of African people from A to Z for the letter "L", I will share the Lobi people who inspired me as I searched for information.

Who are the members of the Lobi people?

The Lobi are known as a group of semi-nomadic warrior people from Africa. They were originally from the Black Volta Region (bordering Ghana with Burkina Faso and with the Ivory Coast). The Black Volta is a river in Western Africa, rising in Southwest Burkina Faso and flowing Northwest, and then South into the White Volta in Ghana (about 800 km (500 miles) length).

The Lobi are named for their language "Lobiri", and the Lobi-Wala are named for the area, "Wa", in which most of them live. The name Lobi-Dagarti are those Lobi situated across the frontier of Burkina Faso and Ghana.

Where are the Lobi people located?

The Lobi migrated in the late 18thcentury from Ghana. They moved slowly North over 200 years. In the late 19th century, they settled in the Northern Ivory Coast. Gaoua is a hilly city in the Southwest of Burkina Faso and it is known as the home of the Lobi people.

They are divided among three contemporary nations:

Location of the Lobi People 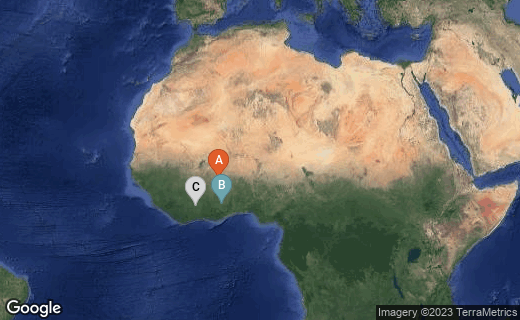 How do the Lobi people live?

The Lobi people mainly reside in self-governing matrilineal villages consisting of several compounds. They lived from hunting and periodic raids on neighboring groups. The family members have their own responsibilities, but they help each other also.

How do the Lobi people communicate?

The Lobi speak a Gur (formerly known as Voltaic) language named Lobiri, of the Niger-Congo family.

How do the Lobi people survive?

The Lobi people are farmers and hunters. They migrate continually in search of adequate farm land. They raise cereals such as maize, millet and sorghum as staples. They also grow yams, squash, beans, peppers, and a little rice. Rural Lobi support themselves from cash crops such as cotton and peanuts, as well as from raising livestock. Wage paying jobs have recently attracted some of the Lobi-Wala.

What characteristics define the diversity of the Lobi people?

Lessons from the Lobi people

The unity of these people flourished my soul! Isn't "Humanity One World" what we are looking for? 1 Timothy 5:8 says: "If anyone does not provide for his relatives, and especially for his immediate family, he has denied the faith and is worse than an unbeliever."

I love the way the Lobi people keep walking when they know that their families will not have peace nor provisions. If our families are not in shape ...how can we preach? Let's learn from the Lobi people going back to basic and holding on to our values. One step at the time and we will see our goals come true. If something needs to be changed, welcome it just like the Lobi people have been practicing.