My Top 10 List of things to do in London is not the usual cup of British tea, but it makes for an interesting set of experiences.

I particularly like these places, because part of my family originated in England, near the London area. From the early to mid-1600s in the Colonies, the family traces back to the Tyrells, a surname with several spellings.

The name Tyrell means Thunder Ruler. One branch of the family is distantly related to the Royal Stuarts and current descendants may wear a dress dagger with a Stuart crest upon its hilt when they are in full kit (Scottish or Irish Kilt and accessories).

Those interested researchers who come to a dead end in America when looking for their family histories can often have success when they look across the sea.

The Society of Genealogists in London is located at

The organization advertises on its website that it houses thousands of records that can be found nowhere else in the world.

Family history websites have provided free access to users at the society and these websites include Ancestry.co.uk, Ancestry.com, Familyrelatives.com, Findmypast.co.uk. The society has purchased subscriptions to additional sites as well. A bank of computers is available and Wi-Fi access is free.

This research society offers free 30-minute advice sessions on tracing family histories on every other Saturday. Advice is also available by phone. 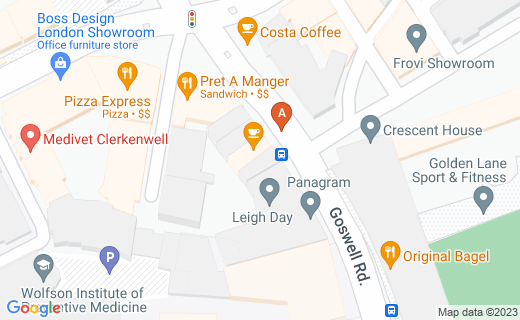 Family histories can be found here.

2. The Operating Theater For Women

This operating room was first constructed for the hospital known as Guy's and Thomas's Hospital. Florence Nightingale is said to have worked in this operating theater. There is also a wonderful her garret attached to the operating theater and the herbs have been used in health and medicine for centuries. 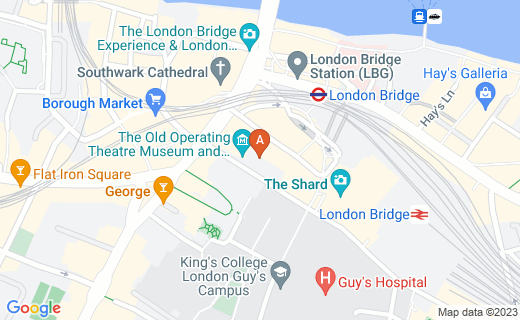 This garden is promoted as the second botanical garden built in England in order to produce medicinal remedies. Bees are also kept and honey produced -- also a good natural remedy and preventative.

An Uncle of mine in America kept bees and this skill was handed down through the generations from England. 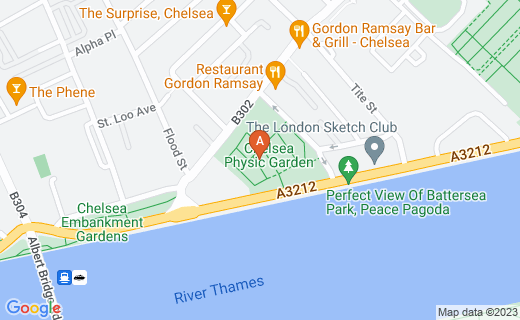 This fascinating site is found in Greenwich: London SE10 9NF.

This is a large campus of exhibits that include over 2,000,000 items and artifacts from seafaring days and UK astronomy history. The collection seems to take the visitor from before the Tall Ship through time to the International Space Station.

I must down to the seas again, to the lonely sea and the sky,

And all I ask is a tall ship and a star to steer her by...

And all I ask is a windy day with the white clouds flying,

And the flung spray and the blown spume, and the sea-gulls crying...

To the gull's way and the whale's way where the wind's like a whetted knife...

They that go down to the sea in ships, that do business in great waters;

These see the works of the LORD, and his wonders in the deep. 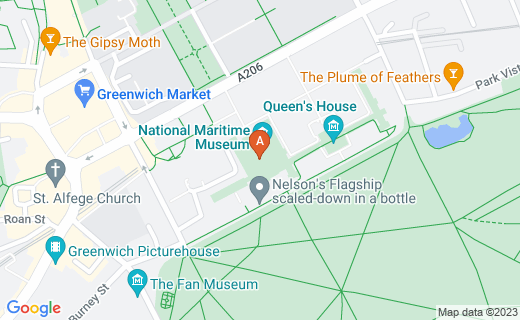 This museum may not be unusual to residents, but many Americans find it to be so. It is located at Great Russell Street, London WC1B 3DG.

The British Museum contains a huge complex of exhibits, including Cleopatra's mummy and the Rosetta Stone. These are artifacts from nearly the beginning of recorded time and language.

Wonders of the world are housed in this museum's exhibits. The Elgin marbles, the Pantheon marble statuary, are said to be breathtaking. Please see photos below for a look at a few of the marble statues. 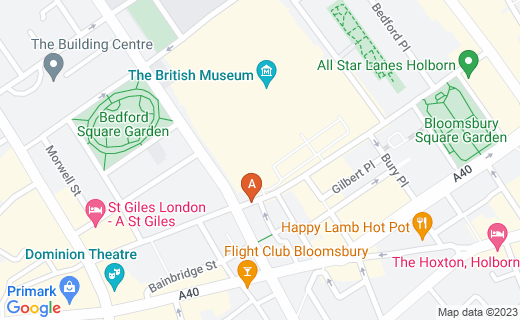 6. University College And Museum Of Archeaology

The University College of London actually houses several museums and I would like to suggest starting with the Egyptian Archaeology Museum and follow with a visit to the Art Collections, Museum of Zoology, and the Ethnographic Collection.

A tour of the full campus would be extraordinary. 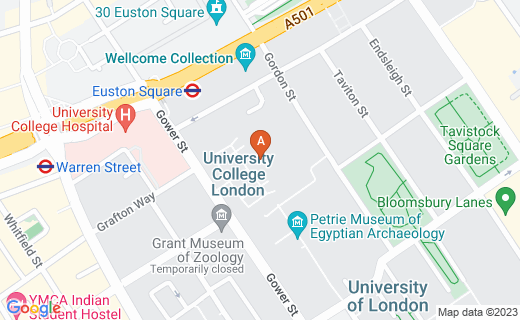 The Sherlock Holmes Museum is found at 221b Baker Street; London and is open every day of the year, except Christmas.

When Arthur Conan Doyle wrote his first set of Holmes cases, London had no 221b Baker street, because the street was quite short. Today, the address fits the stories.

What hooked me and many other readers on the original Holmes cases were a set of old radio episodes. Listened to by a little boy that grew up to transcribe the stories into book format, the stories have gained eve more interest worldwide. London celebrates Holmes with other museums as well, and Baker Street subway station is decorated with Holmes montages.

The Crime Museum at Scotland Yard would be a good addition to this visit; unfortunately, it is no longer open to the public. It does provide exhibits to other museums around London occasionally.

Sherlock Holmes is unusual in that he is a fictional character that many people think is, or was, a real life figure. Pop culture is full of his cases and biographies, as well as pastiche and even reboots in literature and film. 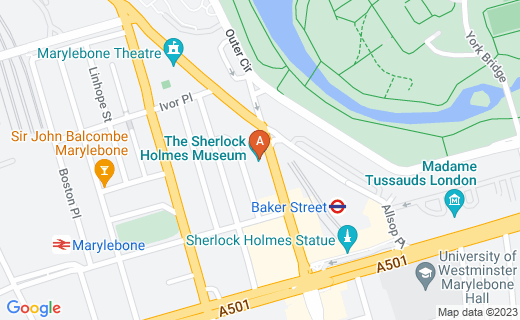 Many visitors enjoy viewing the architecture of and listening to the bells of Westminster Abbey, but not all know about the musical performances offered.

Evensong is a worship service held in the evenings at the abbey, built in 1065.

The choir that sings at these services is made up of Choristers actually educated in choral music and voice at the Westminster Abbey Choir School. It would make for a very refreshing and renewing time before dinner at a fine London restaurant. Choir performances occur: 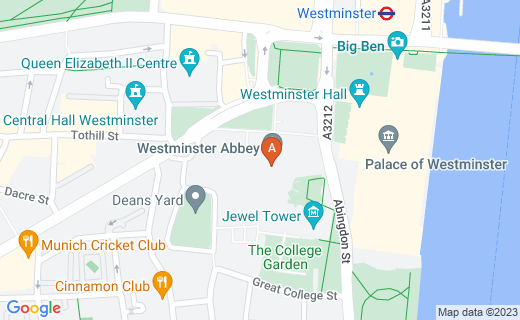 From Princess Diana's Funeral: The King of Love

Wandering around the Covent Garden District of the West End for at least a day is an experience we do not have in America. Some American malls have fallen into disrepair or attacked by violent crime, but Covent Garden is still a relaxing and fun place to be. It has developed into a modern lifestyles center with many different shops, services, and amenities. This may be one of the more usual places that tourists visit, but since American law was based on English law, I suggest visiting here and the Central Crime Court of the Old Bailey, which is more unusual. .Visit the Parliament Archives and perhaps listen to debates in the houses.

If you have an interest in Sir John Mortimer's Rumpole of the Bailey series, do visit the court: 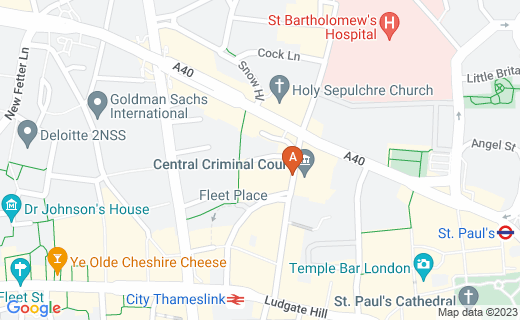 After visiting these ten intriging places to see, and many other fascinating and important sights in London, I would like to do one last thing in London - to end my trip with a train journey from London to Liverpool, where my great great grandfather and his brothers set sail for Ellis Island and a new life in America. 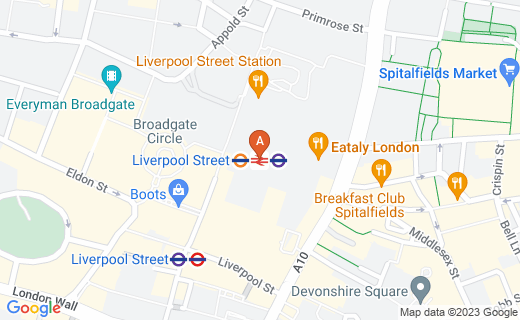 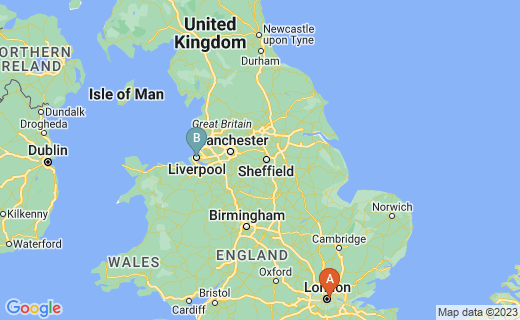