One Day Trip to Macau

Macau (also spelled "Macao") is a fascinating city combining Portuguese colonial charm along with glitzy hotels that make it an alluring destination for both visitors trying their luck and those who want to experience a piece of Europe in Asia. Located on the coast, Macau is actually a peninsula and includes two islands, Coloane and Taipa.

The Portuguese arrived in Macau in 1535, later colonized it and it remained a colony until 1999. When Portugal handed over Macau to China, it went down in history as the first and last European colony in China. Nowadays, Macau is an intriguing fusion of Portuguese and Chinese culture.

The biggest draws to Macau are tourism and gambling. In fact, Macau is the world's largest gambling destination! It's the only city in China where casinos are legal.

Are you thinking of doing a day trip to Macau? I went on a day trip from Hong Kong (HK) to Macau during the summer of 2010 and due to the trip's short duration, I decided to just concentrate on seeing all the historic sights. Perhaps you too are staying in Hong Kong, which is just a 45-minute ferry ride away. This article will guide you through Macau's famous historic sights, museums to check out, and food to try - helping you plan a fabulous day in Vegas of the East!

The Ruins of St. Paul

There's a bit of a confusion about the spelling of this SAR's (Special Administrative Region) name. Its name used to be spelled Macao when the city was a Portuguese territory but since it was handed back to China, it's official name became Macau. That's because the "o" at the end of Macao is pronounced like an English "u" in Portuguese.

Any itinerary in Macao should include a walk around Macao's historic center, which is a UNESCO site.There are actually two historical zones Zone 1 that includes many historic streets and historic religious Portuguese and Chinese buildings; and Zone 2 that includes a Portuguese fort with a lighthouse and chapel within it.

Zone 1 is located between Mount Hill and Barra Hill. Most people begin their sightseeing by walking over to the Senado Square. Attractions to see in this zone include:

UNESCO Historic Center Itinerary for a Day in Macau 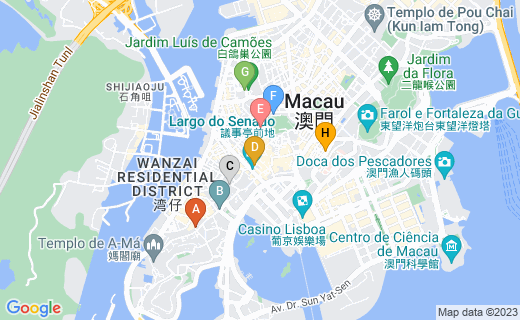 The most famous square in Macau from which you can easily walk to the Ruins of St. Paul (open 9am-6pm), St. Domingos Church, & Casa de Lou Kau.

The Mount Fortress is here, as well as the Macau Museum.

The Casa Gardens, with the nearby Old Protestant Cemetery and chapel.

Guia Fort which includes also a chapel and a lighthouse

Macau has a number of museums but since you're short on time, below are the three that you should consider on your day in Macau (two are in the same building!). 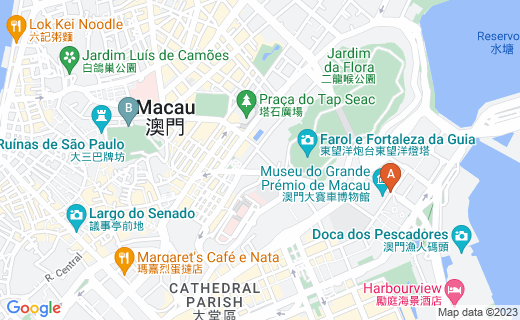 Free admission to both museums!

If you're looking to sample some Macanese and Portuguese treats, stop by the bakeries below for the best specialty food Macau has to offer.

Cotail Strip is Macau's version of the Vegas Strip in Las Vegas however it's not just one long road full of casinos but it's a strip of land between two islands, Coloane and Taipa, hence the name. Hotels on the Cotai Strip include:

If you're looking to visit the strip on your day in Macau, you'll be happy to know that large hotels and casinos offer free shuttle service to and from the ferry terminals. 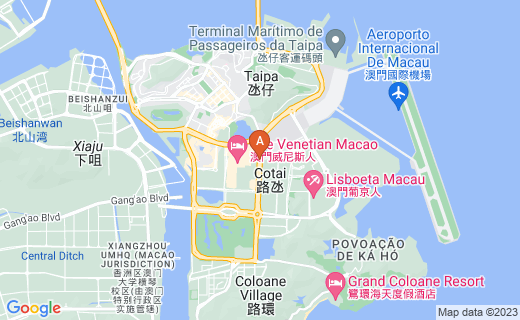