Roc6, I am an article writer, blogger, living in Cape Town, South Africa.

The energy centre of the city is of course the Las Ramblas (a pedestrian only walkway), running all the way from the Colon statue or Columbus Statue at the bottom end near the Maremagnum centre to high into the city of Barcelona. The LasRamblas is the hub of the city, where everyone literally congregates around or near, the big food and fresh produce market is off the Las Ramblas as well, also good for getting fresh food to eat there and then. So really all along the Las Ramblas is restaurants, bars, stalls, further up is the pet stores with live birds, rabbits and other pets. It is also alive with mime artists or various guys walking on stilts, some so real or lifelike, the one with the toilet or the gold painted one. The ambling path is sometimes so congested with people in areas; of course you have to beware of pickpockets always targeted areas where people congregate. Try and wear your bag strapped across your body just keep your eyes open and be aware. The Las Ramblas is full of locals, tourists and the passengers of the cruise ships out for the day, rushing like crazy to buy and see things.

You have not experienced Barcelona if you have not been to see one of the Gaudi landmarks there. The Cathedral Sagrada Familia, the unfinished work of Gaudi or as it is called the Sagrada Familia Temple, it towers over Barcelona, seen from all directions, and at night it is a vision of its exquisite architecture before its time. The attention to detail is so amazing, hard to describe there is so much to see. Gaudi worked 40 years on this project; it is still ongoing at this time.

Park Guell with the famous Dragon of the Park, I got a picture like everyone else sitting next to it. The benches that curve around in places with all these innovative ceramics hard to describe you really have to see it yourself.

My favorite Gaudi place is what I call my chocolate house but is actually Casa Batllo; it is a private residence in Barcelona. I just always felt this amazing feeling driving past it in Barcelona like I had stepped into a fantasy world, with all its shapes in manifestation. I was always looking for the cookies and all but I is overcoming all the evil into this wonderful world of goodness and beauty to behold.

Another fairytale house is Casa Vicens in an Arabic style with all the tiles covering the facades. Or the small palace of El Capricho also in the same style with these amazing tiles with sunflowers forming bands around it.

Guell Palace just off the La Ramblas in a small street, has been renovations for several years, has that amazing spiral staircase that you also find at the Nativity bell tower at the Sagrada Familia. It is that image you always see in meditation books, showing you to get to the inner doorway going down this spiral staircase. When I think of it I am always reminded of Guell Palace for some reason, though in books it refers to Sagrada. The Guell Palace also has a terrace roof with a conical tower with a weather pane and a garden of unusual chimneys decorated in different colored ceramics each.

Picasso and shopping in Barcelona

If you love Picasso or not there is a museum with his art in it, I am not a lover of Picasso but I did take the time to see it. I can appreciate art of all kinds whether I am passionate about it or not. It is worth checking this out, off the Ramblas yet again to the one side.

Oh this is my favorite of all time, the shoe shops are simply amazing, all those Spanish leather shoes and styles. See all the quaint fashions stores, the big one el Cortes ingles, Zara or Mango.

Or the road with all the wholesale stores, all the bead stores, unless you have a card as a shop holder you can buy from but there is the odd couple that you can get your supplies of Swarovski Crystal Beads at great prices for all you beading lovers. 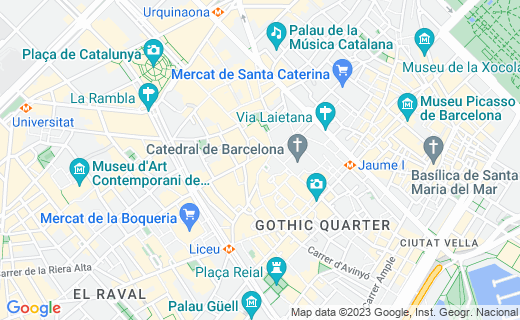 10 Best Things to do in Barcelona

Some images of Barcelona, Cathedral

Camp Nou, the home of FC Barcelona, worth a visit for anyone who is a lover of football. The most famous player of all plays there, he started in the youth academy to become the Player of the Year for several years, Lionel Messi. They have recently signed Neymar, a 22 year old Brazilian who many a club have tried to sign, Julio Inglesias even loaned him his private plane to fly to Barcelona to come sign for his contract and be introduced to the club.

What is the famous football team of Barcelona?

The Port of Barcelona

Barcelona Cruise Port is situated not far from Las Ramblas, the heart of the city of Barcelona. It is a leading Port in Europe as such and the 4th important Cruise Ship Port.

The Cruise Port has seven terminals, 4 at Adossat Wharf which are terminals A, B, C and D and 3 terminals at the World Trade Centre which are North, South and East Terminals.

The terminals are used for turnaround cruises (which means passengers join for the start of the cruise and for debarking from the cruise ship). This becomes the cruise ship port for the ship, where they will load on fresh supplies, stock up on all kinds of things, crew will join and leave the vessel.

The port is busy on a daily basis throughout the year with many different cruise lines docking at the same time.

Transport from the cruise port to city centre

Walking is not really recommended it is 2.5 kilometres away, taxis and buses are readily available, cruise lines arrange buses as well for excursions. Taxis take about 10 minutes, cost about 8 euros plus minus.

Blue Bus that runs from the port, very reasonable and stops at all the terminals, pretty quick and efficient, you will need Euros for the bus fare the driver won't take other currency. The Blue Bus will drop you off at the bottom of the Ramblas at the (Statue of Colon) Columbus Monument, you can't miss it, it is a tall structure, which is 2 minutes from the Ramblas, follow the crowds.

Shopping Centre called Maremagnum located not far from the port or the Columbus Monument where you cross over a bridge to get to it. This large complex has nightlife, restaurants, a multiplex cinema, Europe's largest aquarium. 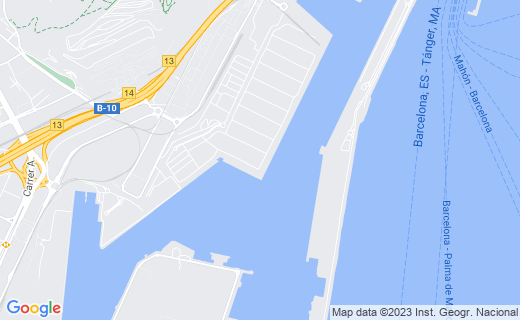 Some things to Do in Barcelona

Picasso Gallery, 15th-century palaces which are joined housing this plus 2,000 pieces of Picasso's work.

Las Ramblas, stroll along this wide walkway with vendors (shops) and full of street performers, be it mime acts, so full of energy.

Camp Nou, the home of FC Barcelona, worth a visit for anyone who is a lover of football. The most famous player of all plays there, he started in the youth academy to become the Player of the Year for several years, Lionel Messi. They have recently signed Neymar, a 22 year old Brazilian who many a club have tried to sign, Julio Inglesias even loaned him his private plane to fly to Barcelona to come sign.

Taste some Paella, a combination of seafood, chicken, vegetables and saffron-colored rice, and of course tapas.

The currency is the Euro (EUR) official currency of Spain is also the one of European Union. You will find that most stores and restuarants accept major credit cards, Value-Added Tax is added to most purchases.