Best Places to Live In America

The community of Mentor, Ohio has been on the Money.com list of 100 Best American Cities for Living and rising in rank for several years.

Billing itself as "The City of Choice", the community is located in the Greater Cleveland Metro Area.

Manufacturing industries in this area have been increasing in number and economic health since 2000, with continuing expansion expected by local elected officials and the state and federal bureaus of labor. This is in large part because of Governors Ted Strickland and John Kasich, who advocated for expanded education and better business tax credits in this state.

According to Sperling's Best Places to Live, Mentor has been named

In Greek mythology, the name of "Mentor" is proverbial for a faithful and wise advisor and counselor. 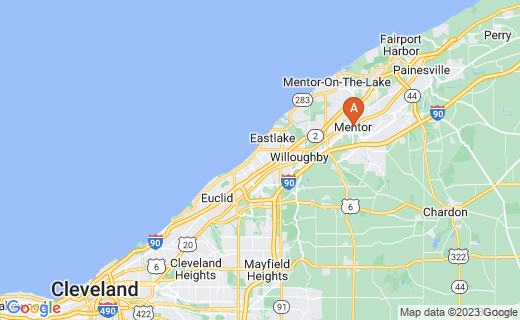 Mentor maintains at least 1,200 acres of green spaces, 34 city parks, nearly two miles of swimming beach along the lake, and half a dozen parks along the shore.

The marshlands on the lake vital for breeding among many species of fish and waterfowl, migrating birds, and butterflies. A good vacation could include watching over 150 species of birds and as many butterflies in Mentor, while taking photos.

Visit the presidential home that became the James A. Garfield National Historic Site. The city also features the outstanding Headlands Beach State Park, the longest public swimming beach in Ohio. All this is on the Lake Erie portion of the Great Lakes Circle Tours.

Mentor is a medium sized city at Lake Erie and a good place to stop along this part of the Ohio North Shore Circle Tour. A circuit of highways and roads around Ohio's Great Lake create a relaxing travel opportunity along the ever-developing shoreline and on around the northern part of the lake in Ontario Province, Canada. 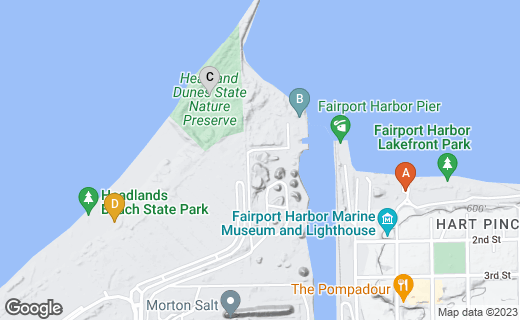 This is the first lighthouse and harbor museum in the United States.

Ferry Docks for transport to Canada.

The North Coast Region of Ohio offers several attractions, including:

Cleveland Hopkins International Airport is about 10 miles SW of Cleveland, while Lake Erie is the site of much commercial freight. One of the items brought into the cities is fresh fish and other seafood. I know several people that drive from Central Ohio to patronize these restaurants and to attend events at the local arena, including Professional Wrestling and Mixed Martial Arts events.

In addition to eating out, the people of Mentor make the grocery business a success. Jobs in that industry appear among the most frequently listed, not only for seasonal turnover, but for increasing new jobs.

Tourism, shopping, and outdoors activities are major pillars of Mentor business success. The city is, in fact, the retail hub of the Cleveland area, with US Route 20, named Mentor Avenue in town, the main business district.

The large Great Lakes Mall and other malls are located on US 20, along with other retail and dining establishments.

The city is quick to encourage development of new light industry with incentives such as low property taxes. The City Manager and City Council feel that heavy industry is outdated for this area and plan to develop their ongoing diversity of business.

Commercial Transport and Freight on the Lake

A revival of the passenger rail system will send a new line from Cincinnati through Columbus and on to the Cleveland area so that Mentor connects with the other cities along the Lake Erie shoreline. Freight rail transit has already maintained steady growth, delivering goods offloaded by freighter ships on the lake.

A limited passenger railroad runs from Toledo to Detroit and across Northern Ohio, very near the lake and the Great Circle Tour route.

At one time, automobile ferries ran across Lake Erie from Detroit to Toledo and even Mentor, but this business ended decades ago. Ideas to re-institute this ferry system today are under consideration. However, a ferry system runs from Fairport Harbor at the local state park to Port Burwell, Ontario, Canada for heavy trucks and passengers on separate ships.

Mentor is near both the highway I-90 Turnpike and Ohio Route 2, with some industrial areas, smaller animal ranches, and upscale residential neighborhoods.

After the Great Recession, business began to grow again in Mentor, requiring increases in public transportation of many kinds.

Consistent good transportation is a key to economic growth.

A new 3-C Railroad line could replace old tracks and trains between Cincinnati, Columbus, and Cleveland for both passenger and commercial purposes, if adequate funding can be raised.

The population of Ohio is looking forward to advances in mass transit, including self-driving cars and trucks to be tested in Columbus in 2018; and, self-driving trains. A new connecting rail system will link Cleveland suburbs as well.

What Else is in Northeastern Ohio?

Ohio became a US State in 1803 and Mentor was founded even before that, in 1797 on the Connecticut Western Reserve. This results in many historic sites to visit. After the Civil War, greenhouses and nurseries thrived here and it's still a green community.

Mentor was already a vacation resort area to Cleveland families in the late 1700s and the beaches have been well maintained and developed.

Rail service arrived around 1850, declined in the 2oth century, but became a focus for future development in the 2010s.

Ohio supports over 1,200 aerospace businesses and at least 30 are located in and around Mentor. The John Glenn division of NASA also operates in this area, some of its exciting projects including the transporter effect from Star Trek universe and exceeding the speed of light. 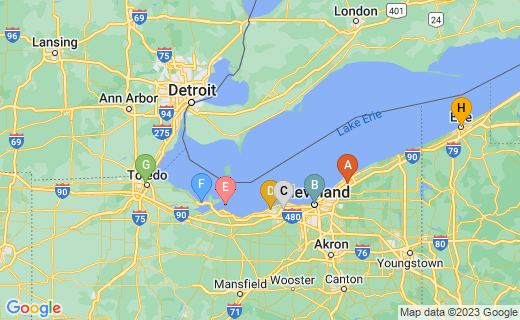 Between 2010 - 2017, unemployment rates declined as new workers moved into the region and accepted employment, much of it well paid jobs. Highest demand positions have

The bulk of job openings are found in

You will note the large number of Nurses of various specialties needed in the Mentor area. In addition to hospitals and the famous Cleveland Clinic, an Ohio Bureau of Workers Compensation Rehabilitation Center has also been located in Cleveland.

These rehab centers have gradually parceled out clients to private facilities under state contracts. This has led to growth in the health and medical industries.

Mentor has experienced greater job growth on average than the State of Ohio overall, which is showing job growth higher than the national average from 2010 - 2018.

Newer jobs appearing in want ads and increasing in number quickly include:

Several agencies for Travel Nursing are active in the Mentor Area, because of a nursing shortage of several years' duration. Nurses willing to travel there for 3 - 12 months enjoy rental/mortgage payments, higher than average wages, and several perks.