Mexico City, Mexico was once the capital city, known as Tenochtitlan, of the great Aztec Empire from 1325 to 1521. It was founded by the Mexica people, later known as the Aztecs. The Mexica people, or the Aztecs, were one of the last of the Nahuatl-speaking peoples who migrated to this central part of the Valley of Mexico after the fall of the Toltec Empire.

The Aztecs established the city of Tenochtitlan on a small island on the western side of Lake Texcoco. Today, the lake no longer exists. The story of how the Aztecs arrived in Tenochtitlan is told on the crest of the Mexican flag.

The Aztecs were led to this area from the north by Huitzilopochtli, their primary god, as they believed in various deities. This god indicated the site they were supposed to inhabit by a depiction of an eagle perched on a nopal (pear) cactus with a snake in its beak. The cactus was perched on a rock rising from a lake. The story is that the Aztec people actually did see this sight in Lake Taxcoco and so they stayed and built the city of Tenochtitlan.

The Aztecs ended up being the most powerful of the people inhabiting the valley they were in and they had conquered all the other people living in their valley. By the time the Spanish arrived in 1519, the Aztec Empire reached across much of Mesoamerica, from the Gulf of Mexico to the Pacific Ocean. By 1500, archeaeologists estimate that between 200-250,000 people lived in Tenochtitlan, and this was more than four times the population of London, England at the time.

Hernan Cortez and his band of conquistadores from Spain arrived in what is present day Veracruz on the Gulf of Mexico side of Mexico in 1519 and they were able to persuade the other native peoples living in the valley to help him destroy Tenochtitlan. Cortez had no problem finding other people who wanted to end Aztec rule over them. And so they became the allies of Cortez and his Spanish army.

When Cortez first saw Tenochtitlan, he was stunned by its beauty, size and sophistication. Here was a completely built city with beautiful water canals and streets. He had no idea the Aztecs were such advanced people, but the one aspect of their culture he would never accept was human sacrifice to their gods. He saw that as barbaric and strove to convert the Aztecs to Christianity. He called for missionaries from Spain to come to the new world, which they did, and the conversion to Catholicism began in Tenochtitlan. It was rather a forced conversion and the Aztec people rejected and fought with Cortez for the next three years as he tried to exert his control over the city and the Aztec people.

Finally, in May 1521, Cortez laid siege to Tenochtitlan. For three months the city and people suffered from lack of food and water. Then, the spread of smallpox brought by the Europeans nearly decimated the Aztecs. In August 1521, Cuauhtemoc, the last Aztec emperor, surrendered to Cortez and his Spanish army.

Rebuilding of the city as Mexico City

To show his power and force, Cortez and the Spaniards razed Tenochtitlan. Cortez wanted to rebuild the Aztec site to erase all traces of the old order and to make this valley New Spain. Rather than establish his own independence, Cortez chose to remain loyal to the Spanish crown and thus he named his new city Mexico City, in the new country of New Spain, as it was known at that time. He chose the name Mexico City because it was so much easier to pronounce.

Cortez had Catholic churches built over the Aztec temples and claimed the Aztec imperial palaces as his own for himself and his men. The main temple complex of Tenochtitlan, the Templo Mayor, was dismantled and the central district of the Spanish colonial city was constructed right on top of it. Most of the Templo Mayor was destroyed by the Spanish during the construction of a new Catholic cathedral.

The Zocolo, or the Plaza de la Constitucion, is located and built directly over Tenochtitlan's original central plaza and market and many of the original calzadas correspond today to the modern streets in the city. The Aztec Calendar Stone was originally found here in the ruins and today it is on display in the National Museum of Anthropology in Mexico City.

I have been to Mexico City when I studied Spanish in Mexico, way back when, and I have visited the museum and seen the Aztec calendar and is a sight to behold. It is enormous, and photos of it do not do it justice in its size.

While I was in Mexico, the government, with the cooperation of the University of Mexico and archaeologists, were beginning to do excavations in Mexico City to unhearth the ruins of Tenochtitlan, and today you can see the actual ruins of the old Aztec city right in the middle of Mexico City today. It is fascinating to be able to see and touch parts of the Templo Mayor where the Aztecs once gathered on a daily basis.

And, what of the original Lake Taxcoco and island that Tenochtitlan was built on? Over the years and centuries, the Spanish filled in the lake with land fill, and along with evaporation the lake did disappear from view. But over the same years, many of the federal government buildings, the Zocolo, and the Catholic cathedral have slowly been sinking into the ground because of the soggy land from the ancient lake. When I visited the cathedral years ago. the floor was actually wavy and buckled and it was difficult to walk inside the cathedral. The Federal buildings, too, were slowly sinking into the old lake underneath the earth.

Naturally, the Mexican government has been working to fix all these original buildings built by the Spanish, to keep them from further sinking down. Mexican engineers along with engineers from all over the world, have been working to save these buildings from destruction. So far, the buildings and cathedral are still standing and doing well in Mexico City. 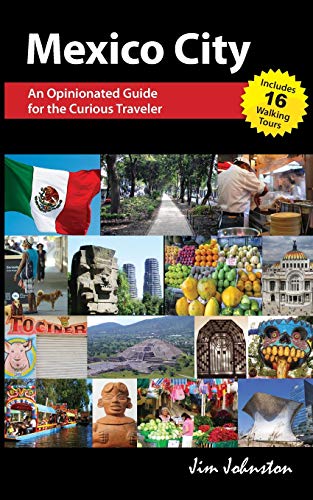