I have lived in Milton For 20+ years, I love my quite town. my Favorite thing to do in Milton Is Fishing & Camping in/on Blackwater River. I live in the wooden area on the outskirts of Milton. Deer and Little critters inhabit my surrounding. The weather is great besides a few Hurricans here and there. Usually fairly warm even in the winter days. There is a ton of things to do in Milton. Just have to get out and enjoy the Scenery. If you consider yourself a fisherman than you will be delighted with the selections of fishing spots in Milton Florida!

Milton formerly known as Scratch Ankle (I refer to Milton as Scratch Ankle to Friends and Family), Named cause of the bramble, briers and stickers that grew in the area is said to be First named by Ponce De Leon when he was trying to find the Fountain of Youth. Milton is also known as Millton because, Milton had the largest mill around. Milton is located by Blackwater River. Being Rich In History The City Of Milton (Founded in 1844) is among the oldest cities in Florida. Milton was founded as a trading post in 1825, Blackwater River served as the main way of transpiration for the local timber,brick, & shipping businesses. in the early 1800's Milton was said to be also called Blackwater Settlement.in 1861 Florida seceded from the Union. During the civil war Federal troops destroyed most of the commercial facilities, many fled to Alabama. Milton had 3 devastating fires in 1885 & 1892 making the 1909 fire number one. in the early years could only be reached by boat, horseback or stagecoach. in 1912 The Imogene Theater was built and opens with the name Milton Auditorium. On January 6, 2009, a fire in downtown Milton destroyed neighbouring buildings and severely damaged the Imogene. The building has been closed since then but is open now. Milton still enjoys its small town appeal. It is a quiet, peaceful community surrounded by fields & trees.

Notable People With Ties To Milton

Climate
Annual Average Temperature: 67.7 with an average low of 59 and an average high of 77

Summers are hot and sunny, Days that you wish you could jump in the closest river or pool.

Winners are mild but can have temperatures below freezing during some nights.

Mail containing cash will not be accepted and will be returned to sender. Inmates may receive money only by form of a cashier’s check, money order, checks from another correctional facility, or government checks. All money orders must be made payable to:

The following rates are for the Inmate Phone System located
at the Santa Rosa County Jail. These charges only apply to the inmate phone calls.
visitation:

Fee for paper bill/statement $2.00 per useSee who has been arrested in Milton Florida Mugshots of Milton

Milton is tucked away in Northwest Florida, It is a great place for vacations and adventures. Milton is a welcoming place to newcomers. Milton, Florida, in Santa Rosa county, is 18 miles NE of Pensacola, Fl.

Known for being the largest 19th Century Water powered complex in Northwest Florida. Arcadia Mill is located at 5709 Mill Pond Lane in Milton, Florida. The Mill site has Picnicking Areas, and Guided tours. Take a Stroll though the trails and discover the rich history of Milton.

How To Get Around Milton

Enterprise Rent-a-Car is Close By and can Pick you up.

Your A Red Light Ticket Winner

Downtown Milton hosts several festivals throughout the year, including the Scratch Ankle Festival, Riverwalk Arts Festival, Riverfest, First Fridays, Gallery Night, and much more. Downtown Milton is located in Central Santa Rosa County, convenient to coastal beaches and inland forests and waterways. Downtown Milton is home to many locally owned shops, boutiques, and restaurants. Milton Has It's Very own Skate Park, and a handful of golf coarses There is a little of everything for everybody.

Blackwater Heritage State Trail is a great place for walking, rollerblading and biking. the trails runs from NAS Whiting field south to Milton. The Trail has many Little Bridges and benches.

They are most well known for their canoe and kayak trips, which can accommodate trips on the Blackwater River, Juniper Creek, or Coldwater Creek, and may last a few hours, or up to four days. In addition, they offer lodging, camping, outdoorsman courses, and can accommodate large groups. Varies, starting at $25/person.

Things To Do Close To Milton

Night Life Down the road in Pensacola

The unemployment rate in Milton is 9.2 percent

Milton is home to Santa Rosa Medical Center (850)626-7762 Located on Berryhill Rd. It is a short drive from nearby Pace, Jay, Bagdad and even Southern Alabama. The Hospital began in 1951 and openit's doors in 1952. 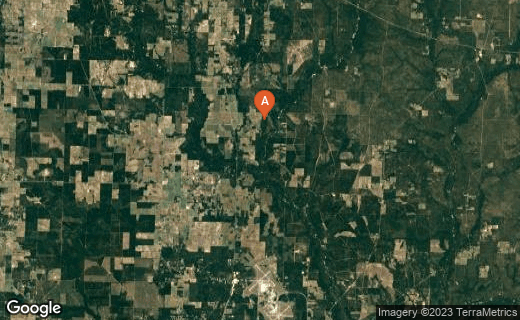 Milton was incorporated in 1844 and is home to Naval Air Station Whiting Field. The population was 7,045 at the 2000 census.

Would you travel to Milton

More Of My Hubs