The 5 Most Haunted Places In America

I’ll admit it, I watch those shows now and then. I’m an amateur filmmaker and I love watching these shows sort of like a study guide so I can pick and choose which elements of drama play out best on the screen. I also like watching them because I like to learn about which places are considered “haunted” and which are just tagged as having paranormal activity occurring on the premises.

Located at 800 S. Halsted, in Chicago, The Hull House is believed to be one of Chicago’s most haunted places. Hull House is listed on the National Register of Historic Places.

It was once a beacon for the new immigrants. Having survived the Great Chicago Fire of 1871. It failed to survive the changing face of the Near West Side, a neighborhood that was once the most fashionable in Chicago was surrounded by factories and tenement houses a decade after the fire.

Charles J. Hull’s wife died in her bedroom and when Jane Adams took over the Mansion to run as a settlement house, overnight guests would report being haunted by her ghost.

Local legend gives Hull-House it’s notoriety. The legend is that an Atheist man who was married to a devoutly Catholic woman protested to his wife when she tried to hang a picture of The Virgin Mary.

He proclaimed that he would rather have The Devil in his home than that picture. Sometime later, the woman gave birth to a disfigured baby said to have scaled like skin and a tail.

The man took the child to the Hull House where Jane Adams took care of the baby. Rumor is that the child grew unruly and she locked the child in the attic where he later died.

Adams refuted that rumor in her autobiography but local legend won over. Witnesses claim to see the ghostly figure of a Devil Child in the attic windows. Hull House is open to the public if you dare to check out the rumors for yourself. 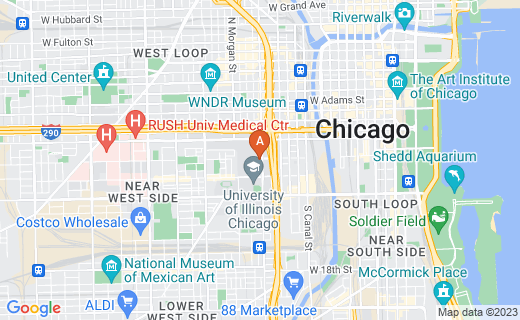 Located in Ft. Lauderdale, FL, the Stranahan House is considered South Florida’s most haunted house. After relocating to Ft. Lauderdale from Ohio, in 1890, to establish the area’s first post office and a popular trading post and a bank, Frank Stranahan became a very wealthy man and one of the largest land owners in Florida. He later married Ivy Cromartie and built her what is now known as the Stranahan House.

Several tragedies soon hit Frank, one being a terrible hurricane, and the other the Great Depression. His bank folded along with all his money and the money of many of his family members and friends. Being in financial ruin, Frank Stanahan committed suicide in 1929.

Local legend says that Frank is still a resident of that home as well as many as 6 family members who have died in there. His wife Ivy died there in 1971. The Stranahan house has been a favorite of paranormal investigators. It is now a haunted museum and guided tours are available. 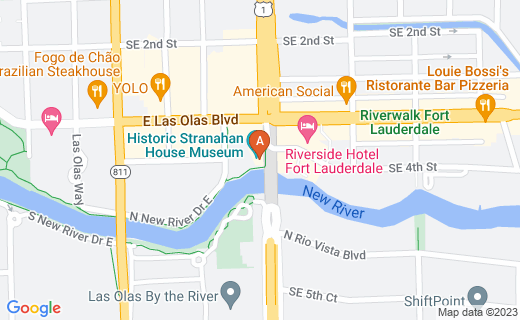 Located at 1140 Royal Street, in the French Quarter of New Orleans, the Lalaurie House is reported to be the most haunted in that city.  That’s saying a lot considering the tales of pirates, and the brutal excess of slavery that surround New Orleans history.

The Ghostly stories date back to 1832.  Dr. Lalaurie and his wife were at the upper levels of society for a time.  They through lavish parties and the wife was a picture of perfection.  But behind the doors, Madame Lalaurie was vicious psychopath that tortured and mutilated her slaves.  Unspeakable horrors were discovered after a fire, reportedly set by a slave that was chained to a fireplace, broke out.  When the neighbors found out about the horrors taking place inside that home, a mob appeared ready to seek vengeance.  It’s reported that a dark carriage rolled up just then and swept the Lalaurie’s away to safety, never to be heard from again.

Reports and sightings of paranormal activity began almost as soon as the fire was extinguished. 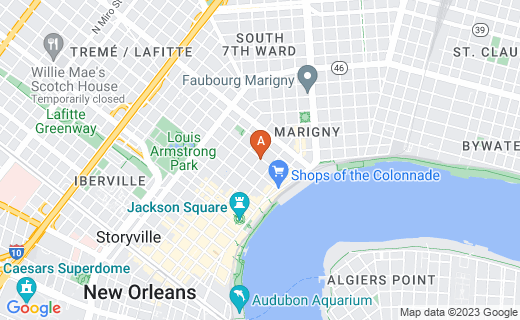 Located at 4400 Paralee Lane, Louisville, Kentucky, The Waverly Hills Sanitarium was a beacon of hope for those unfortunate people that were stricken with tuberculosis, which was widespread in the area in the early 1900’s.  The only treatment for the disease was rest and sunlight but that didn’t stop some of the doctors and nurses there from performing experimental treatments that were nothing less than torturous.  Unfortunately over 10,000 patients died just in the first 3 years and it’s estimated that as many as 60,000 died before that doors closed in 1961.

Waverly Hills is one of the most investigated haunted places in the world. It has been featured on several of the most popular “ghost hunting” programs.  There are literally thousands of documented paranormal activities at the Sanatorium, such as evp’s, video, photo’s, and first hand witness accounts.  But if you’re not convinced by other people’s evidence, Waverly Hills is under new ownership and offers an overnight self guided tour option for those that are hard to convince. 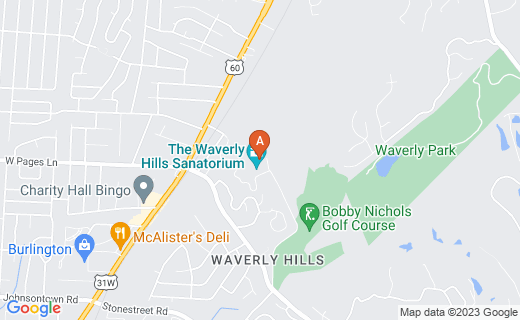 Located in Midlothian, Illinois, a suburb of Chicago, this cemetery has been home to ghostly apparitions since 1834. It’s rumored to be the most haunted cemetery in the world. Most believe that the people buried there were “bachelor” immigrants that died while building the Illinois-Michigan Canal. Oddly, there is also a lagoon behind the cemetery which was a favorite dumping ground for those unfortunate to cross the Chicago mob during the Prohibition days of Chicago. Many paranormal investigators believe that the dumping of Mob enemies in this otherwise tranquil cemetery is the reason behind all the reported hauntings.

With hundreds of reports of paranormal phenomena, including apparitions, phantom blue lights and orbs, and unexplained sightings and sounds, Bachelor’s Grove Cemetery is certainly a sight worth investigating, so put it on your list. 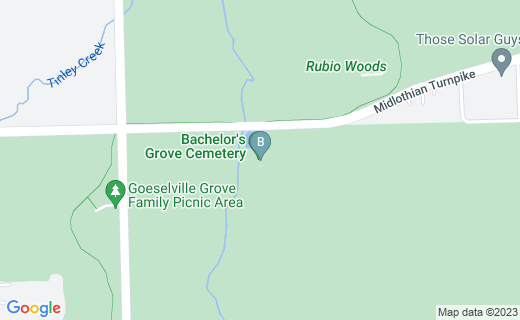 A simple Google search for any of the headlines in this article will bring up volumes of information on these haunted sites.  You might also want to check out some of the sites below.

Located in Adams, Tennessee, where the Bell Farm once stood. It's now privately owned but offers tours during the summer. The Bell Witch legend was the basis of the 2006 horror film An American Haunting

Now operating as a Bed and Breakfast

Located in Estes Park, Colorado - this hotel was the basis for Stephen King's The Shining and the Overlook Hotel.

How likely are you to visit one of these haunted places?

4.7 out of 5 stars from 10 ratings of America's Most Haunted