We all know what Prisons are and the type of people that they were meant to host. Over the past years we have seen prison riots, where prisoner protest for better treatment and better dwelling facilities.there has been internal rivalry, where death and mayhem spurs. We all know of the stringent rules that are enforced on inmates. Prison is a place that no one wishes to be a dweller. We are locked up like caged animals and all freedom is lost. We all enjoy our freedom, our freedom of movement, foods, entertainment and such, but did you know that there are some very luxurious Prison Facilities that makes you wish your were Incarcerated? Lets take a look at a few.

The Aranjuez Prison is located in Madrid Spain. This prison allow incarcerated parents to live with their children in prison up until the age of three. Of course these cases are mostly single parent cases. Once the child has reached the cut off age of three years old, they are taken into state care.

The spacious units come replete with cribs and Disney characters on the walls. Outside there's even a prison playground for the kids. The kids days are just like any other children's day, the child goes to nursery school, plays and do all other stuff normal toddlers do. The Only difference is that that child actually lives in prison with either mom, dad or both.

Indonesia lock me up please. Television has painted nasty images of prisons in that country, from rat infestation to disease riddled. Prisons in Indonesia are host for deadly drug smugglers and murderers. But this luxurious prison in Indonesia is like a condo by the beach side. Once you have the right amount of money and you are convicted of a crime in Indonesia, you are guaranteed to spend your years serving your time in this condo type facility. The security at this facility is beefed up, but the time served is splendid. The rooms are decked out with designer furniture, karaoke machines, fridges, bathrooms, and personal climate controlled air condition. So the next time you think of breaking the law in Indonesia, ensure that your bank balance is looking good.

Once we thought that being an American citizen was the golden grail of citizenship. I am thinking about swearing to Norway right about now. Not every developed nation embraces America’s get tough on crime prison philosophy. There are over one hundred inmates at this luxurious prison colony. It is a minimum security facility located on Bastoy Island. Being an inmate in this facility is like a lifetime camping and enjoying nature. In fact, the word prison should not be used to describe this facility, These "prisoners" are under island arrest. The prisoners live in small cottages. They pass their time by working on the prison farm, playing sports such as tennis, enjoying thrills such as horseback riding and fishing. When they get bored they just lie around and take a tan. Lock me up please!

Your shot!, that is not me committing suicide, but probably what the inmates say to each other over the pool tables at this correctional institute. Inmates are committed to 40 hours of purposeful mental and physical activities. HMP is designed as a learning prison, where prisoners addresses the circumstances of them being locked up. The center works on transitioning inmates so they can be accepted back in society, get jobs and live law abiding lives. Learning & Skills, Jobs and Programmed Interventions. Additionally the Link Center allows prisoners to meet with outside agencies when making the transition from prison life to the community.

I can honestly say that Scotland has embraced crime fighting strategy by engaging in prisoner transitioning. Good move. Maybe other countries need Sherlock Holmes to give them a clue as to what rehabilitation really is.

Get out of my dorm! sorry my prison cell. The rooms in this prison unit are 4 star hotel comfortable, the units are designed with luxury in mind. I would trade my room for a vacation in these units. Rooms are equipped with book shelves, reading corner, a television that broadcast educational and reform programs. The above picture says a million words. Otago rehabilitates prisoners by teaching them job skills in light engineering, dairy farming and cooking. This prison is a dream come true for criminals.

This prison was built for crime separation, if you committed a non-violent crime such as burglary or pick-pocketing. This fancy correctional center is like a home away from home, in fact i know many persons who legitimately would prefer to be incarcerated than to be living in the rat nest that they call home. At this Luxurious resort, i mean at this luxurious prison, each prisoner has his own room. The rooms come equipped with a television, bathroom and even a kitchenette! Can you imagine these inmates cooking up a storm?, can some one say Italian please.

You would think that cheese and banks are all the swiss think about, you are dead wrong, they do think about their poor prison inmates and those thoughts bring luxury.

Champ-Dollon Prison had its problems with overcrowding, disease and riots. In fact, Champ-Dollon Prison was denounced as the most overcrowded and disease-ridden detention center in all of Europe. Responding to negative reviews from the anti-torture committee of the Council of Europe in 2008, Switzerland called for a change. Thus come forth the 4 star Champ-Dollon.

JVA Fuhlbuettel is Hamburg’s luxury prison for long serving inmates. Renovated and reopened in 2011, the spacious cells include a bed, couch and the unique fascinating combination shower and toilet. Prisoners have machines to do their laundry and a small conference room. Can you imagine, a conference room, i wonder what these guys meet about. They may have formed a union for better wages and Saturday nights out.

These guys have better furniture than i do. The top-of-the-line prison in Sollentuna includes cells with comfortable mattresses and private bathrooms. After prisoners hit the weight room, they can cook up a meal in the state of the art kitchen before kicking back and watching TV on the couch. Sweden’s prison authorities are quick to point out that every square inch of the prison can be seen on a security camera.

Do you support persons living luxurious while Incarcerated? 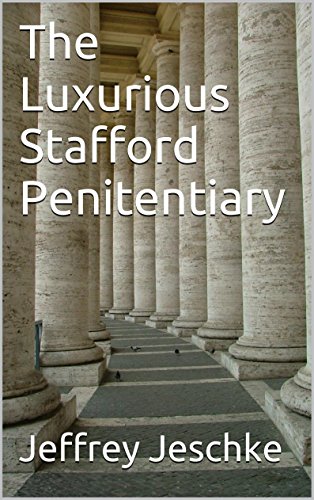 Many persons may find the idea of providing luxury services to prisoners as outrageous, bias and a waste of taxpayers money, and that all crime is crime and should be punished indiscriminately.While some will welcome a luxury reform to the prison system worldwide. It may not have to be five star ranking, but an upliftment from the rat holes that many countries call prison. No matter the crime committed, rape, burglary, abuse, fraud or murder, it was committed by a person to another person. no amount of bad treatment can undo a crime that was done, we can punish a person and no more. What should be the core of all prison systems is rehabilitation and reduce recidivism, if not putting an end to it.