Why I Fell in Love With Budapest

If you ask me, the most exciting city of Europe is Budapest. Although in the spring of 1913, right before my arrival I was complaining about this impossible idea of moving to a city I knew nothing about.

As I stepped out of the railway station I found myself in a middle of a lively European metropolitan city, partitioned by avenues and boulevards. And there I found the first operating underground railway on the European continent, opened to the public in 1896, and to my surprise most apartment buildings and tenements with elevators. I could go on and on how Budapest had greeted me.

The city at the beginning of the 20th century

The story of Budapest in a nutshell

Budapest, the capital of Hungary is a highly exciting city.

The first prehistoric settlements came in the Neolithic period. In the 3th century BC the Celts establish a settlement in the Gellert Hill. The town was occupied by the Romans a few years after AD, and built fortress system alongside the Danube river. After 409 the victory of the Huns over the Romans came Hun Empire, and after the fall of this empire came Longobards, Goths, Germanic troops, Avars etc.

In the 9th century AC Magyar (Hungarian) troops conquer the territory and unified the troops founding a new state: Hungary.

Until the 19th century Budapest doesn' t exist. The city of Budapest have been officially created on 17 November 1873 by the merger of the neighboring cities of Pest, Buda and Óbuda.

Budapest in the 19th Century

1. A City of Contrasts

it's East and West, simultaneously, with a hint of North and a touch of the South. All it's monuments from the Art Nouveau, along with the electric culture and cuisine all testify to it. I am greeted by wide, open spaces like Heroes Square and hidden coutryards like St. George's Garden in The Castle formerly known as Fortuna Inn. 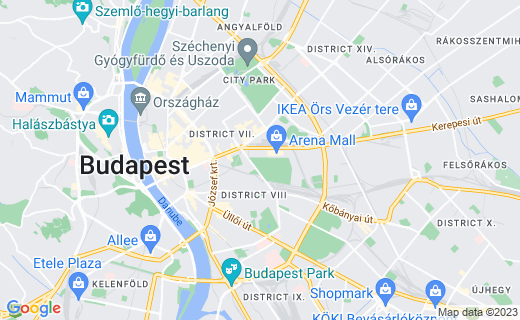 As we walking along the Grand Boulevard from the Buda side to Pest and back to Buda again, we can see it for ourselves: the alternating theatres, museums, residental buildings, hotels, coffee houses, and there, in the middle of the city, flows the mighty river, with various looking bridges and intriguing islands.

Walking on Margaret Bridge is the same experience as it was in 1913, even though the neighbourhoods on both sides underwent dramatic changes. When walking from Buda to Pest, the spectacular Parliament comes into view; the building`s silhouette for us English is both familiar and pleasing.

2. The history of Budapest goes back to the Roman Era

The city can be justifiably proud of its heritage dating back to the Roman Empire in areas such as Óbuda that have been continuously occupied. Virtually in every district we bump into captivating statues – do you happen to know about The Reading Girls in the City Park for instance, or the Philosophers` Garden at Gellert Hill? Wherever we go we read commemorative plaques of scientists, authors, poets placed on buildings once occupied by them.

3. It is impossible to be bored in this city

There are a multitude of theaters, museums, nightclubs to choose from. Hundreds of native and foreign artists work every day to make each and every show memorable for the audience. For example, the Opera House, is said to have the best acoustics in the world by Cecilia Bartoli, the renowed soprano, that I adore.

4. The only reason you can not find the restaurant that suits your taste is for lack of trying

Restaurants strive to satisfy their customers with Hungarian, French, Asian, Australian culinary choices, even bizarre combinations as Italian-Jewish or Italian-Hungarian courses. Many legendary confectioneries and restaurants have managed to survive both world wars.

5. Everyday I discover something new that heretofore escaped my attention

A pretty little corner, a hidden garden, an incomparably beautiful antique gate in the Castle District, a uniquely fabricated balcony or window – by keeping your eyes open you will find the beauty of Budapest in such tiny details.

Which one is your favourite place in Budapest?