In September 2005 I visited the Badshahi Mosque for the first time. It was September and for Pakistan the weather was cooler than summer, but for me newly arrived from England it was very hot. I travelled by rickshaw and on arrival gave my shoes to the man at the entrance to the Mosque who gave me a ticket with a number on it to reclaim them on coming out.

The sandstone floor of the Mosque was so hot I had to run into the shade and stay on the carpet that is laid across the ground, because my feet were burning. I noticed others were walking on the ground quite calmly as if it was cool. On going into the entrance an old man came up and offered his services as a guide. His name was Shamin and he said he spoke several languages. At first I did not want a guide but he kept following and was so persistent that we let him stay. He told the whole history of the Mosque but in a rambling sort of way. He said that the designs on the paintwork showed 5 leaves for the 5 prayers in the day. He also went into a corner and told me to stand with my ear to the wall on the opposite side and he whispered and the echo of his voice was heard.

Actually, I learned more of his history than that of the Mosque but he was an engaging old man. He acted as a bodyguard, if anyone got too close he sent them away. He was rather amusing but it was like a whistle stop tour. I suppose he was rushing around so he could go and find more people to guide around.

October 2008 I visited again and this time there was no sign of our old guide. I looked around but did not see him.

This time the ground was cool and the day was so pleasant and warm. Just like a summer day in England. Despite the fact that there were many more people this time, including lots of children, it was very peaceful. It is a beautiful place and I sat in the cool on the carpet and enjoyed the peace and tranquility.

As usual, in any place in Pakistan, it is not possible to be completely alone. A group of women passing who saw me sitting on the floor thought I must be a Muslim because I was wearing a shawl over my head. I had put this on to show respect for the Mosque. I posed for a photograph with them and with another group. So far all Pakistanis I have met want to have a photograph to show their friends that they have met a foreigner. This love for people for other countries is something I have not experienced anywhere else.

This mosque is directly opposite the Lahore Fort and was built during the reign of Emperor Aurengzeb in 1672 to 1674. He was one of the last great Mughal kings. The facade is similar to the Jama Masjid (Friday Mosque) in Delhi.

The Badshahi Mosque in Lahore is capable of holding 5,000 people and it was the largest mosque in Pakistan until the Faisal Mosque was built in Islamabad which holds 10,000 in the prayer hall and can hold up to another 64,000 outside. This will possibly be the subject of another hub.

I have added a short video which shows the road on the way to the Mosque. You can see that there are many people also walking in the street, and beggars who wait for cars to stop. Then there is one which shows the road outside the Mosque, the Fort and the Sikh Gurdwara which are all in the same place. You can see from this the life and colour and hear the sounds of Lahore.

Another thing that is very important is the Tomb of Allama Iqbal outside the Mosque which is guarded day and night. He was one of the founding fathers of Pakistan and a great poet and philosopher. His poetry is exquisite. 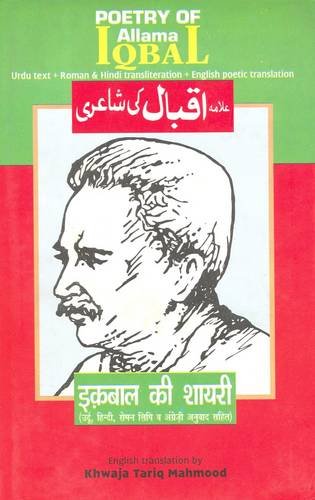