One the best decisions I made this summer was to go to the 31st Annual Northalsted Market Days in Chicago on August 11, 2012. For a reasonable eight dollar entrance fee it turned out to be an awesome street fest with almost 400 vendor booths lining both sides of the street offering tasty food, art, scents, fashion, and more.

Great music could be heard everywhere you went as bands were playing on four stages set up on all the cross streets. Amazing musicians and singers were playing all kinds of music during this two day street fest. The entertainment schedule was packed with great talent which included; Everelle, Levi Kreis, Jessica Sutta, He Said, She Said, Abba Salute, Isaiah Grass, The Pointer Sisters, Sheena Easton, and The Handcuffs for starters.

If you were hungry you didn't have to go far. A wide variety of food vendors were selling funnel cakes, egg rolls, veggie dishes, to name a few. It was nice to just pay cash for your food without having to get in a line to buy a ticket and then get in another line to buy the food. If you were thirsty drink choices varied from locally brewed beers, mixed drinks, soda, and water.

Various businesses were giving away free items like tote bags, fans, and back packs. A black back pack I was given had a current Sports Illustrated and Time magazine inside.

All the regular shops, bars and restaurants were open for business too, making it even more exciting to venture up and down the street.

The first band I was able to see and hear was "He Said, She Said!" which got the crowd dancing with hands in the air shouting and jumping up and down to tunes from the 80's and 90's to present day. Apparently I can't jump and shout like I used to because I hurt my hip having so much fun.

After some crazy dancing in the street a cold drink was in order. Thankfully the D.S. Tequila Company bar was only a few doors down and kiddie corner from the Roscoe Stage.

My husband and I had a nice time here relaxing and talking with a couple from St. Louis who were specifically visiting Chicago for this event. One of the guys had been to Market Days three years in row.

The outdoor deck area of the bar had a perfect view of the street for people watching and a good sized dance floor. The ceiling was strung with festive colorful life preservers.

The next exciting performer to take the Roscoe Stage was "Isaiah Grass" a young artist working on launching his first album. He was high energy on stage with his back up dance team swirling around him. His deep haunting voice filled the street bringing the crowd closer to see who was making that awesome sound. From what I saw and heard I think this young man has a great career ahead of him! Take a minute and listen to the video clip in this hub and check out his web site and judge for yourself.

"The Handcuffs" at Market Days

The band "The Handcuffs" rocked the Belmont Stage with the lead singer Chloe F. Orwell who belted out song after song making it look easy. This is a fun and quirky band that has a way of delivering rock music that makes you want see and hear more!

Mixing up a Vogue color blocking fashion trend with a British vibe, "The Handcuff" band members pull off an eclectic look that not only works for each of them individually but as a whole on stage. So glad I had a chance to see and hear them perform live! 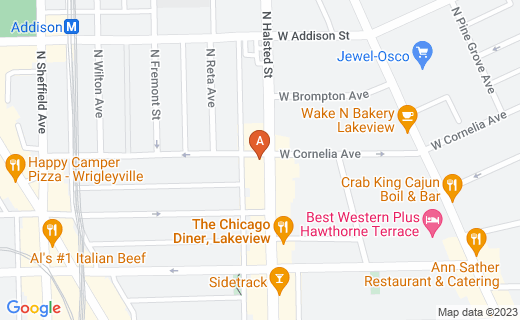 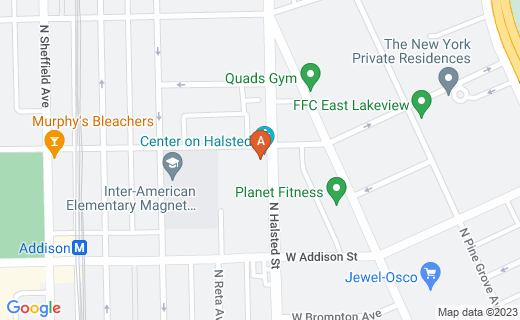