Of Airlines And Inflight Service

I have had the good fortune to have experienced the inflight service of some of the very best airlines in the world. In this article, I would like to focus on my impressions on two of the world's best.

My opinion is the result of having experienced the service on board these two airlines first hand.

It was the year 1980 when I made my first voyage by air. It was an official trip, and the travel staff, instructed by my boss, selected an airline, the schedule of which matched the date and timing that was required for this journey.

I was excited about the prospect of flying that I did not pay any attention to brands where airlines were concerned.

My fate was such that my first flight would be on Singapore Airlines.

Previously I had seen the Singapore Airlines advertisement on television. It was a colorful one indeed, with the well groomed smiling hostesses in their typical uniforms serving happy looking passengers. These ads were telecast very often.

The ads displayed scenes of the elegant aircraft sailing into the clouds, and the haunting music which accompanied these visuals, terminating in the dramatic phrase "Singapore girl, you are a great way to fly."

There were several versions of this ad, telecast at random, all of them ended with their trademark phrase.

The Hospitality Extended To Passengers

When I boarded the Singapore Airlines flight I was greeted by the members of the cabin crew and a flight attendant guided me to my seat.

Although this was my very first flight, everything on board seemed familiar. I suppose having viewed so many of their advertisements dozens and dozens of times on TV was the cause of simulating such familiarity although in reality it was the very first time.

I did not carry any hand luggage with the exception of my briefcase. As I seated myself, I checked out if my documents were in order. Ticket, passport, travelers checks, hotel voucher and so on.

Before long, the announcement came on the system, "Good evening ladies and gentlemen, welcome on board our flight Singapore Airlines ... ... ... please put your seats upright, fasten your safety belts and extinguish your cigarettes."

Smoking was permitted at that time on all flights irrespective of the duration or destination. There was a section for smokers and one for non smokers too. The announcement was targeted at those who were active in the smoking section. 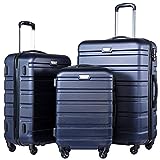 I looked around for the safety belt and found none. So I said to myself, "why the heck should I bother about any safety belt?" "they have not given me one!"

I wanted to abide by the requirements but as I had not been given a safety belt at least I would have liked to put my seat upright, but there was no lever to raise in order to put the seat in the upright position either.

I felt around for the lever expecting to find one just like I do in the car. There was no lever at all! However I noticed a button, just below the hand rest but I thought that was meant to draw the attention of an in-flight attendant.

I did not know what to do so I did exactly what I knew. Nothing! Then ... a stewardess who was on a reconnaissance walk on the aisle stopped by me, and smiling, bent her head forward.

Her experience had indicated to her that I needed a little bit of help in familiarising myself with this "new" environment. "New" indeed was this environment to me!

She drew my attention to her stretched thumb and brought it down on that very same button on the side of the handle of my seat. Depressing the button with her thumb she gently brought the backrest of my seat to the upright position with her other hand.

Then I understood it all. The knob instead of a lever worked a mechanism causing the backrest to spring to it's upright position just like it happens in the car. She then reached out into the sides of my seat and fished out the two ends of the safety belt!

So, they had given me a safety belt after all! It's just that I've been sitting on it! She then drew my attention to the ends of the safety belt, brought them together and snapped it into a locked position. She then released the lever on the buckle and drew out one loose end of the belt, showing me how to tighten it if I needed to. Then she smiled, nodded and left. It all happened very quickly and not a word was spoken.

She was a fantastic air hostess I thought! She was the best exponent of sign language that I had ever "seen." Now I know how to put my seat upright and how to fasten my seat belt, how to tighten it, and also how to unfasten it. I was already a seasoned traveller. Make way for the seasoned traveller and potential globetrotter!

The meals were served elegantly and of course with a smile. I noticed that the cabin crew were paying attention to all the passengers irrespective of their needs!

In other words, you cannot escape their hospitality even if you pretend to doze off! I was woken up for the hot towel, and just in time to hear the announcement that Schipol International Airport was just a few minutes away.

I am certain that Singapore Airlines keeps updating their cabin crew training very often, and that top-most priority is given to cabin crew's attitude and hospitality towards passengers.

I believe they are taught to identify newbies and the areas in which they need attention. This is exactly what that sign-language expert did! After all, Singapore Airlines is a great way to fly!

After that occasion I had always expressed a preference for Singapore Airlines whenever the need arose for a trip overseas. Indeed I have been fortunate and my preference has been considered and granted on many occasions afterwards!

Nearly one year later I boarded a Swiss Air flight. I had never seen any of their advertisements and so nothing other than the seating configuration seemed familiar on entering the cabin.

I knew exactly what to do when the announcements came on. The fastening of the safety belt and the rest. I am a seasoned traveller, remember?

A few minutes after reaching cruising altitude, the meal was served. After the meal, I noticed that there was just one sachet of sugar to sweeten the tea. One sachet would hardly cause any noticeable change in the tea. I wanted more.

My request was made to a passing flight attendant. Real smart looking guy he was. He instantly reacted by saying "more sugar? certainly!" It took him just a few seconds to fetch the sugar. He carefully placed three sachets of sugar on my tray saying "voila monsieur!"

It was not over yet! Minutes later when passing my seat, he stops, bends his head forward to enable better hearing, and says "is there anything else I can do for you sir?"

I had the good fortune of flying Swiss Air once more and found the cabin crew to be extremely efficient not only in terms of hospitality. Excellent hospitality even sans the smile is possible and of course welcome.

The Swiss Air cabin crew never overdid anything. Their brand was totally different. The airline was very much in demand, and getting seats on a Swiss Air flight was not all that easy. Unfortunately Swiss Air does not fly any more. They have been replaced by an airline with a similar sounding name.

Thai Airways International is another airline that I have had the good fortune to have experienced.

With the many surprise extras thrown in, the national carrier of Thailand flies as high as any other of the top international airlines.

"Smooth as silk!" That's their code! I have discussed Thai Airways International in another article in which I describe my visits to the city of Bangkok.

Action And Drama - From The Same Author