Nolen is a frequent traveler and has visited La Jolla California several times.

Outside Of The Cave Store, Home Of The Entrance To Sunny Jim Cave

On a recent trip to La Jolla, California, (which is just a hop, skip and a jump away from San Diego,) we visited Sunny Jim Cave. It is a must see destination if you are looking for off beat things to do in San Diego.

We first learned about this unique sea cave, which is located approximately halfway out to sea along the left hand side of La Jolla Cove, from our kayak tour guide. Although we did kayak inside a couple of the beautiful sea caves along the shore as part of a tour from Everyday California Tours, we did not enter Sunny Jim Cave by kayak.

Instead we walked up the hill to the Cave Store, which is a tourist shop and also the location of a hidden tunnel which goes down over 200' to Sunny Jim Cave.

The cave gets its name from a 1920's cartoon cereal mascot of Force Cereal, a British company. Supposedly the entrance to the cave looks somewhat like the cartoon character but this was not clear to us from looking at the entrance ourselves. The cave was given its name by Frank Baum, the author of "The Wizard Of Oz."

Be Sure To Visit La Jolla's Other Sea Caves By Kayak!

Each of the sea caves has an unique and rich history. Shopping Cart for example, is known to locals as the place where any item dropped into La Jolla Cove eventually ends up. On our visit in late 2015 our guide told us that snorkelers had found half a dozen GoPro cameras and several pairs of nice sunglasses. White Lady sea cave is believed to be home to a ghost, whose appears in silhouette in the sea foam when the waves are breaking into the cave.

All of the sea caves in La Jolla were formed from cracks and breaks in the 65 million year old Cretaceous era Point Loma limestone formation. Age and weathering, along with iron oxide and other minerals in the rock formation have created a unique palate of colors in the rock. These colors seem to change during the day as the lighting changes. This along with changing sea conditions means that no two trips to the Sunny Jim Cave are hardly the same.

Note: Stairs can be slippery at times, especially during heavy sea spray days. Wear tennis shoes or other footwear with good traction and be sure to hold on to handrails on the way down. 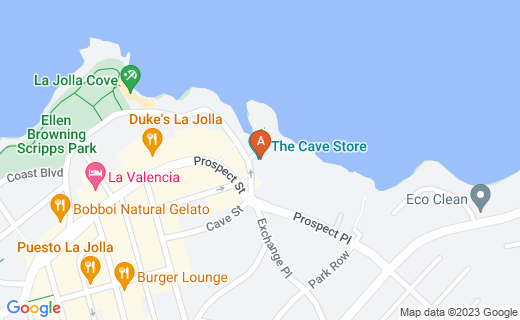 Map of how to get to Sunny Jim Cave entrance in La Jolla. 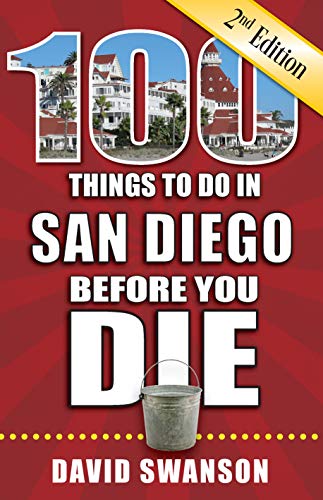 Who Built The Tunnel Down To Sunny Jim Cave In La Jolla?

In 1901 one time owner of the home that is now the Cave Store, a man named Gustav Schultz, hired only two Chinese laborers and had them begin digging a tunnel more than 200' down to the shore, into Sunny Jim Cave. Using only crude tools, the laborers carved 145 stone steps into solid limestone over a two year period. Remarkably the two man crew's excavation came out almost exactly where Schultz had planned it to when they broke through into the cave.

The cave has a rich history as home to a Prohibition era speakeasy, storage depot for rum smugglers and hideout for outlaws.

If you are looking for offbeat La Jolla places, this is definitely one of them and well worth the small admission fee.