The Big River is a National Scenic Byway

In 1996, the Ohio River Scenic Byway became one of the 14 National Scenic Byways first chosen in the United States.

This honor gives the river, translated as Big River from the local Native American name, a distinction not unlike that of being one of the 13 Original Colonies.

The Ohio River is commemorated in the State Song, Beautiful Ohio, and passes through 14 different counties between Indiana and Pennsylvania. In West Virginia and Kentucky, it has sometimes been called Big Sandy River. The place farthest to the south in the state is a city called South Point, which sits along the river and enjoys its own festival to celebrate its location.

The Iroquois Confederacy, the oldest representative Democracy in the world, named our river Ohio, which means "Big River."

The name was given a twist by the wonderful French traders to become "The Beautiful" or "La Belle Riviere" - as if to say there is only one beautiful river and none other like it.

I had a Mohawk-French ancestor at the Battle of Fort Pitt 300+ years ago. He translated for the British, Natives, and Colonists. It was always Big River to him.

Our Big River flows from northeast to southwest toward the Mississippi River, their waters mixing and flowing into the Gulf of Mexico at the wonderful city of New Orleans, where Fats Domino still lives, despite flooding and anything else that came his way.

The river is the natural and official boundary between Ohio and West Virginia and Ohio and Kentucky. Flowing westward, the river forms the southern boundary of Indiana and Illinois, each state having numerous points of interest along the highways nearby, with additional places to see on islands in the river.

Moving eastward, the portion of this famous waterway in our state is separated into Western, Central, and Eastern segments of the Upper Ohio River. You might take a week or two to visit our cities and monuments across 14 counties and take pictures for an online scrapbook to share with social media friends and family.

When you visit, you can plan on using your automobile or half a dozen other modes of movement - see it all by car, kayak, paddleboat, train, bicycle or Segway.

East and West Terminuses and Southernmost Point of Ohio 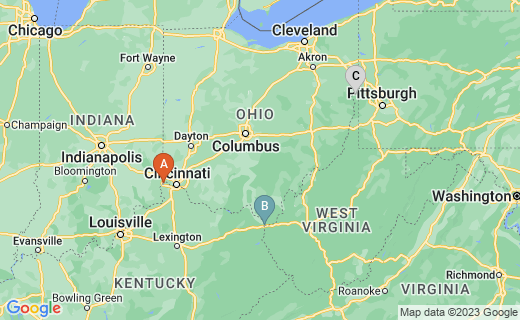 Important Cities to See on the River

The river goes on to border Indiana, Illinois, and Kentucky to Cairo, Illinois and the Mississippi River. The entire waterway is used by business and the public. 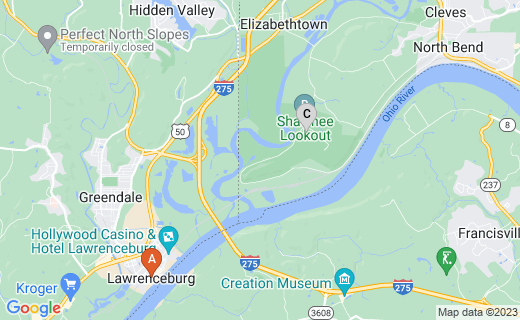 The ghost ship was assigned to Thomas Edison by the US Department of the Navy. He used it to research many of his inventions.

NavSource Online tells us that the Sachem is a Coastal Patrol Yacht from 1902, first named Celt, renamed Sachem.

The US Navy took the ship in 1917 near the end of WWI. After the war, it changed hands several times and became a fishing boat.The US Navy bought it again for WWII, renamed the Phenakite.

After the world wear, the ship changed hands several times, renamed Sachem and then Sightseer. The ship was found in a tributary of the the Ohio River near Lawrenceburg, Indiana and can be seen under the water, like the sunken ships in Bay City, Michigan.

The ghost ship was assigned to Thomas Edison by the US Department of the Navy. He used it to research many of his inventions. A bust of Thomas Edison stands at the front entrance of the United State Naval Research Laboratory in Washington DC. Find the ghost ship near:

A number of Native American artifacts have been discovered here by crews from the University of Cincinnati who have been digging around the native earthworks.

A wildlife refuge is also on site at Ulmansiek Wildlife Sanctuary. A golf course and several other venues are within this area and winter sports are popular.

Cincinnati Paddlefest and Other Activities 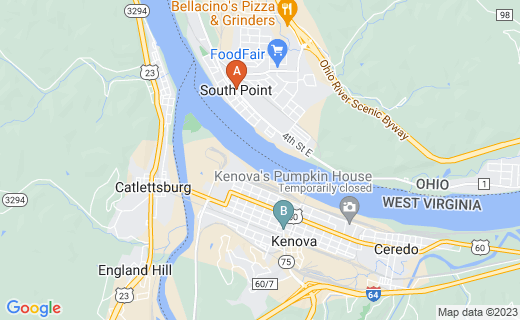 The name of this town indicates that this is where three states join: Kentucky, Ohio, and West Virginia. 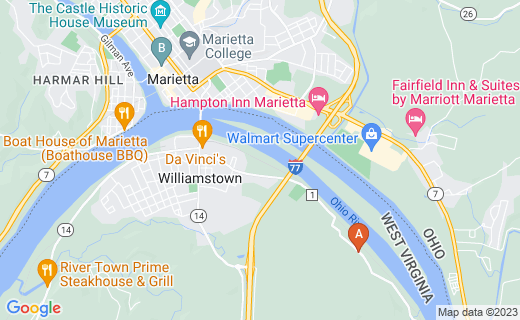 A Wildlife Refuge in the River

Our state's Ohio River Islands National Wildlife Refuge is a remarkable place opened in 1990 for preserving the wildlife and native plants in the local floodplain. It has twenty-two islands gathered in the middle of the river, along with four area of mainland, all extending around 360 miles through the waterway.The underwater world is as fascinating that that above ground, including parts of the states of West Virginia, Pennsylvania, and Kentucky.

Our national refuge islands are being reforested after decades of local farming, oil and gas extraction (increasing in Southeastern Ohio), and some mining activities.

This is a great place on the river for bird watching! Migratory birds and some underwater life are highlighted to visitors by literature about the refuge through the Ohio Department Of Natural Resources. 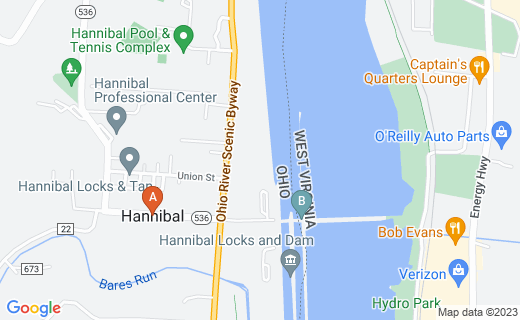 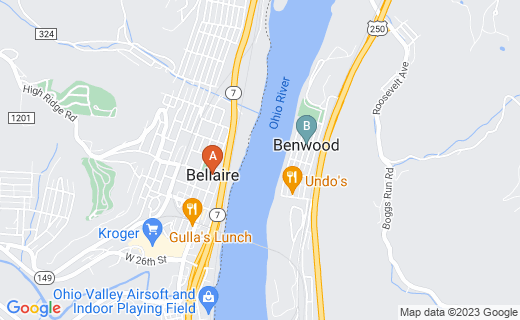 Automobile Tours Along the Ohio River

Traveling by car, take the Ohio River Scenic Byway along the river's edge.Start at US 50 at the Indiana border, follow US 52, State Route 7, State Route 124, and State Route 39 along the Ohio side of the river all the way to East Liverpool at the Pennsylvania border.

The Ohio River Scenic Byway also runs through Indiana and Illinois as a National Scenic Byway.

Accommodations along the river route include motels, B&Bs, camping sites, and some RV parks

Amtrak Routes Along the River

The Cardinal Route of Amtrak is the only train servicing Southern Ohio, extending from Chicago to Indianapolis, Cincinnati, Washington DC, New York City. This line is called the Cardinal, because that bird is the state bird of all six states through which its tracks run.

Along or near the Ohio River bordering Ohio, the Amtrak passenger trains stop here:

Along the Ohio River Scenic Byway highway routes, travelers can find several places to rent a kayak or launch their own, along with trails for bike riding and hiking.