Washington’s Olympic Peninsula is a place of diverse natural beauty, and no place is more beautiful than the rugged coastline that borders the Olympic National Park. There are three distinct regions of the Olympic National Park: the mountains, the rain forest and the coast. Because each area not only boasts of it’s own ecosystem, but is totally different from the others, I have chosen to write separate articles about each area.

Views of the Pacific Ocean in the Olympic National Park

The Olympic National Park coastline is a 48 mile stretch of wilderness, one of the longest uninhabited coastal areas of the U.S. Sea Lions, eagles, seals, otters, whales and numerous sea birds live in this area. You have a good chance of seeing many forms of wildlife if you take time to walk along the coastline or hike some of the coastal trails.

Along much of Washington's rugged and rocky coast you will find fantastic rock formations sprouting from the water. Walk along the shoreline during low tide to see many different sea creatures in the shallow tide pools, but always check the tide schedules before you go exploring the shoreline. Tides can come in quickly, and strand the unwary hiker by cutting off the return route.

Campgrounds with a View on the Olympic Coast

Kolaloch, with 170 sites (drinking water and dump station available), sits on a bluff 50’ above the beach. Many of the campsites are wooded, though some are in open areas with a view of the Pacific. South Beach, a few miles farther south, has no facilities. This campground is also situated on a high bluff, but sites are free of trees and brush. There are quite a few sites where RVers can park parallel to the ocean.

In places, high bluffs look down on beaches which are often strewn with giant timbers. These trees are washed down from the mountains during storms and carried into the ocean by the rushing water. After being tossed and tumbled in the ocean, they are tossed ashore, often piled like giant match sticks on the beaches. These timbers provide shelter and food for various birds and other wildlife along the coast. Don’t plan on swimming in this area as the waters are cold and treacherous with huge logs floating just beneath the surface.

Two of the park’s coastal campgrounds overlook such beaches: Kolaloch and South Beach (see below for more information). If you are lucky, as we were, you can get a campsite with an ocean view and a trail to the beach where you can get a close-up view. You won’t miss little luxuries like electricity when you can view a Pacific sunset while sipping a glass of wine before the campfire in your campsite.

Lodging in the National Park

How to prepare for your visit to the Olympic coast

Make your visit to the Olympic coast even better by going well-prepared. Be sure to stop into one of the visitor centers to pick up local maps as well as a map of the Olympic National Park. Rangers can also give you maps of trails and suggest walks suitable for your activity level. For your own comfort, safety and enjoyment, pack a small pack with the following items: 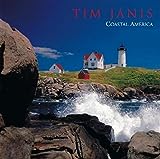 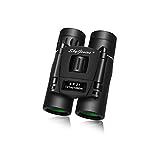 Joining the HubPages community is free, and it's fun! Click here for more information and to sign up: HubPages

Camping in the Olympic National Park

If you are RV camping in Olympic National Park, it’s usually best to call ahead to check on size restrictions. Size limits range from 21’ to 35’ for RVs. Fees range from $12-18 a night, but if you are disabled or a senior with an America the Beautiful pass, you will get a 50% discount on camping. Dump stations are available for a $5 fee at the Fairholme, Hoh, Kalaloch, Mora and Sol Duc campgrounds.

Travel the World on a Hub!

This article is part of a series in which HubPages community members share insider tips about their hometowns and surrounding area and places they've personally experienced.

If you enjoyed this article on tihe Olympic National Park in Washington, you might also enjoy this article on Camping on Vancouver Island - British Columbia, Canada. It's just a ferry ride away!